City councilors and people from all across Albuquerque spent more than two hours talking about Safe Outdoor Spaces, and the proposed moratorium on the application process.

The proposed moratorium came from City Councilor Brook Bassan, who initially approved the Safe Outdoor Spaces idea. She pulled support after her constituents fiercely opposed it.

But the moratorium is just one piece of the Safe Outdoor Spaces puzzle.

The moratorium would put a pause on applications for up to a year, but now, other city councilors are bringing new proposals to the table. 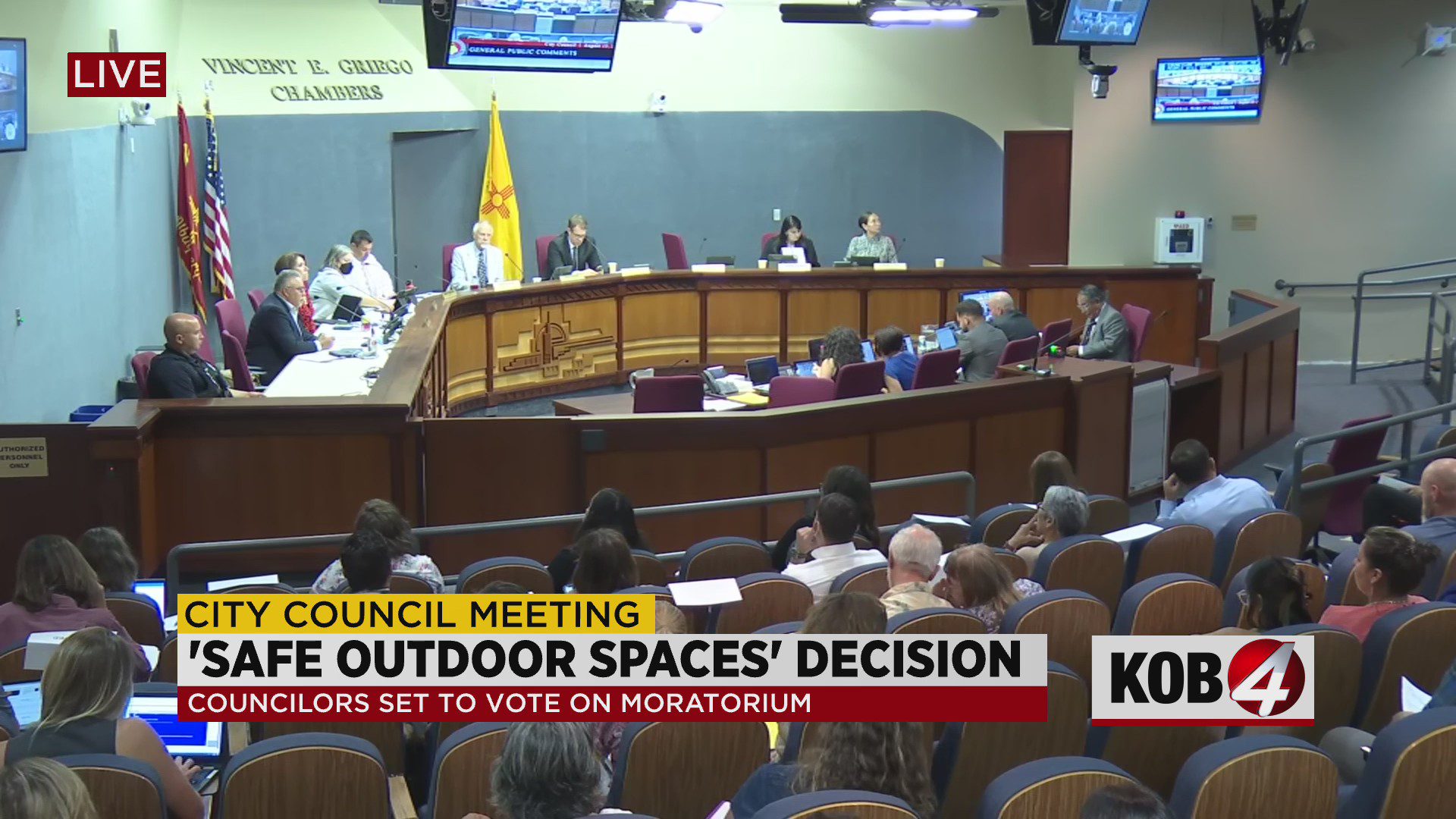 City Councilor Dan Lewis also has a couple of things in the works. He has an amendment to build on Bassan’s moratorium. It would stop any Safe Outdoor Spaces that are still in process, without a final certificate of occupancy from the city.

He also wants the city to take the funds that are already earmarked in the budget for Safe Outdoor Spaces and use them in other ways to help the homeless, including the Gateway Center.

“The voters approved the Gateway Center and we’ve invested a good amount of money in that project, and so this will be money that will go toward the operations of that facility to again provide the services to the unsheltered that are desperately needed right now,” said Lewis.

Bassan also has legislation in the works to remove the Safe Outdoor Spaces language from all zoning rules. But it could be a couple of months until people see that come up for discussion if the moratorium passes Monday night.

There are three different pieces of legislation in the works right now to stop Safe Outdoor Spaces.

There is one approved space on Menaul near the Big-I that’s ready to move forward. There are two still under review, and the Planning Department denied two applications.

If any other space is approved before the potential moratorium goes into effect, it will also be able to move forward. But based on the city council’s vote Monday, Mayor Tim Keller could have the option to veto, and keep the Safe Outdoor Spaces idea alive.