The city already approved one Safe Outdoor Space on Menaul near the Big-I. Six more applications have been submitted and were in the review process before the city council voted to put the project on hold. City officials confirmed all of those plans are in a holding pattern until the city council votes.

Regardless of the city council’s decision, people in Albuquerque, including the homeless, say something needs to change.

“We could help them, we could do better. But instead, we kind of just let them live on the side of the road” said Albuquerque resident Kayleigh Babcock. 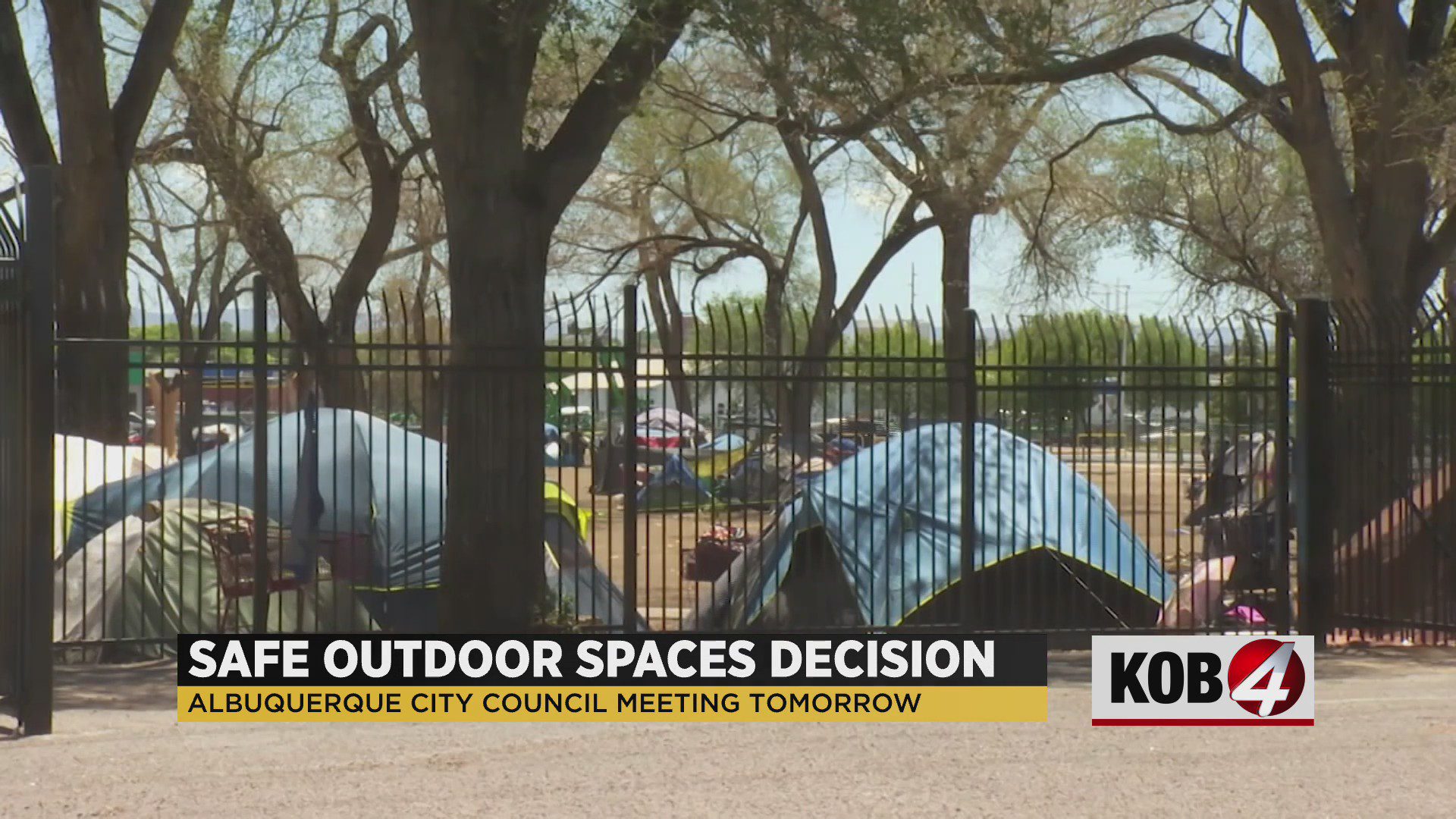 The Safe Outdoor Spaces idea was meant to be part of that help. It was proposed as an option in-between the traditional homeless shelters and unregulated encampments at city parks.

“The homeless community told us ‘we need a safe space to be camped if you are going to kick us out of the park give us a better option,’” said District 6 City Councilor Pat Davis back in June.

The city council’s recent decision to put the program on hold and the city’s sudden closing of long trouble Coronado Park have put many of Albuquerque’s homeless back at square one.

“They don’t know where to go. They’re misplaced right now and so a lot of them are ending up in various neighborhoods and spaces that we wouldn’t normally see them,” said Danielle Muriel, an Albuquerque resident.

Some residents also say the homeless are blocking traffic.

“They cross the roads, you know, begging for money and stuff like that,” said Albuquerque resident Donna Gonzales. “I mean, I don’t know how many of these guys get in front of a car, and they’re gonna get hit one of these days.”

KOB 4 spoke to a homeless man who says he’s been on the other side of those confrontations.

“I’ve been run off the road twice. One time, the guy got up and he was chasing me with a knife,” said Sam Montoya.

Montoya says he’s been living on the streets for about a year after his house burned down. He says a Safe Outdoor Space is something he would gladly use.

Montoya says he’s gotten help from the city before. He received a housing voucher at one point, but says the motel he was sent to was infested with bugs. He also says the Westside Emergency Shelter was too violent for him and his Chihuahua.

“There’s nothing but fights up there, and drugs. I mean, there’s dogs that are trying to kill my little dog,” Montoya said.

Six city councilors voted to place a moratorium on the Safe Outdoor Spaces project in August. It will take that same number to overturn Mayor Keller’s veto.