City councilors narrowly approved the program earlier this month. But Bassan is planning to ask councilors Wednesday night to introduce two resolutions that would first block those sanctioned camps from ever getting off the ground, and then entirely remove the phrase Safe Outdoor Spaces from any legislation.

On Wednesday, she said the proposal is just not right for Albuquerque at this time.

“It requires more funding, more infrastructure, more planning, more oversight, more organization. And it is definitely something that will take a lot more work,” said Bassan.

Bassan said the Safe Outdoor Spaces proposal was meant to do two things:

After what she’s calling an outcry from concerned residents – she wants to go back to the drawing board. 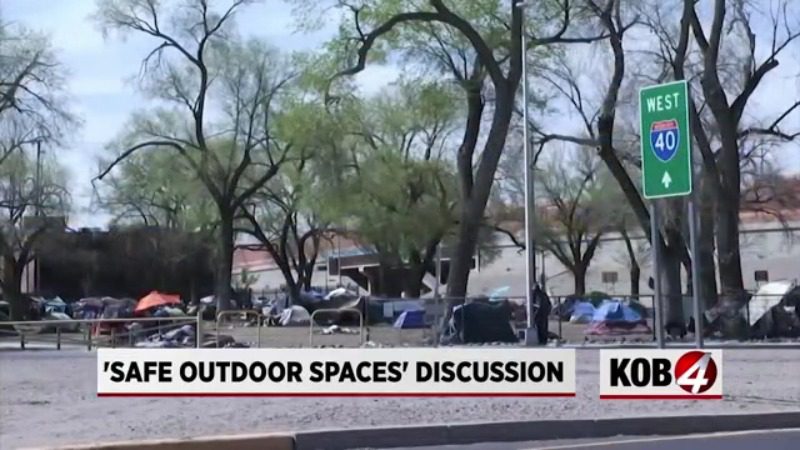 “Although, I thought this was a good idea and a step forward in the right direction. The city is making it very clear this is not what they want,” Bassan said.

She believes misinformation about the proposal has left many residents firmly against the idea, even before the city attempted a trial run.

“If we can’t reassure the public and the people of Albuquerque, that this is going to be a different path forward that will be effective without causing more crime, danger and chaos than we shouldn’t be doing it yet,” said Bassan.

This is not the first time city councilors have back-tracked. Albuquerque City Councilor Renee Grout recently introduced a resolution to re-allocate Planned Parenthood funding from the mayor’s already approved budget.

“People have made it very clear that we are making decisions and then pretty quickly changing our mind. It’s an indicator to me that we should slow down,” Bassan said.

She believes city leaders need to fully research solutions before moving forward with them, and they should avoid reworking the same ideas that have failed in the past.

“We have to come up with something more. And I believe that maybe the public should be the ones to come to us with ideas to help,” said Bassan.

Bassan is planning to introduce resolutions during an already busy meeting. Councilors are expected to discuss a different resolution that would task the city with outlining the rules for Safe Outdoor Spaces.

Albuquerque City Councilor Pat Davis said all these bills are sending the entire proposal back into the mayor’s court.