ALBUQUERQUE, N.M. — Dozens of Albuquerque citizens drew a hard line in the sand recently, stating they do not want any talk of sanctioned homeless camps in their neighborhoods – and they made sure their city councilor knew so Thursday night.

City Councilor Brook Bassan confirmed there are no plans in the northeast heights for what the city is calling a ‘Safe Outdoor Space’. City officials say these spaces could help our city’s homeless problem but neighbors are concerned because of how illegal encampments, such as Coronado Park, currently operate.

“This Coronado Park is just a model of what the new encampments are going to be,” Ralph DiPalma said.

DiPalma volunteers to help the homeless at the park. He says more encampments would mean more problems.

“There’s human waste all over, there’s drug trafficking,” he added. 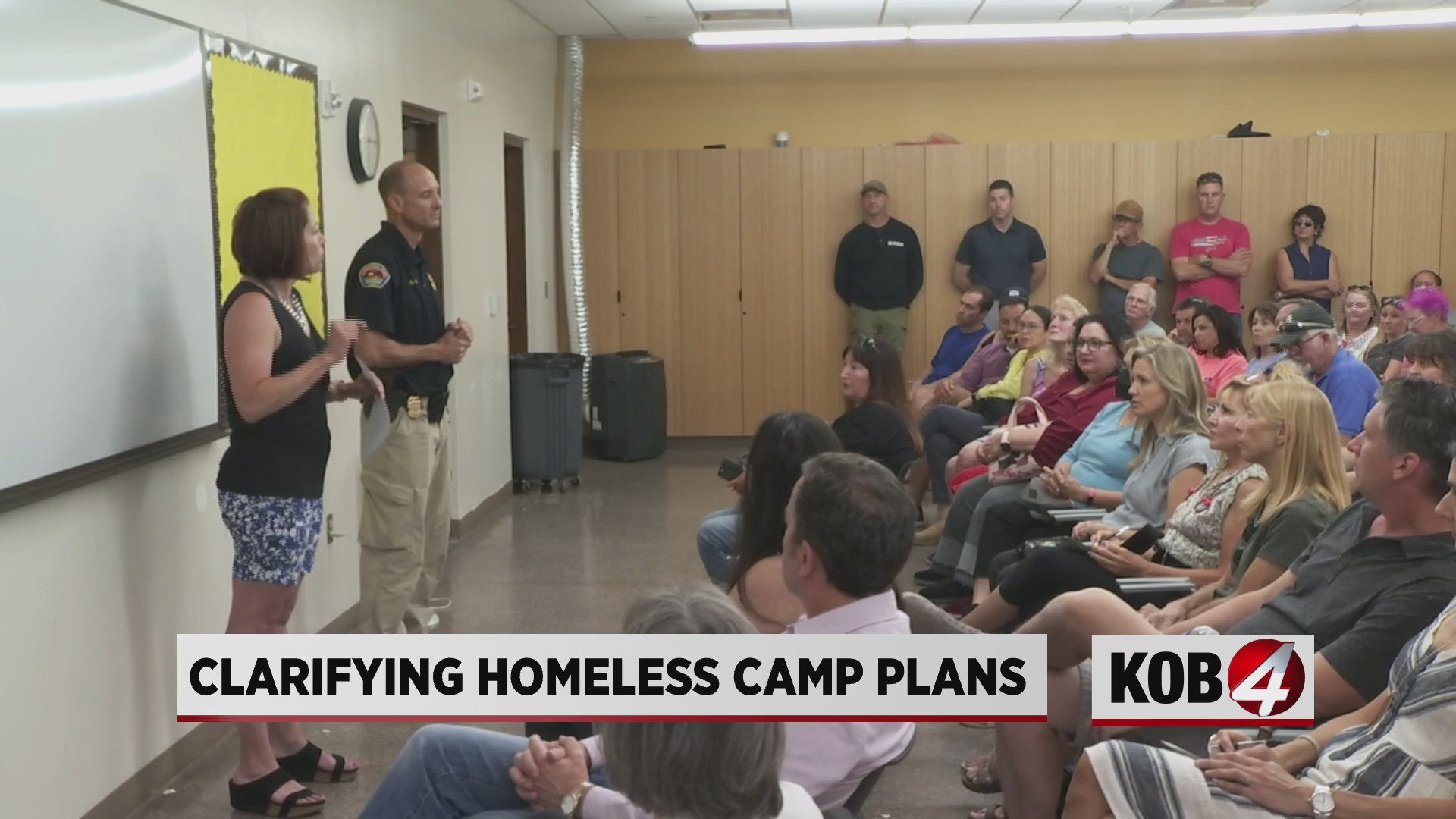 “If the city can’t get control over Coronado Park, what faith should the rest of us have that these new safe outdoor spaces, that the city wants to do, will be able to control those?” questioned Doreen McKnight, president of the Wells Park Neighborhood Association.

McKnight says she doesn’t have much faith that things will be any better in the city’s spaces, given how things have gone at Coronado Park.

Mayor Keller rebutted, “The spaces have security, they have rules to follow and they also have on-site service delivery. They’re very different.”

Chopper 4 flew over Albuquerque and found tents in not only parks but also near arroyos and underpasses. This is part of the reason why City Councilor Bassan, explained to her constituents Thursday night why she voted to approve the safe spaces.

Bassan explained, “It was an answer to the community saying ‘We don’t want encampments in front of our businesses, at city parks, in front of our homes, on private property anywhere in the city.’ I am supportive of creating a lot where people, who want to live in a tent, for whatever their reason is, have to go to that designated location instead of just anywhere in Albuquerque – which would, in turn, allow APD to start actually being able to enforce the laws to a fuller extent.

Mayor Keller says, after losing out on state money to address the city’s homelessness, he’s open to all options.

“We support all the tools available and we need that too,” the mayor said. “We have churches who are waiting to do sanctioned encampments where people will be safe.”

Next Wednesday, the Albuquerque City Council is set to vote on some big issues – one will address zoning changes to open the door for safe spaces and another would create a working group to hammer out the specific rules for these safe spaces.