ALBUQUERQUE, N.M. – There are new worries about a salmonella outbreak at a Jif peanut butter facility in Kentucky.

The Food and Drug Administration and the Centers for Disease Control are investigating the outbreak that spans about a dozen states so far.

So far, New Mexico is not listed among the states where people have gotten sick. But, the contaminated peanut butter may be what made a dog very sick here.

Dog owner Dr. Victor Strasburger says his dog, Maggie Mae, ate some of the peanut butter in question. He says Maggie was already recovering from a broken leg – when just a little bit of peanut butter sent her back to the animal hospital almost for good. 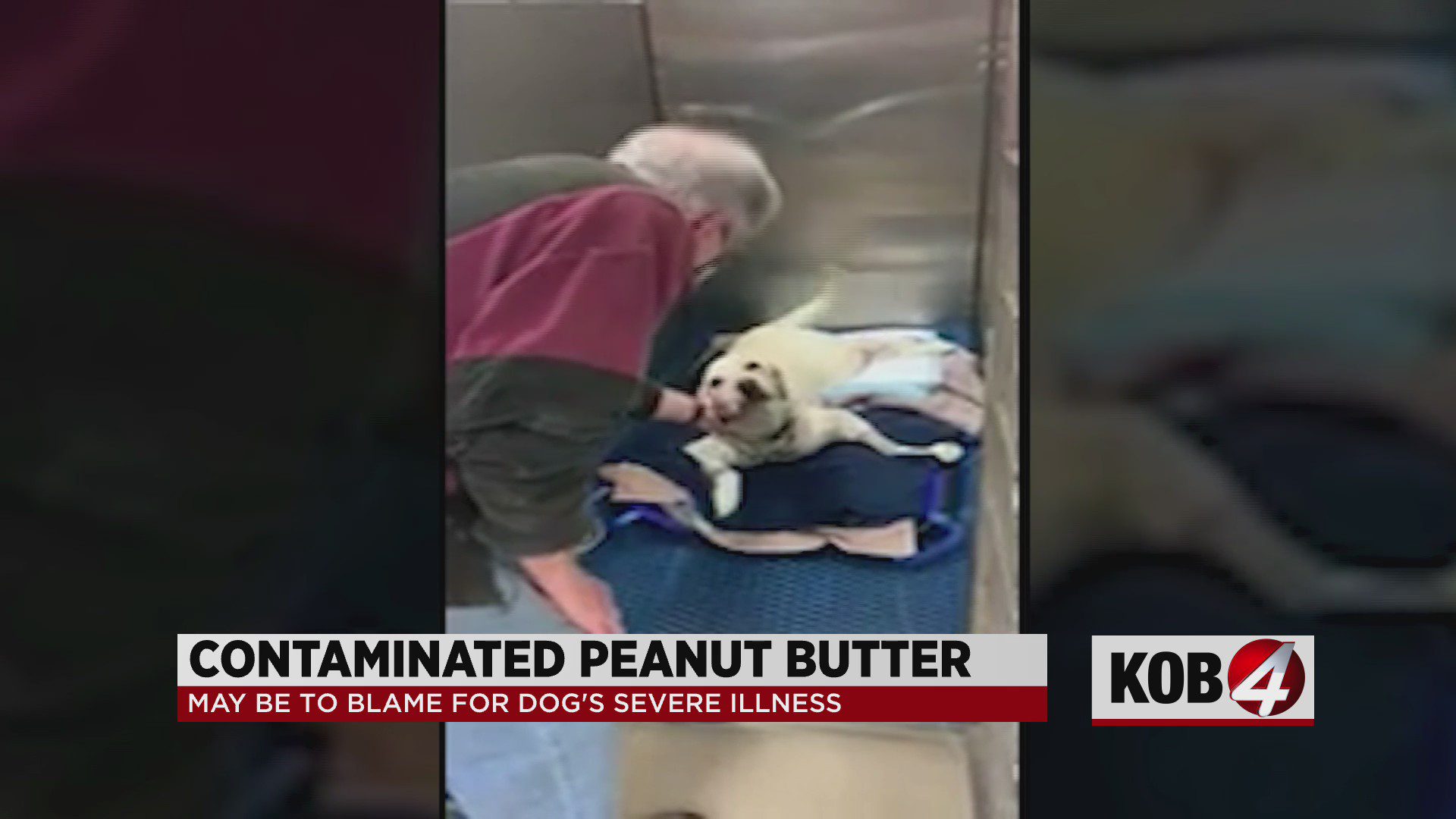 Strasburger was out of town when his dog-sitter give Maggie a little bit of Jif peanut butter so she would take her arthritis medication. Little did they know that would send her straight to the emergency room.

“She got the peanut butter on a Friday and Saturday, she started vomiting profusely, had bloody diarrhea, and had a brief seizure,” said Strasburger.

He says Maggie was fighting for her life in the animal hospital for nearly a week. The veterinarians tossed around a few diagnoses and at one point even suggests putting her down.

Strasburger says that was always out of the question.

“I mean, she’s provided a service to, to me, to so many people. I just couldn’t see doing it any other way,” Strasburger said.

Maggie is no ordinary dog, she’s a therapy dog who spent a decade keeping air travelers calm at the Sunport.

“She’s been petted by more than 40,000 people, including Seth Rogen and members of the Breaking Bad cast and the governor of New Mexico,” said Strasburger.

Strasburger says his own medical training helped him theorize she could have salmonella poising. The vets agreed and put her on several antibiotics. But the next question – where did she get it?

“When the recall came out, My neighbor called me and said, we’ve got a problem. This is on the list,” Strasburger said.

Starsburger checked the numbers on the jar, and they matched up with the recall. So, he called Jif and asked them to pay Maggie Mae’s $8,000 medical bill.

“It seems to me it would be fair for them to reimburse me. And so that’s what I asked them to do. Many days ago, and I have not heard back from them,” Strasburger said.

Strasburger says there’s no way to prove she had salmonella after the fact, so there’s not much of a legal case. But as for Maggie Mae:

Strasburger’s neighbor says she bought the peanut butter at the Smith’s on 4th Street but doesn’t remember exactly when.

He says the entire incident delayed the recovery on Maggie Mae’s leg, but vets say she’ll be up and running again in about four to six weeks.