ALBUQUERQUE, N.M. – New Mexico is still seeing prices well above where they were last year, still sitting above $4 a gallon but some fortunate drivers here in Albuquerque got quite the discount Saturday morning.

For just four hours Saturday gas prices at Chronic Kings on Broadway and Lomas were $2.38 a gallon.

A lot of drivers took advantage of the discount, some waited up to 2 hours in line for the discount, but they said it was all worth it to fill up without breaking the bank.

“I have been out here for two hours now, and I would wait two hours for $2 off the gallon,”said Michael Landis.

It’s no secret that wallets are bleeding at the pump. 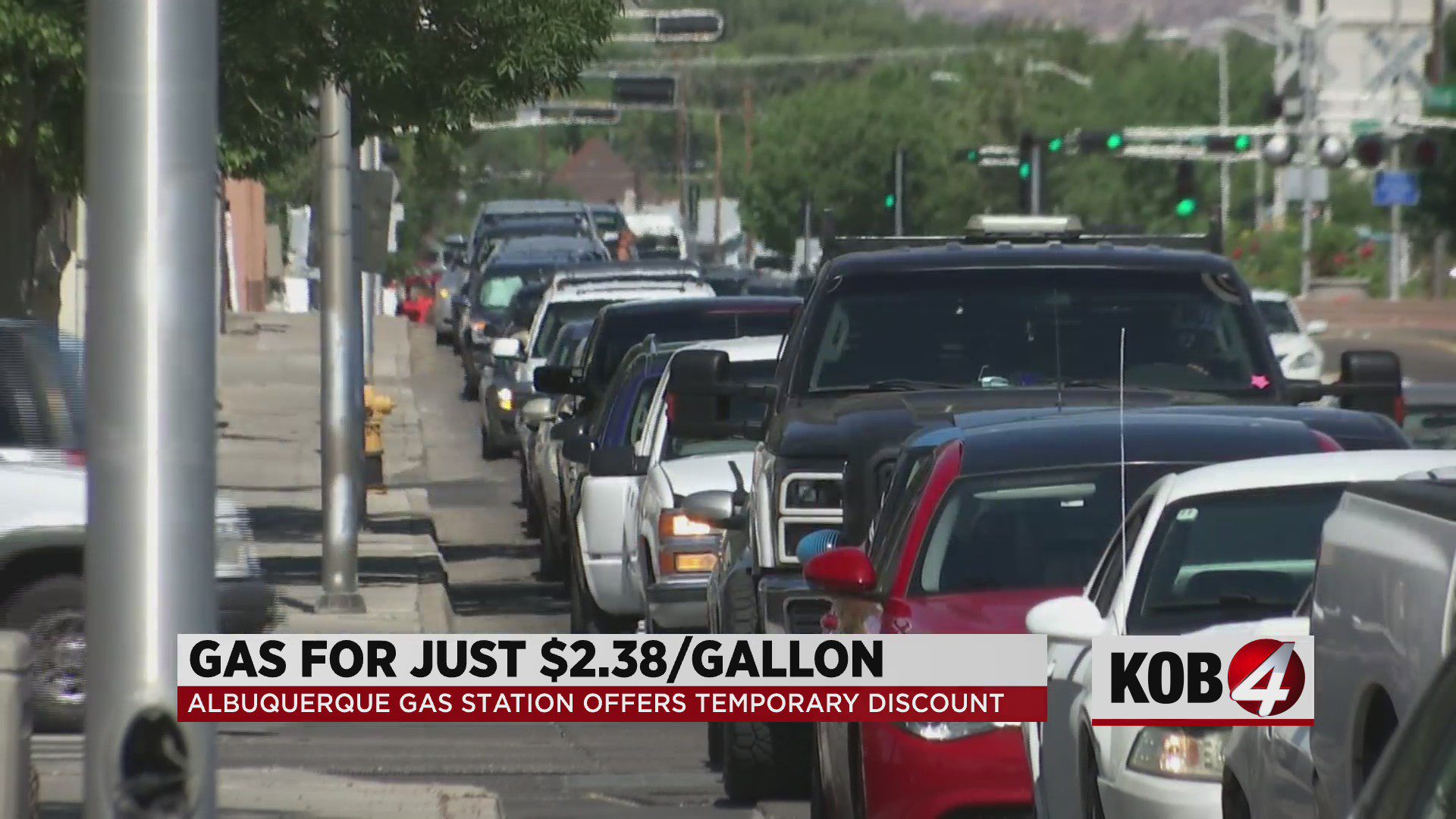 “The price of gas and the price of groceries is all effected by inflation and it’s hitting Americans in the pocket books especially New Mexicans as well,” said  Lucas Gauthier, Americans for Prosperity engagement director.

So Americans for Prosperity is asking gas stations across the county if their gas prices could take a step back in time.

“They had the idea and brought it to us, we all thought it was a great idea so we ran with it thought we could help out Albuquerque people,” said  Jose Vialapndo/ President of Chronic Kings.

“I am still making the same I was making two years ago to be paying double, it’s a lot,” said Landis.

And the lines spoke for themselves.

“We need to get a message across too, that this gas is just too much money right now and for these guys to be able to do this for a few hours, I think it’s great,” said Wayne Church.

The discount started at 10 a.m. and was supposed to last until noon, but the station extended it until 2 p.m.

KOB 4 learned the station actually ran out of a gas, and a tanker trunk had to come bring in more.

According to AAA,  the average price for gas is $4.41 a gallon in Albuquerque, about 10 cents higher across the state.

The national average is at $4.69 a gallon right now.