Officials say mobile cameras can and will be moved regularly, to urge drivers not to exceed the speed limit in these areas. Especially the Lead/Coal corridor, which is notorious for multiple speeding-related crashes and deaths over the years.

“We call this the Lead/Coal speedway,” said District 6 Neighborhood President, Dr. Peter Belleto. “When you talk to residents who live here, they’re afraid to cross the road. Bicyclists, you know, take out extra insurance, because they don’t know if they’re going to make it to the destination they’re choosing to use because of speeders.”

Mayor Tim Keller said Albuquerque is the worst in the country for pedestrian safety, and by this time last year, the city had issued 17,500 Moving Traffic Citations and recorded 31 deadly crashes.

“This year with the increased traffic enforcement, we’re up to 29,580 citations—that are issued by a live officer—and we’re down to 23 fatals,” added the APD Motors Unit Lt. Nick Wheeler. “Again, that’s too many.” 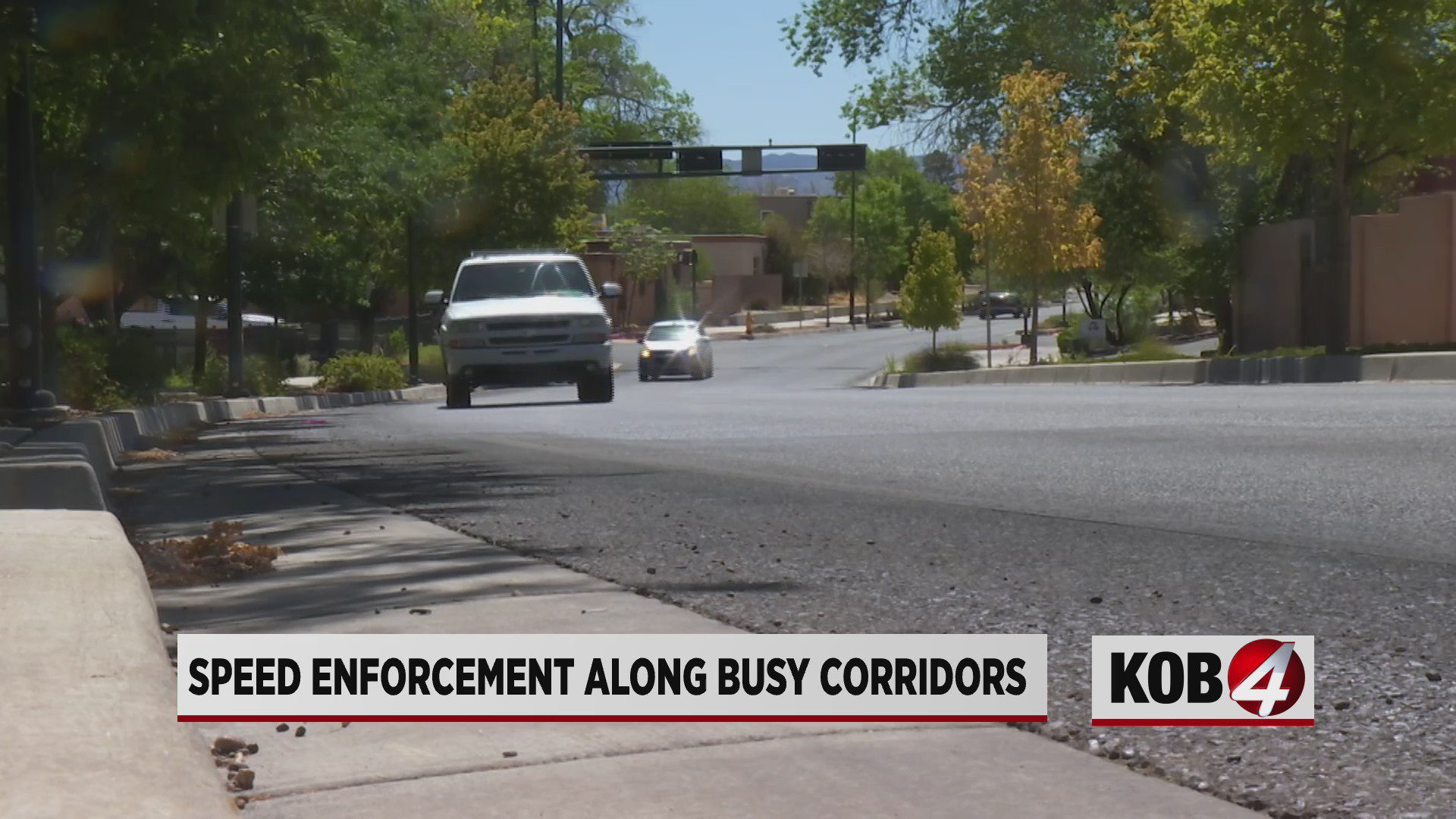 The city said it hopes to bring those numbers down to zero with speed cameras and a new Aggressive Driving Unit within APD to follow up on road rage and hit-and-run incidents. The department says it plans to activate a new link Monday, where the public can submit their own photos and videos of traffic-related incidents.

APD also said, in the four days since the new mobile speed devices were turned on, more than 98,000 vehicles have driven past them, and nearly 57,000 exceeded the posted speed limits by at least one mile. 11 miles over would trigger either a $100 citation or warning.

Meanwhile, police said the camera on westbound Gibson, which has been active since May 25, caught 40,615 people driving 11 miles or more over the speed limit. Five hits at least 100 miles an hour.

The camera on eastbound Gibson reportedly captured 55,388 people going at least 11 miles over the speed limit.

“And that was around five o’clock in the afternoon when there is extremely heavy traffic and pedestrians crossing the intersections,” Lt. Wheeler added.

Even though $100 citations are typically given at random to speed violators, APD says that the driver will definitely get a ticket.

City officials said there is a community service option for those who cannot afford to pay a ticket, but if they choose to ignore it, APD will send all outstanding citations to collections.

As of right now, the city has six operational speeding enforcement devices, with plans to add at least four more in the coming months.