KOB 4 was at the AFR Training Academy early Monday morning to get an inside look at the annual tradition and to learn more about the national hero the workout is named after.

“When you’re suffering, try to remember those that take care of us,” said Christopher Epley, captain of training at the AFR Training Academy. “It’s in remembrance of Lt. Michael P. Murphy, who was killed in 2005.”

Murphy was a U.S. Navy SEAL who died in the line of duty in Afghanistan. He received the military’s highest decoration for his service – the Medal of Honor.

Now on Memorial Day, people all over the country participate in a CrossFit workout named after the hero. 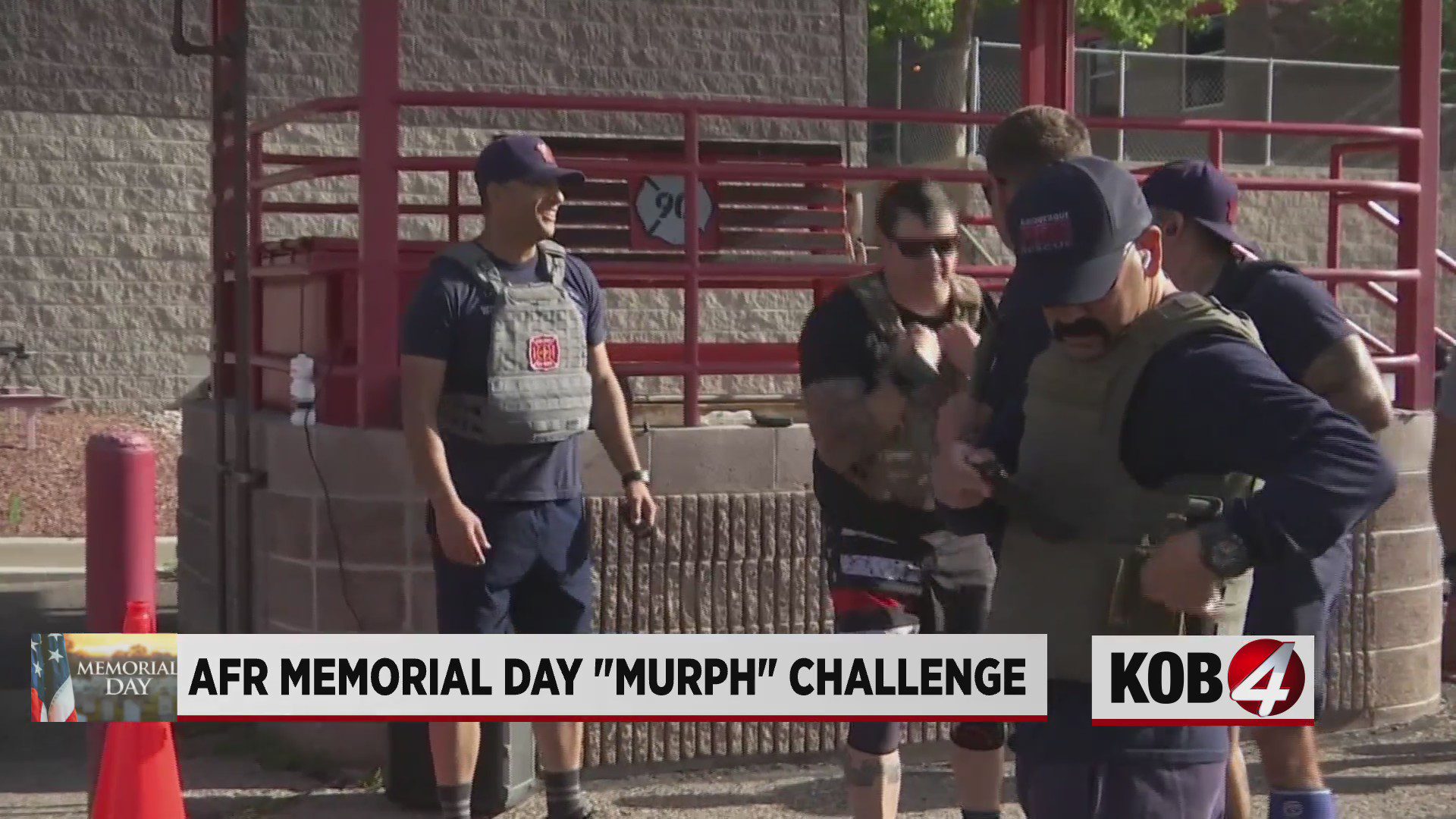 “It’s one mile followed by 100 pull-ups, 200 push-ups, 300 squats a mile, and it will take each person approximately an hour, some folks do a little bit quicker,” said AFR Lt. Tom Ruiz.

All while wearing a 20-pound vest.

“It’s sort of a memorial workout, and it’s Memorial Day and the firefighters, the department has a great deal of respect for our service members, and we have several that are in our department that were in the military,” said Epley.

But the firefighters KOB 4 spoke with say they enjoy doing the Murph Challenge together every year, pushing and encouraging one another, especially during a difficult wildfire season.

“To be able to suffer a little bit next to your brothers and sisters is a great way to form those bonds and keep those bonds strong while we face. Sometimes very stressful and dangerous situations,” said Epley.