“As a hairdresser they share things with me. They hear a lot, and I listen to them,” he said.

Over his career, those people include stars like Liza Minnelli and Michael Jackson.

Now Vasquez wants to tell a story of his own – a string of crimes at his Albuquerque business, his heart and soul: Roberto’s Le Salon on San Mateo. He described property damage, break-ins and burglaries.

“The vandalism. They take the awnings, the metal. The lawn chairs. The little tables you have out there for people who want to sit down and rest,” he said. “Breaking the doors, breaking the glass. Chairs, gone. Mats gone. Tools gone. The feces, the needles, the drug use.” 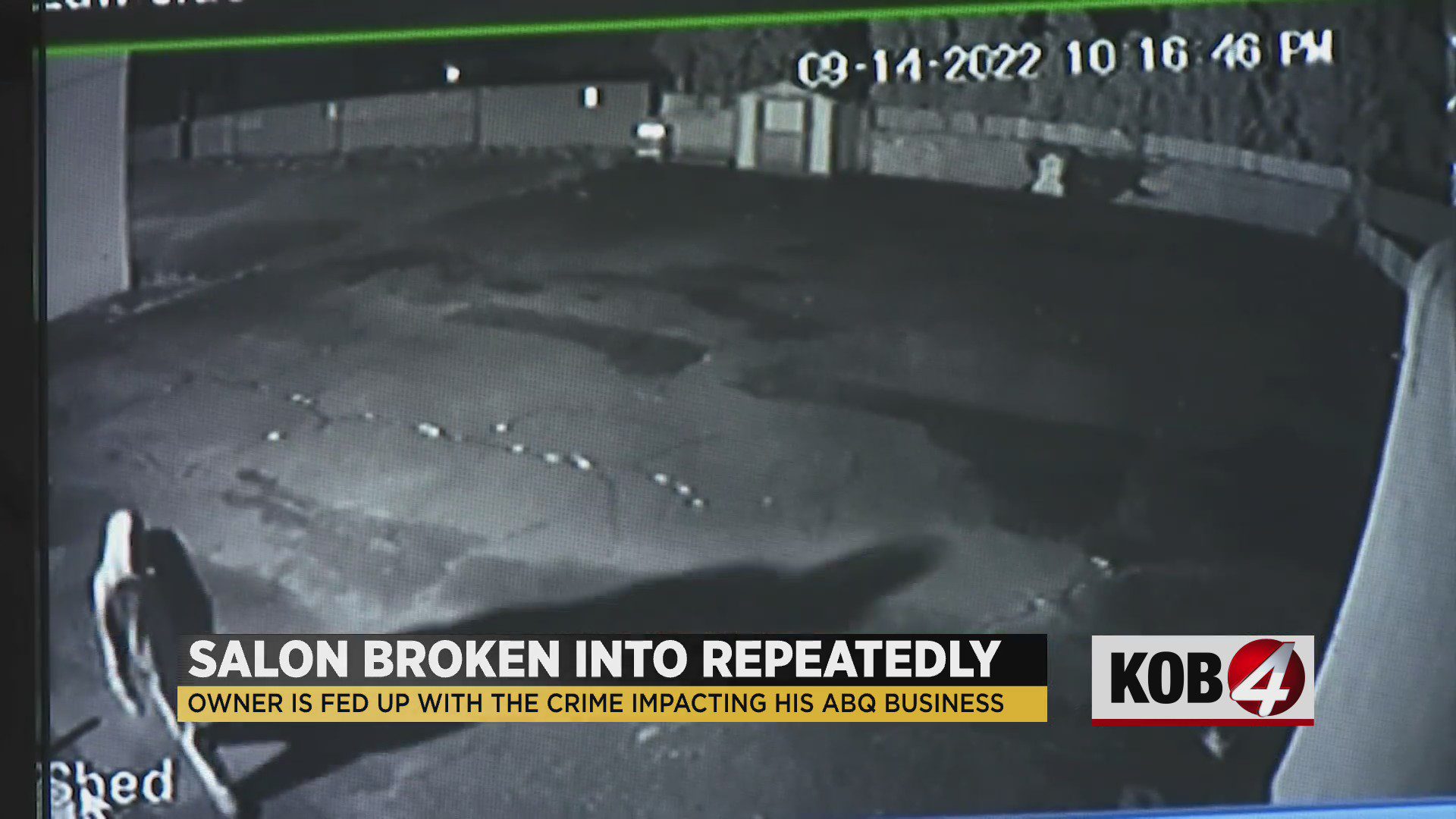 Vasquez showed KOB 4 surveillance video from last month, which he said shows people with drugs right outside his salon.

He said all this has cost him tens of thousands of dollars just over the past few months.

“It’s very frustrating because I pay taxes. I pay all the taxes, and I support our system,” he said. “This is home. I was born and raised here. I love Albuquerque.”

But after what happened Wednesday night, Vasquez said he’s fed up.

“Last night I lost it because I chased them and I followed the car, which is really dangerous,” he said.

Vasquez said he chased someone he thinks damaged his property, saying they cut nearby electrical lines and knocked out some lights to be in the dark. They broke some glass, and they tried to take out his cameras.

Albuquerque police did not show up until the next morning, and he said they’re often not responsive when he calls.

An Albuquerque Police Department spokesperson gave details on the six times they say they’ve responded to the salon since April. Sometimes officers arrived within 20 minutes, though one wait was nearly two hours.

Overall, a spokesperson said when there’s no immediate threat, officers often have to prioritize more urgent calls – and then circle back to business owners like Vasquez.

Even with the pandemic and these crimes, Vasquez said he’s not going anywhere.

Vasquez said he has run his salon in Albuquerque for 41 years, he keeps improving his cameras, his lights and his alarms, but he’s not sure if or when these alleged criminals will stop.