Officials said they will continue to offer services and housing options to everyone using the park.

Coronado Park has become one of the biggest hot spots for Albuquerque’s homeless population, it has also developed quite the reputation for drug use and violence.

“The status quo will not stand,” said Mayor Tim Keller. “This remains a complex issue, and while we work to determine what’s next for Coronado, we’ll keep stepping up to get folks connected to the right services and resources.”

The announcement happened during a luncheon with the business community. A few hours later, the mayor’s office sent out a press release, but it still left many questions unanswered for those who live and work around Coronado Park. 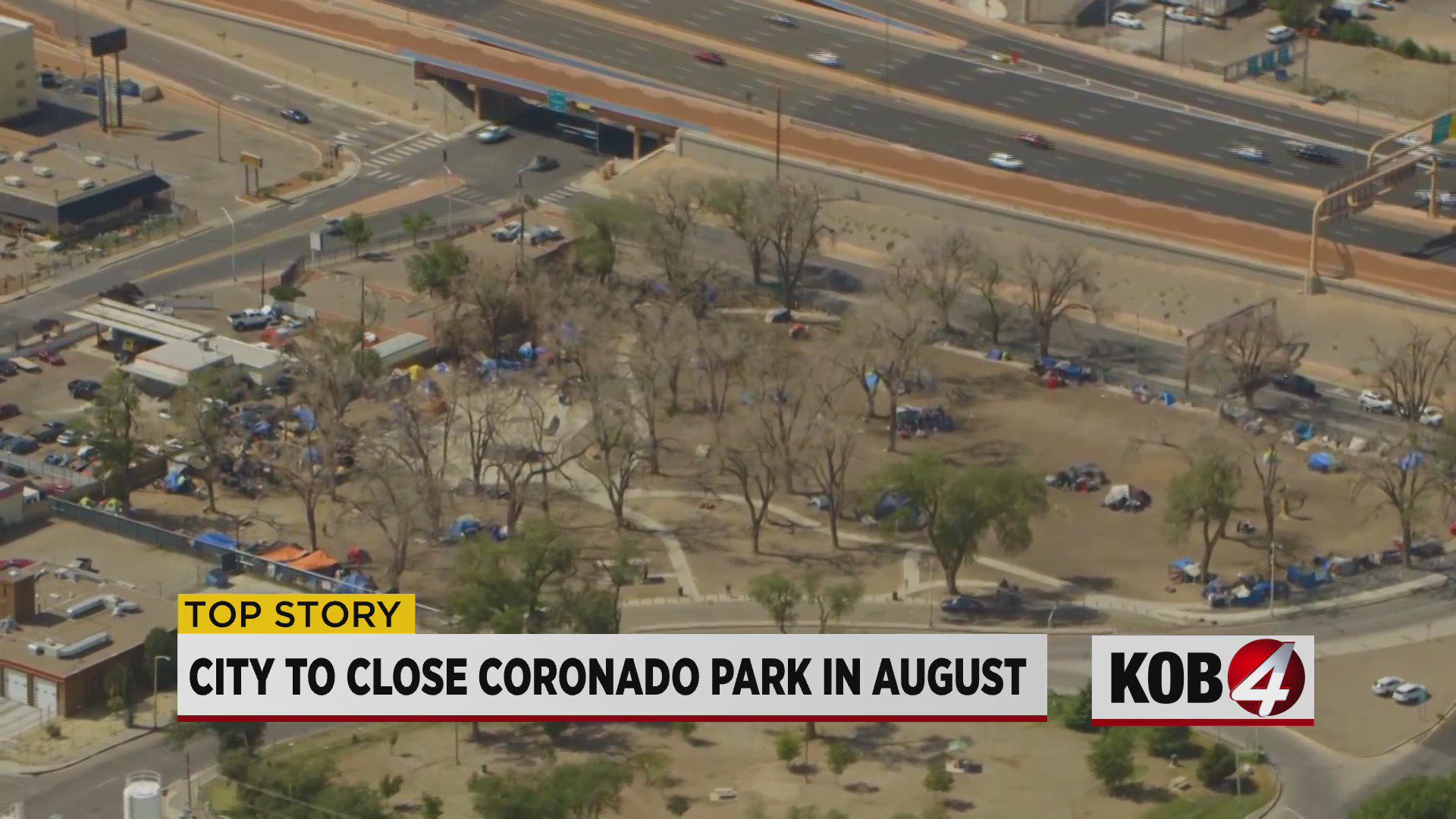 Over the last couple of years, Coronado Park has become synonymous with a homeless encampment. Many people call a tent in this park home.

“I have been here seven years of my life,” Delilah Hernandaz said.

KOB 4 asked both Hernandaz and Peredo where they would go when the park closed, they said they are still trying to figure it out.

“I don’t know, I don’t know where probably just spread around and spread out,” Hernandaz said. “But even if I start my application right now, it’ll be six months till I’ll get my housing.”

“You know I will probably be looking at the designated areas around town, still trying to get housing, but there is a long list for that and others are as well,” Peredo said.

But those who do business around the park, like Rio Bravo Brewing, seem excited about this plan. Some even cheered when the announcement was made during a NAIOP luncheon Monday.

“There was certainly a few applauding in the room the business community specific to NAIOP pays key attention to what the mayor is doing to social issues dealing with encampments because not only does it impact property values but the community surrounding it,” NAIOP Executive Director Rhiannon Samuel said.

But not all of the park neighbors are excited. The folks who live in the Wells Park Neighborhood aren’t sure if they support the closure.

“Definitely shocked, but that was followed by not surprised, because unfortunately, we don’t get a lot of communication from the administration about decisions they make that will directly affect the neighborhood. So I’m disappointed they didn’t reach out to us beforehand and didn’t ask us what our opinion was,” President of the Wells Park Neighborhood Association Doreen McKnight said.

Besides saying the park will close in August, Mayor Keller didn’t give many other details about what would happen with the space once it is closed. And that’s exactly what McKnight is worried about.

“There is obviously concerns about dispersing people throughout the area more, which is what the mayor had originally said was his reason for why he wouldn’t be closing the park,” McKnight said.

The press release says the park could be closed permanently or the city could use this site as a safe outdoor space.

This closure is quite a change from what we heard from the mayor just last month.

“Those people are there by choice. 100% by choice and they are protected federally, otherwise, this problem would have been gone in all American cities.”

For more context, the mayor has basically been saying up until now the city’s and police’s hands were tied to a certain extent when it comes to removing people from Coronado Park. But now, the city is talking about completely closing the park.

While we don’t know all the details of what changed in the last month, the press release cited an uptick in violence and drug trafficking.