ALBUQUERQUE, N.M. – A head coach for a pee wee football team is accused of stealing money that parents of the team raised for their children.

The money was supposed to help pay for new uniforms and other gear at the end of the season.

“That was like $2,000 in cookie dough alone,” said Miranda Buffet, whose seven-year-old son is on the team. “It’s concerning. My son asked me too, ‘why did this happen? What is going to happen now?'”

She said it happened earlier this month. The parents were raising money since late March and turned the money over to the coach, Allen Baldwin, on Friday during one of their practices. But for their game the very next day, Buffet says, “[Baldwin] did not show up for the game for the boys.”

“He was not at practice on Monday, so I think that’s when everybody truly realized he was gone,” Buffet said. 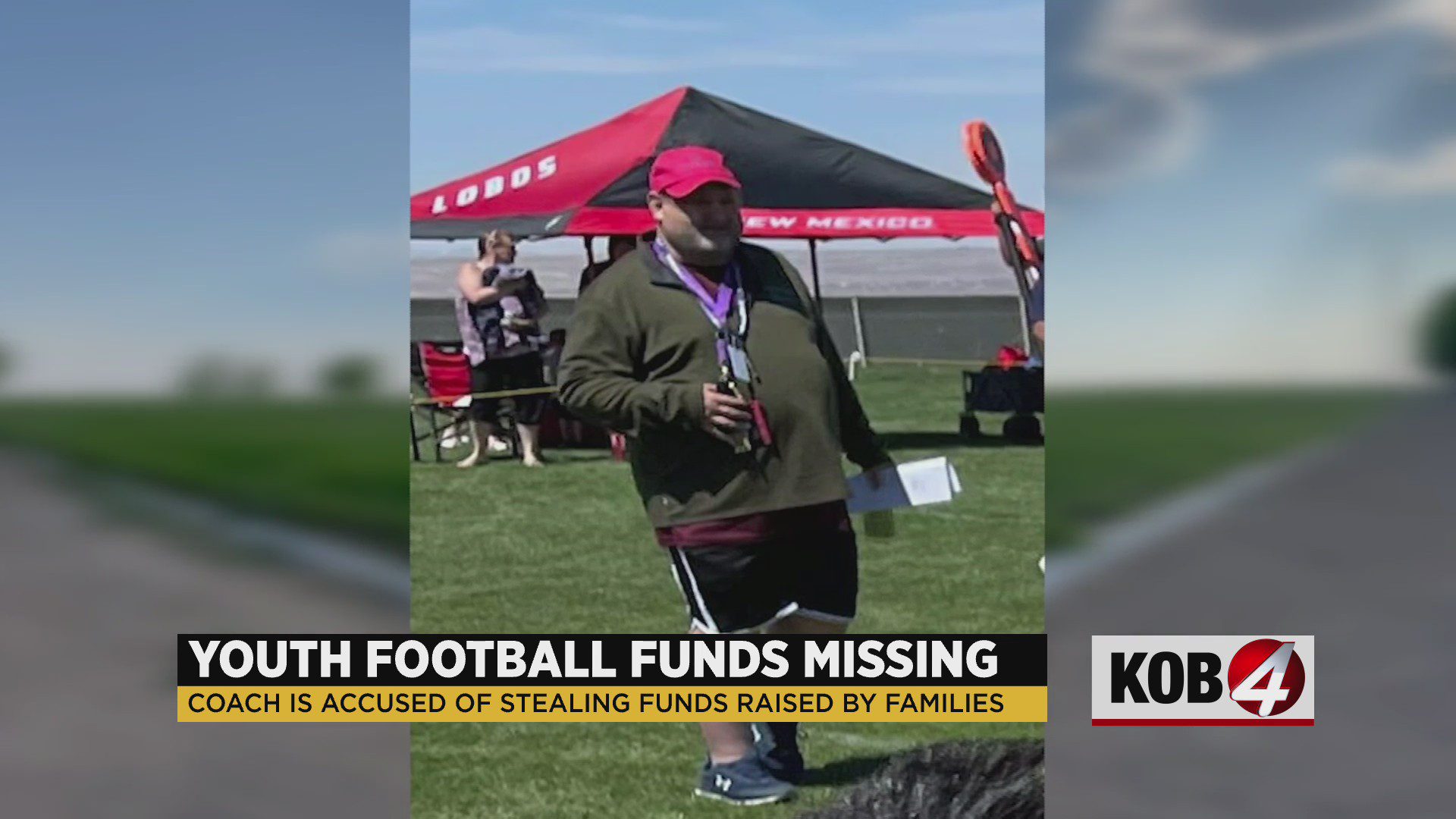 She and so many others tried calling his cell phone multiple times, but it was disconnected. Now, she says they have to reimburse some of the money that was taken.

“We are going to have to come up with money out of pocket again to do this banquet that we want to do for these kids, especially now, they deserve something special,” said Buffet.

She doesn’t expect to get her money back, but wants to spread the word to make sure this doesn’t happen again.

Buffet filed a report with Albuquerque police about Baldwin, which is now being looked into.

Football Coaches Selection Committee Chairman Joe Burke says they are aware of the situation and are equally frustrated.

Burke says Baldwin did go through a background check and passed. According to its website, it was his first year coaching.

Burke adds YAFL has also been trying to contact Baldwin, but has not been able to reach him.