Investigators believe he conspired with and paid at least four other men to carry them out.

Lawmakers and other leaders are condemning this type of politically motivated violence Monday night, calling it an attack on democracy.

Investigators revealed several details that lead them to Peña during a news conference.

“It is believed that he is the mastermind that was behind this, and that he was organizing this,” said APD Chief Harold Medina. 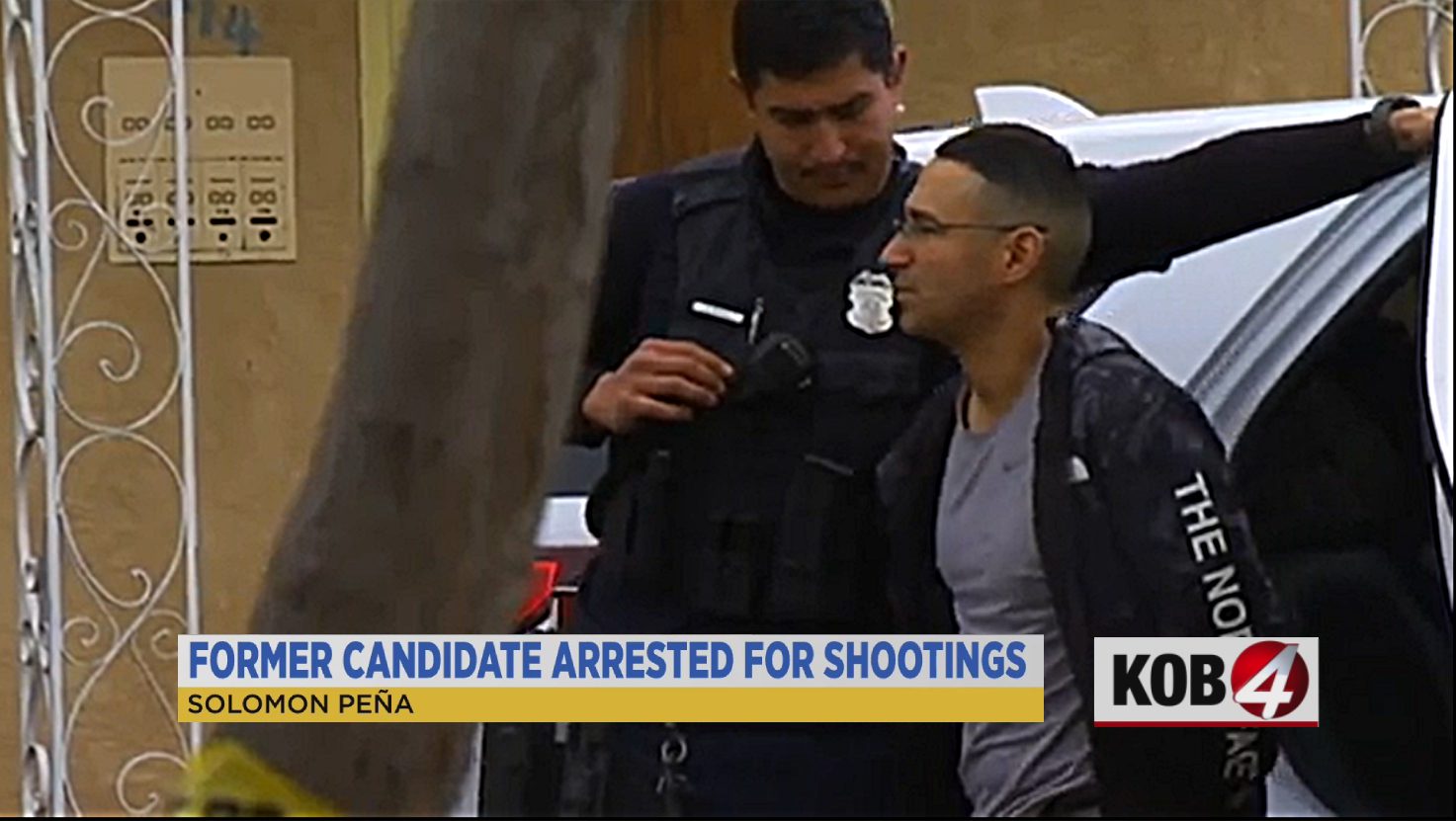 Peña is a Republican candidate for the New Mexico House turned conspiracy mastermind.

“Disagreements take place. We know we don’t always agree with our elected officials, but that should never ever lead to violence,” said Mayor Tim Keller.

APD believes Peña conspired with and paid at least four other men to carry them out.

“The evidence that we have is not only firearm, but it’s also from cell phones and electronic records surveillance video and multiple witnesses inside and outside of this conspiracy that have helped us weave together what occurred,” said APD Deputy Commander Kyle Hartsock.

Investigators say they have evidence that places Peña at the most recent shooting at Lopez’s home.

“We now have evidence too that Peña himself went on this shooting and actually pulled the trigger on at least one of the firearms that was used,” said Hartsock.

They also announced Jose Trujillo was arrested on an outstanding felony arrest warrant about an hour after the shooting at Lopez’s home.

A Bernalillo County deputy pulled him over, and found more than 800 fentanyl pills and two guns. One of the guns matched to the shooting at Lopez’s home.

Investigators are still figuring out whether the paid shooters knew who these targets were, but addressed Peña’s past allegations of a “rigged” election.

“This was about a right wing radical and election denier who was arrested today, and someone who did the worst imaginable thing you can do when you have a political disagreement, which is turn that to violence – that should never be the case,” said Keller

Leaders say Peña approached commissioners and Lopez after the November election with paperwork claiming there was fraud involved in the election.

KOB 4 got several statements in response to the arrest Monday night.

“These recent accusations against Solomon Pena are serious, and he should be held accountable if the charges are validated in court. RPNM condemns all forms of violence. We are thankful that nobody was injured by his actions. If Pena is found guilty, he must be prosecuted to the full extent of the law.”

“I commend the Albuquerque Police Department, State Police and the District Attorney’s Office for a successful partnership to apprehend the suspected perpetrator. There is no place in our society or our democracy for violence against any elected official or their families, and I trust the justice system will hold those responsible for such attacks to full and fair account.”

“I deeply appreciate our Albuquerque Police Department for their hard work throughout the investigation into these shootings targeting elected officials. I am grateful a suspect is in custody, and I trust our justice system will hold those responsible accountable. We have seen far too much political violence lately and all of these events are powerful reminders that stirring up fear, heightening tensions, and stoking hatred can have devastating consequences.”

“I am relieved to hear of the arrest of Solomon Pena in relation to shootings at my home and the homes other New Mexico elected officials.  I am still shocked this happened. Processing this attack continues to be incredibly heavy, especially knowing that other women and people of color elected officials, with children and grandbabies, were targeted. It has always meant so much to me that in our state elected officials are especially accessible; making it possible for New Mexicans to share their stories, expertise, and critiques. Solomon Pena is an election denier. He weaponized those dangerous thoughts to threaten me and others, causing serious trauma. When politicians at the highest levels of our government continue to make threats and violence a regular part of public discourse, it has real impacts on our democracy and lives. Gun violence has deep impacts across our country and here at home in New Mexico. In early December, I returned from Christmas shopping to my home being shot up; it was terrifying. My house had four shots through the front door and windows, where just hours before my grandbaby and I were playing in the living room. Too many of the people I love, my neighbors, and our communities have been impacted by violence like this; we must do more to end gun violence in and against our communities.”

KOB 4 talked with former Bernalillo County Commissioner Debbie O’Malley, where she also voiced her gratitude and relief about this update in the case. She also shared ring video showing her interaction with Solomon Peña at her home after the election, where he hands over paperwork.

KOB 4 reached out to senate Democrats for a response from Sen. Linda Lopez, but did not hear back.