She used her powers of pardon on six people Monday, including one woman who has since dedicated her life to serving women facing homelessness and addiction.

Cynthia Jaramillo was arrested and convicted of drug trafficking more than two decades ago. She served time for that crime, but with Monday’s pardon – her citizenship rights will be restored.

In a letter to the governor, Christine Barber with Street Safe New Mexico describes her co-founder Cynthia Jaramillo as a woman who has had a tough life but has dedicated her time to help those who need it most.

“I’ve seen a lot more violence with the fentanyl pills than when heroin and crack was the drug of choice out there. Since it’s become pretty much meth and fentanyl pills the crime rate has just skyrocketed,” said Jaramillo. 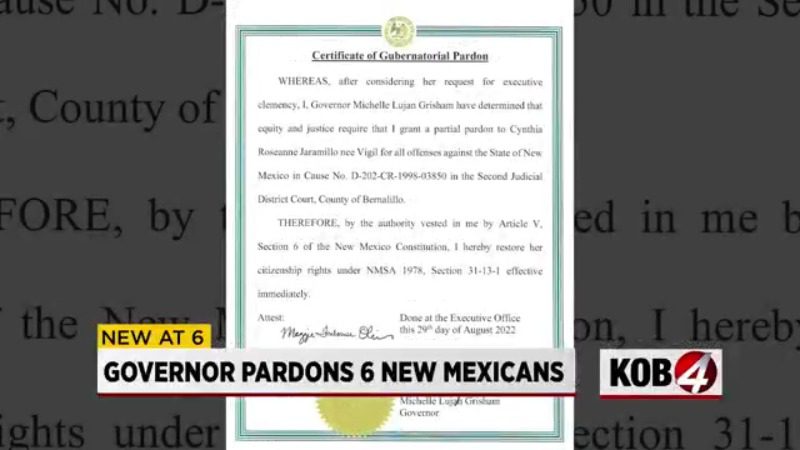 Jaramillo was arrested for trafficking cocaine. While awaiting trial, she was kidnapped by suspected serial killer David Parker Ray. She was tortured for three days before escaping.

Barber said she ended up serving a year for her crimes and has since gone on to help countless women on the streets and educate many others.

While she’s transformed her life – that felony has been hanging over her head, not only taking away her right to vote, but also making it impossible to find a job or secure stable housing.

During her administration, Lujan Grisham has pardoned 56 people.