LAS VEGAS, N.M. – This early monsoon season is both a blessing and a curse, while some areas of New Mexico are bracing for flooding, others are enjoying the relief this rain brought to fire crews.

While fire season is not over yet, this rain really slammed on the brakes. The Calf Canyon/Hermits Peak Fire crossed a major milestone Monday and is now 92% contained.

Down near Truth or Consequences, the Black Fire is up to 70% containment. This last week of monsoon rain really helped crews gain control of these massive fires.

“They started seeing a response in their ability to fight the fire as soon as the humidity went up, and so once the rains started coming in, it became quite a bit easier to fight the fire,” NWS Senior Service Hydrologist Andrew Mangham said.

But rain on the fire also means rain on the burn scar. All along the Gallinas Creek near Las Vegas, people will find new dams designed to stop debris from going down stream and to filter the floodwaters. 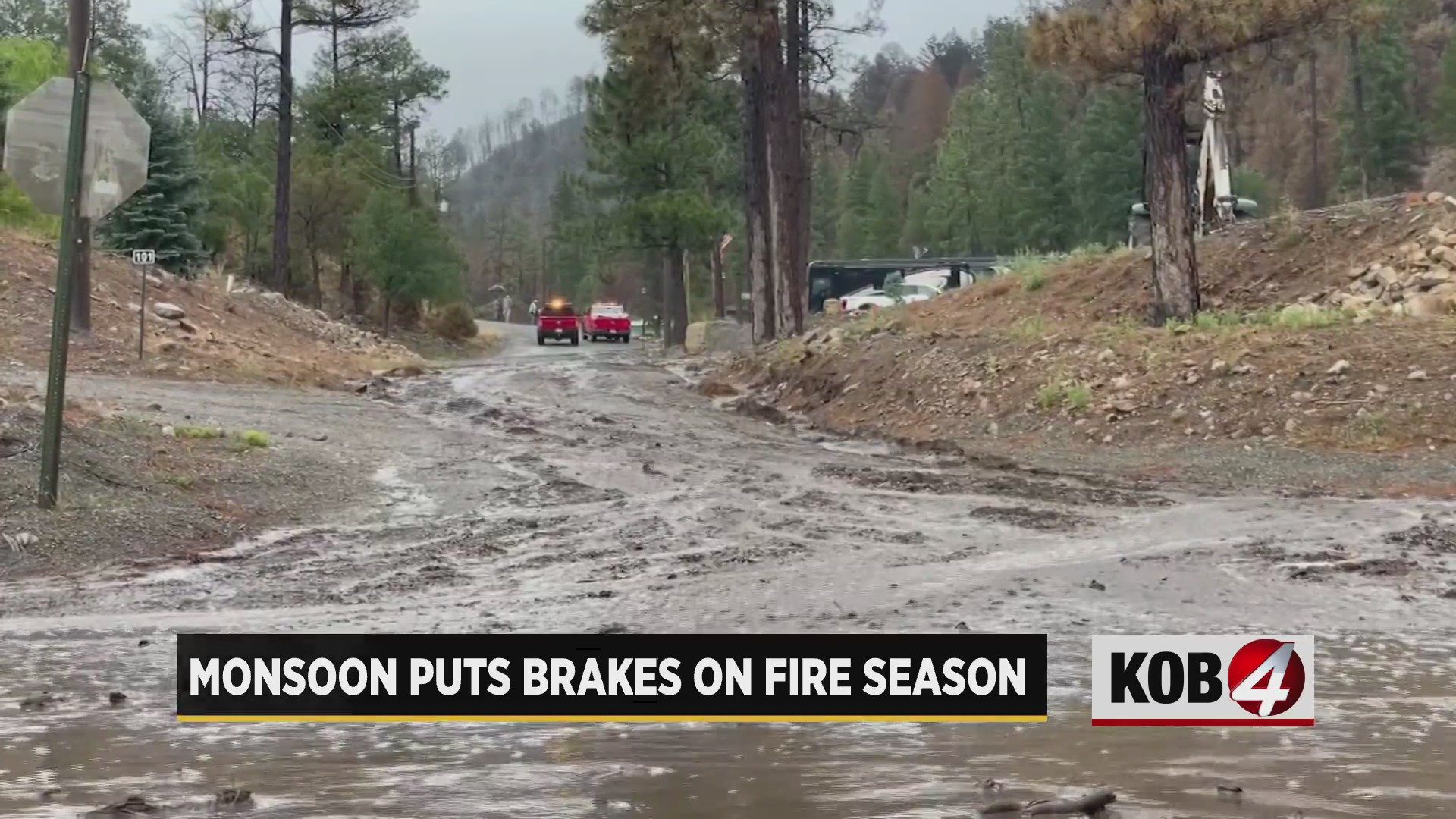 In town, families stack sand bags in their yards and driveways to protect their homes from the possible flooding. But even as they prepare for the worst, they hope for the best.

“We want that rain we want it to fight the fires and fix the drought, but we want it steadily so we don’t get crazy landslides and flash floods,” Mangham said.

Last week in Ruidoso some rain water ran off the McBride Fire burn scar. The city says they haven’t seen any significant flooding, but the creeks running through town have started filling up.

“I want to stress however that despite the fact that the rivers are starting to flow normally, we are not seeing anything, yet that indicates that there is any real danger of major river flooding anywhere in the state,” Mangham said.