“The limitation is 39 hours a week,” Communications Specialist Larry Gallegos said. “So they won’t be worried about having to work, you know, double and triple shifts.”

Gallegos said creating these non-union, part-time positions was a team effort between the county and the union.

“It’s an opportunity for somebody who maybe would like to get in to the correctional facility, into that field, and to get some experience,” he said.

Gallegos added it also a good opportunity for retired officers who want to rejoin the workforce with a more flexible schedule. 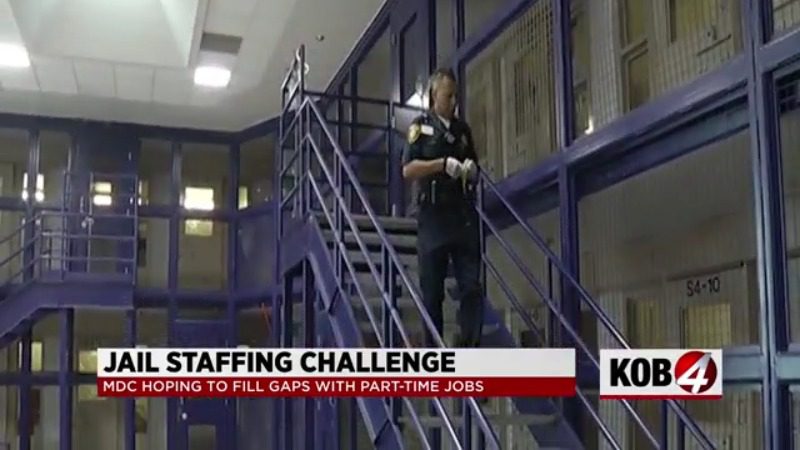 “You could get called in maybe last minute notice because somebody else called in sick—a chance to be able to say, ‘hey, I can work tonight, and I’m part time, I can pick up a few hours this week,’” he said. “And maybe the next week, you’re not available to work every day, you can let them know, ‘well, I’m available on Thursday or whatever.’”

Most applicants will have to go through the academy, and they will not be eligible for the same benefits as full-time employees. Overall, Bernalillo County officials hope this will alleviate a lot of burnout.

“People are working sometimes two or three extra shifts a week, because we just don’t have enough people,” Gallegos said. “There’s been times we’ve had to actually put everybody on lockdown for maybe one shift, because there’s just not enough people to cover every shift.”