ALBUQUERQUE, N.M. – Weather issues canceled Wednesday events at the Albuquerque International Balloon Fiesta, forcing thousands of tourists to find other ways to spend their time in the city.

“When it rains and the balloons are grounded, they end up being in Old Town or another indoor venue,” said Bob Myers, director of the American International Rattlesnake Museum.“We see an unusually large group of people down here.”

Myers says the Rattlesnake Museum, which is located right off the Plaza, has been a lot busier these past few days.

He says nearly 300 people visited the museum alone on Wednesday. Myers says there’s always an uptick in customers during the Balloon Fiesta, but says the recent rain has led to lines outside their door.

“When people come to Albuquerque, this is on their list of things to do. Balloons, rattlesnakes,”  he said. 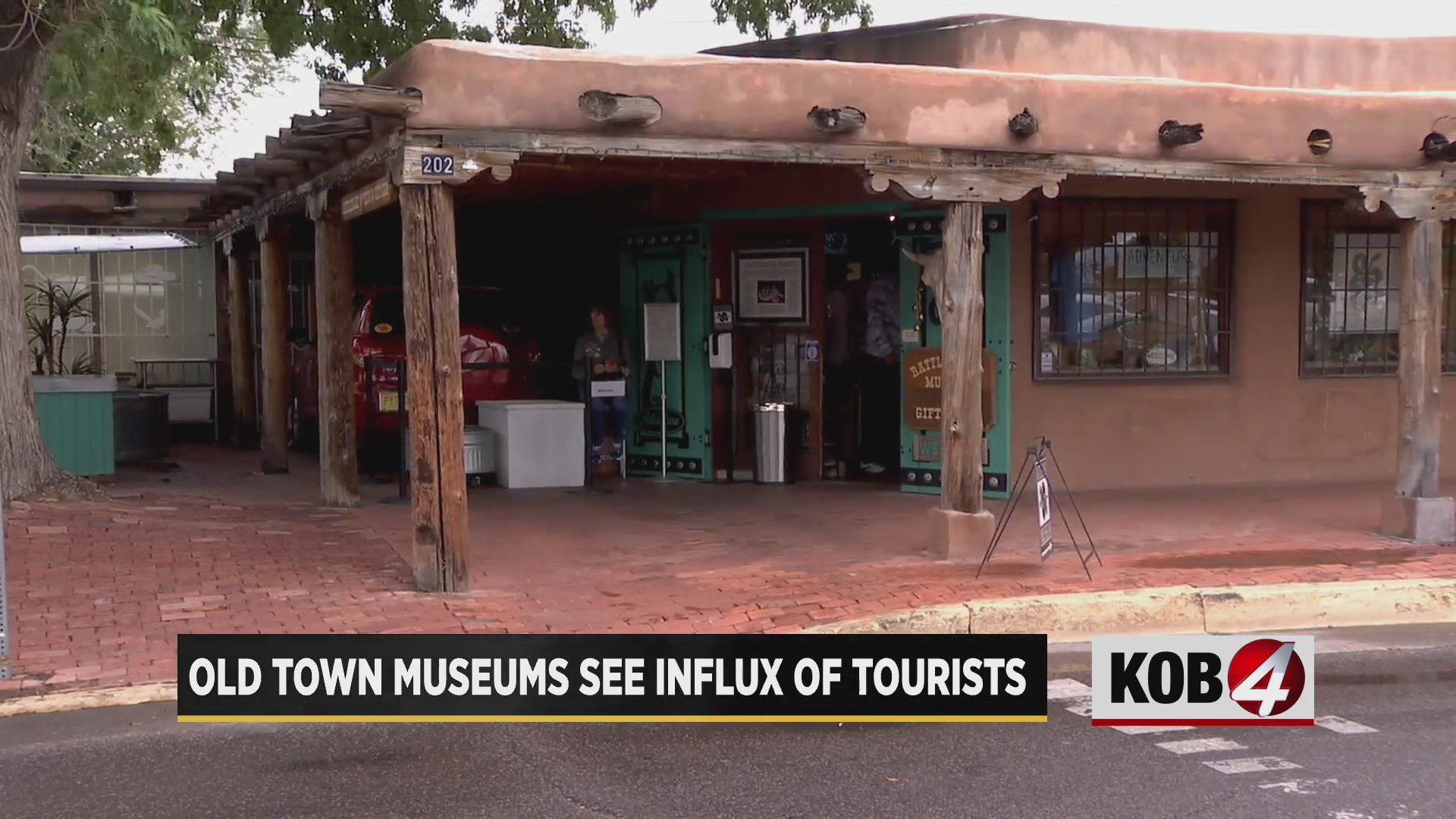 The small museum has been around since 1990 and is home to 34 different rattlesnake species – the most anywhere on the planet according to Myers. The museum is also home to several pythons, turtles and even a Gila monster on display.

“Molly the Gila monster is 34 years old. We have people come in just to see her,” he said.

Some Balloon Fiesta tourists KOB 4 talked to Wednesday say they were already planning to visit the museum during their trip, but others say they came out because events were canceled at Balloon Fiesta Park.

“I kind of hoped I would be able to touch some of the snakes but even just seeing them is super fun,” said Mary Hall, who is visiting from Massachusetts.

Representatives at the Albuquerque Museum and New Mexico Museum of Natural History & Science also say they saw bigger crowds these past few days; however, they aren’t convinced it’s because of the rain.

KOB 4 talked to a pair of women from Atlanta who say they were excited with the opportunity to see other parts of Albuquerque during the Balloon Fiesta.

“I have only driven through Albuquerque before, so being in touch with a lot of the culture is just been fantastic. I’ve enjoyed the people immensely,” said Bobbie Sue Wohlers.

They’re hopeful for the final days of the Balloon Fiesta though.

“We’re staying very positive about tomorrow (Thursday) and our balloon ride, because it’s a bucket list kind of an item,” said Charmaine Marcelo.

While he welcomes the extra business, Myers is also hopeful for a successful end to the 50th Balloon Fiesta.

“We wish the best for the Balloon Fiesta. We miss the balloons every morning they don’t fly,” he said.