Poll: 6 of 10 New Mexicans would leave for a better life

ALBUQUERQUE, N.M. — New data released Friday from the KOB 4/SurveyUSA poll shows six in 10 New Mexicans would leave the state if they thought it would improve their quality of life. A broad gauge of satisfaction with jobs, schools, crime and other issues, that number rose to 75% among those younger than 50.

Just one in six of those surveyed said they were here to stay.

“I think the most important point is that people are thinking more about where they want to live and what they want to do for work,” said Tim Krebs, a political science professor at the University of New Mexico. “But there may be things here about the quality of life that they’re saying ‘Even with that opportunity maybe I don’t want to remain in New Mexico’ with high crime rates and the kinds of things that really are harmful to the business community.”

The vast majority of New Mexicans felt they’d be working the same job a year from now. Two out of three said they were very likely to be in the same job next spring. Another 19% felt it was somewhat likely.

When surveyors asked whether New Mexicans felt they’d leave a better state to the next generation, three in 10 respondents thought they would. But one out of four people said they thought it was likely to get worse. Just under half thought things would stay the same or weren’t sure about the future. 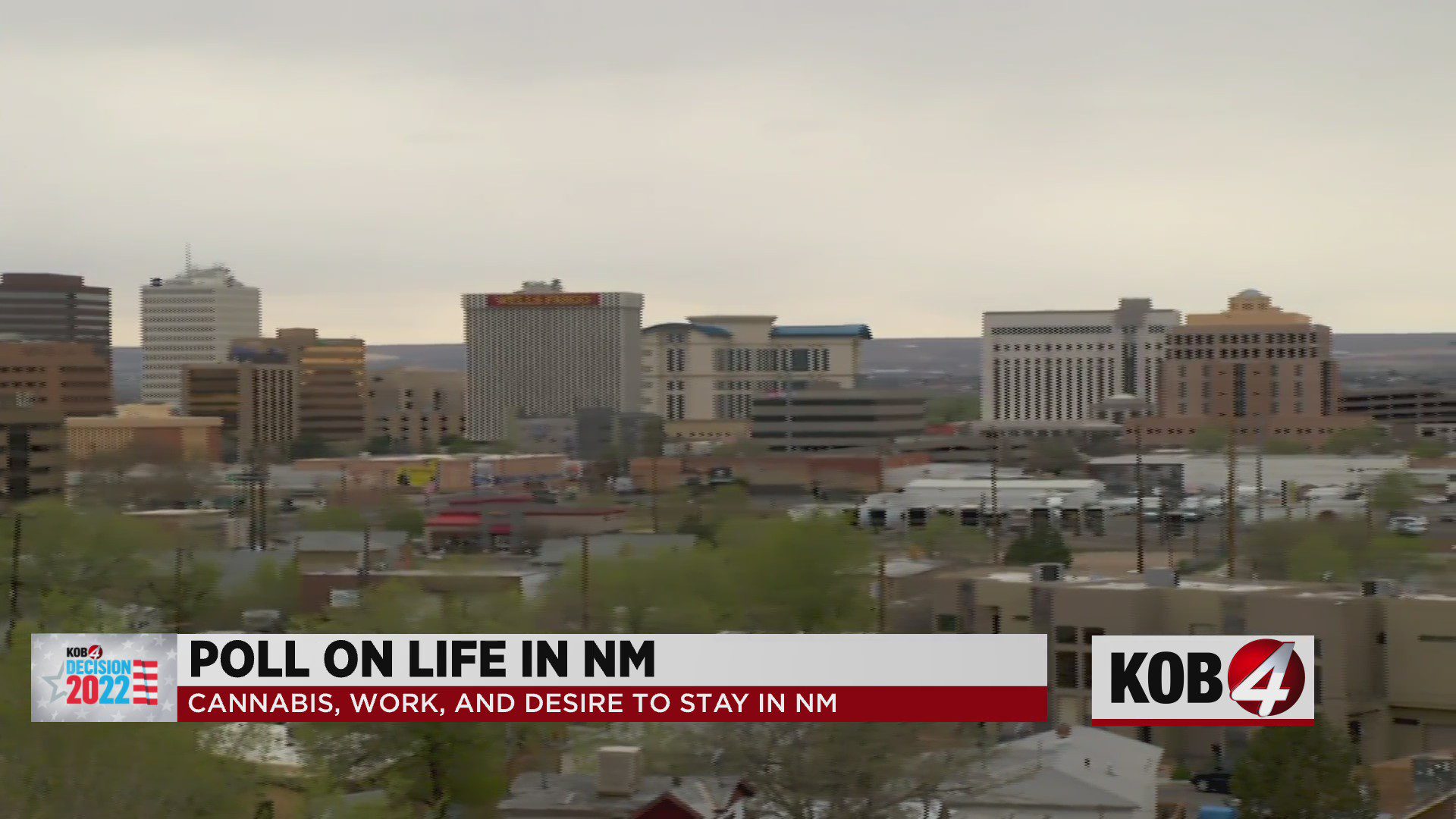 KOB also asked more than 2,000 New Mexicans if they’d bought cannabis since the state legalized recreational sale and use. 20% of people said they have, a surprisingly equal share among Democrats, independent voters and Republicans. Another 12% had plans to buy. A whopping 60% weren’t interested.

Looking at a breakdown of polling data, Krebs said, “There seems to be some socioeconomic divides here in terms of people who’ve purchased already or plan to, with lower-income folks and renters more likely than homeowners and those who are more well to do.”