ALBUQUERQUE, N.M. – While many celebrated LGBTQ Pride this weekend, one man says the Pride display in front of his house was vandalized.

Addison Foskey says when he went to bed Saturday night his little Pride flag and human rights sign was proudly displayed in his front yard, but on Sunday morning when his girlfriend went for a walk – they found something unexpected.

“To the person who stole our human rights sign and tore up our Pride flag I have two words for you wait and watch,” said Foskey.

Foskey posted a TikTok Sunday morning and in a few hours, he received thousands of views and likes.

“It was just the most inconspicuous, most inoffensive thing in the world just there in the corner of the yard,” Foskey said. 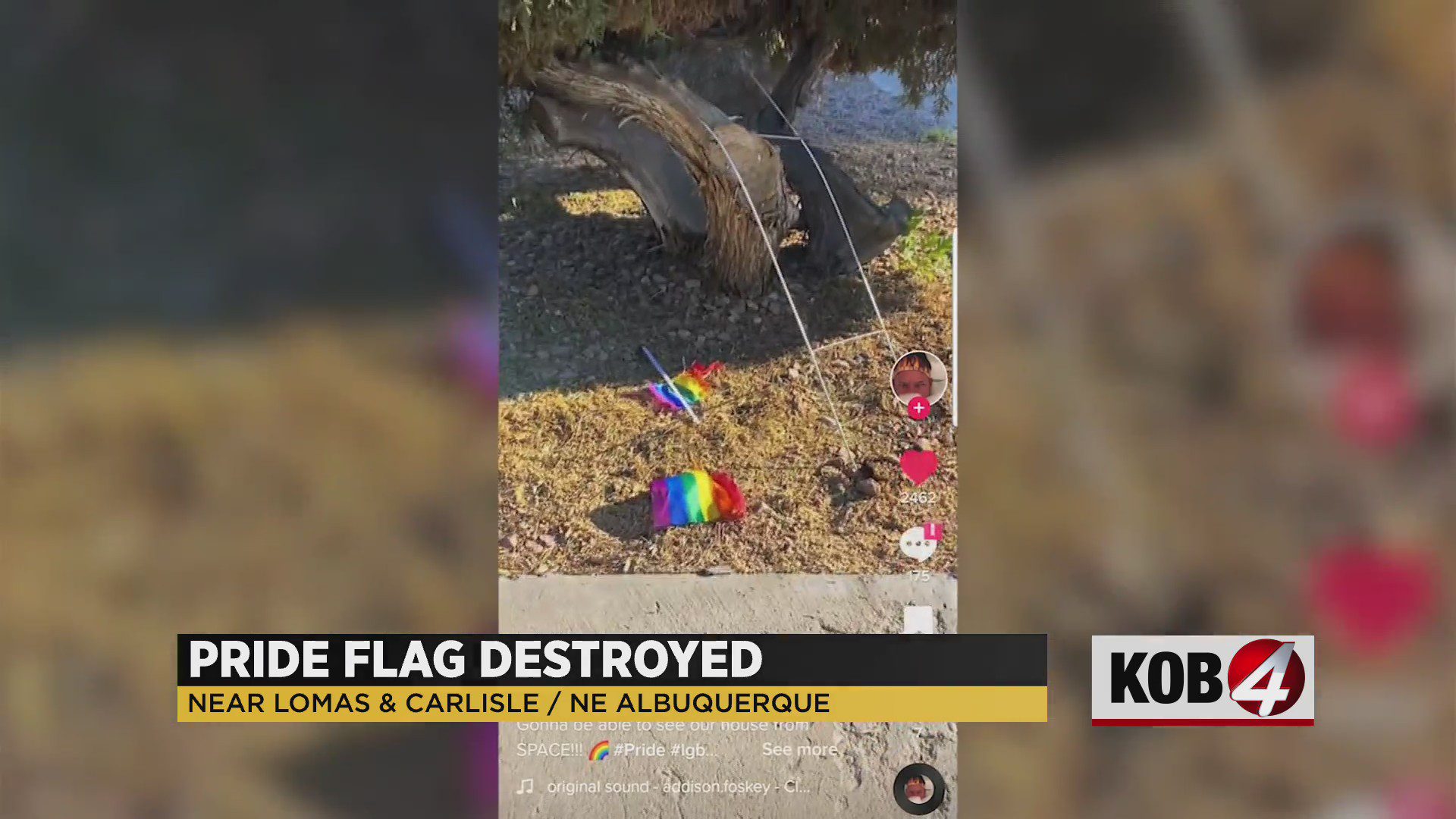 But now all that’s left is the shreds of the flag and the wire that used to hold his sign.

“It was such a petty and childish thing but at the same time a child did not rip that flag in two that took some strength that took some anger,” said Foskey.

And Foskey is frustrated by the timing of the vandalism as well, just the day before the Pride parade marched down Central-not very far from his home.

“It would be nice to find out what was in their mind when they were doing that, but in all honesty, it doesn’t really matter, there are always going to be people out there who disagree with you and have a different mindset,” Foskey said. “But when that makes you do something that is essentially trespassing and vandalism, it’s a whole new level.”

But the vandal won’t get the last word here, Foskey says he has a plan.

“I have ordered 100 more flags and the yard will be a wash in color and we will see if that one person was so upset by that one flag, see their head explode when all the flags were up,” he said.

Foskey says after making that post online, he has received an outpouring of support.

And many people have offered to replace his little Pride flag with a bigger and better one.