West Side residents asked to reduce water use

Update, July 12: Water utility officials say a temporary bypass pumping system is in place and successfully diverting flows around a collapsed sewer pipe that caused backups and overflows on Albuquerque’s West Side. However, water authority engineers are still asking that West Side residents limit water use for the rest of the week. Cleanup of spilled sewage on the streets and sidewalks continues.

ALBUQUERQUE, N.M. — Residents in Albuquerque’s West Side are being asked to limit their water use and toilet flushing Monday morning due to a collapsed sewer line.

According to the Albuquerque/Bernalillo County Water Authority, crews are working to repair a 48-inch pipe that collapsed Sunday night. Repairs are being done near Coors and 64th, in the area of 64th between Hanover and Glenrio.

The line serves much of the West Side and reducing water flow helps prevent sewer backups in those homes and businesses as repairs are being done.

“That makes it a very critical piece of infrastructure that failed and therefore we had a lot of sewer backups and overflows,” said Authority Public Affairs Manager, David Morris. 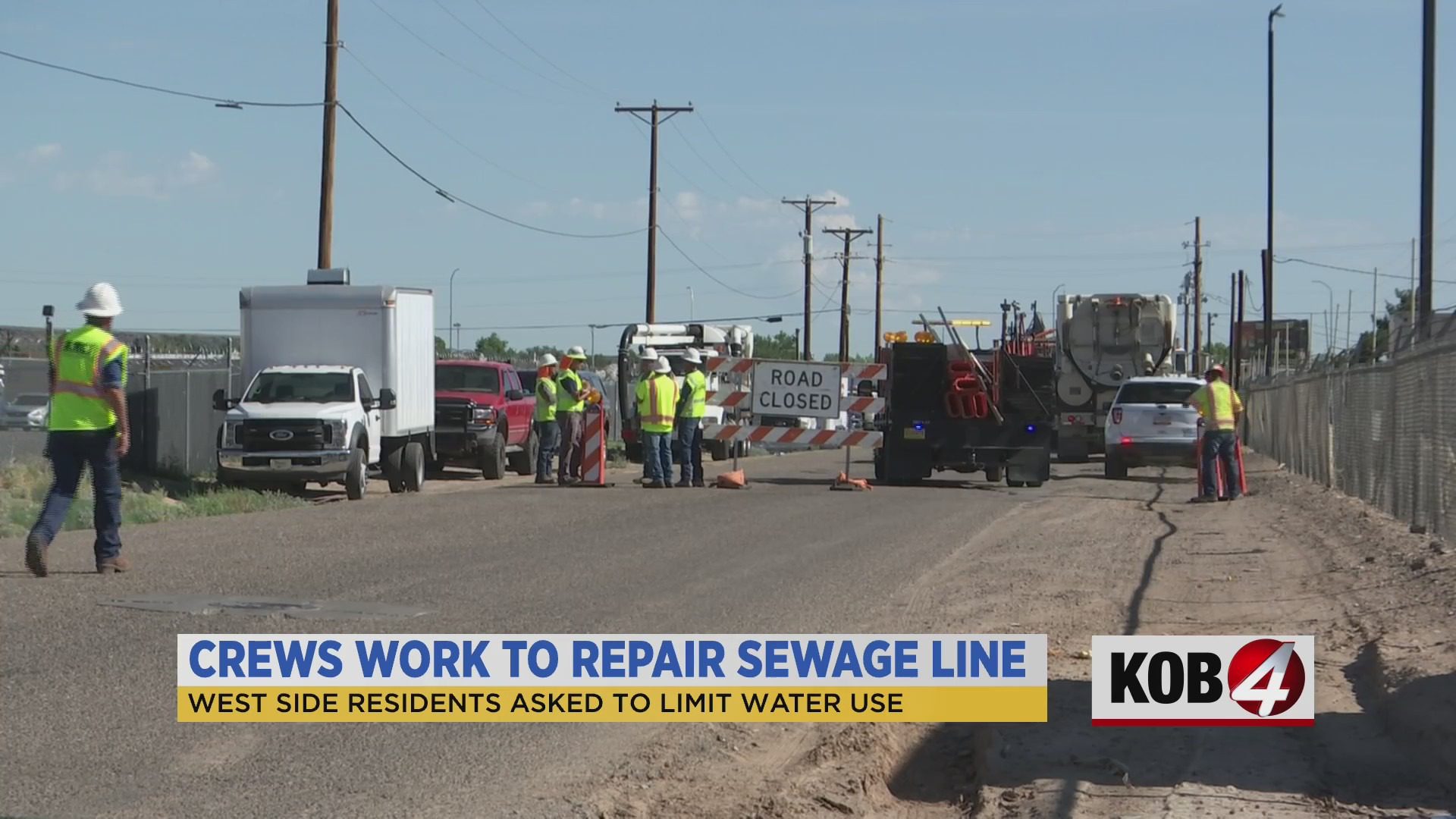 The collapse happened near West Mesa High School, and Monday crews began work on a bypass system as an emergency fix.

“We’ve been working all night to get the situation rectified to set up a bypass pumping operation, we’ve made some excellent progress on that front,” Morris said.

And for that reason, the city is asking folks to limit their water use Monday while crews work on a bypass system. That means hold off on that dishwashing, limit your flushing and showering to reduce flow to the broken pipe.

While crews have already been replacing surrounding sewer pipes as part of a bigger project, this stretch was not on the list to be replaced, but now it has to be.

“This particular sewer line is about 60 years old and nearing the end obviously of its useful  life there’s actually other sections of this line that are being replaced right now, but we have not gotten to this section yet,” Morris said.

Also adding nothing was wrong with the pipe, it was just old.

“Sewer lines at some point the old concrete type pip will eventually erode away because of the sewer gases that will eat away at the concrete, so after several decades the pipe weakens,” said Morris.

The water authority said the actual repair of the sewer line is expected to take a few weeks.