ALBUQUERQUE, N.M. — There was a snafu this week with a New Mexico road sign.

A sign for I-40 in the East Mountains spelled Albuquerque without the “R,” leaving people on social media surprised and confused.

A spokesperson for the New Mexico Department of Transportation said it fixed the mistake, which was on Route 66 as it runs parallel to I-40 west of Edgewood.

The spokesperson said they got a lot of calls about it this week, and there’s some good news – there was no cost to fix it.

Albuquerque hasn’t always been spelled this way. Spanish settlers originally called it La Villa de Alburquerque. Later it was shortened to just Alburquerque (but it kept that second R), before it was changed again to the current spelling. 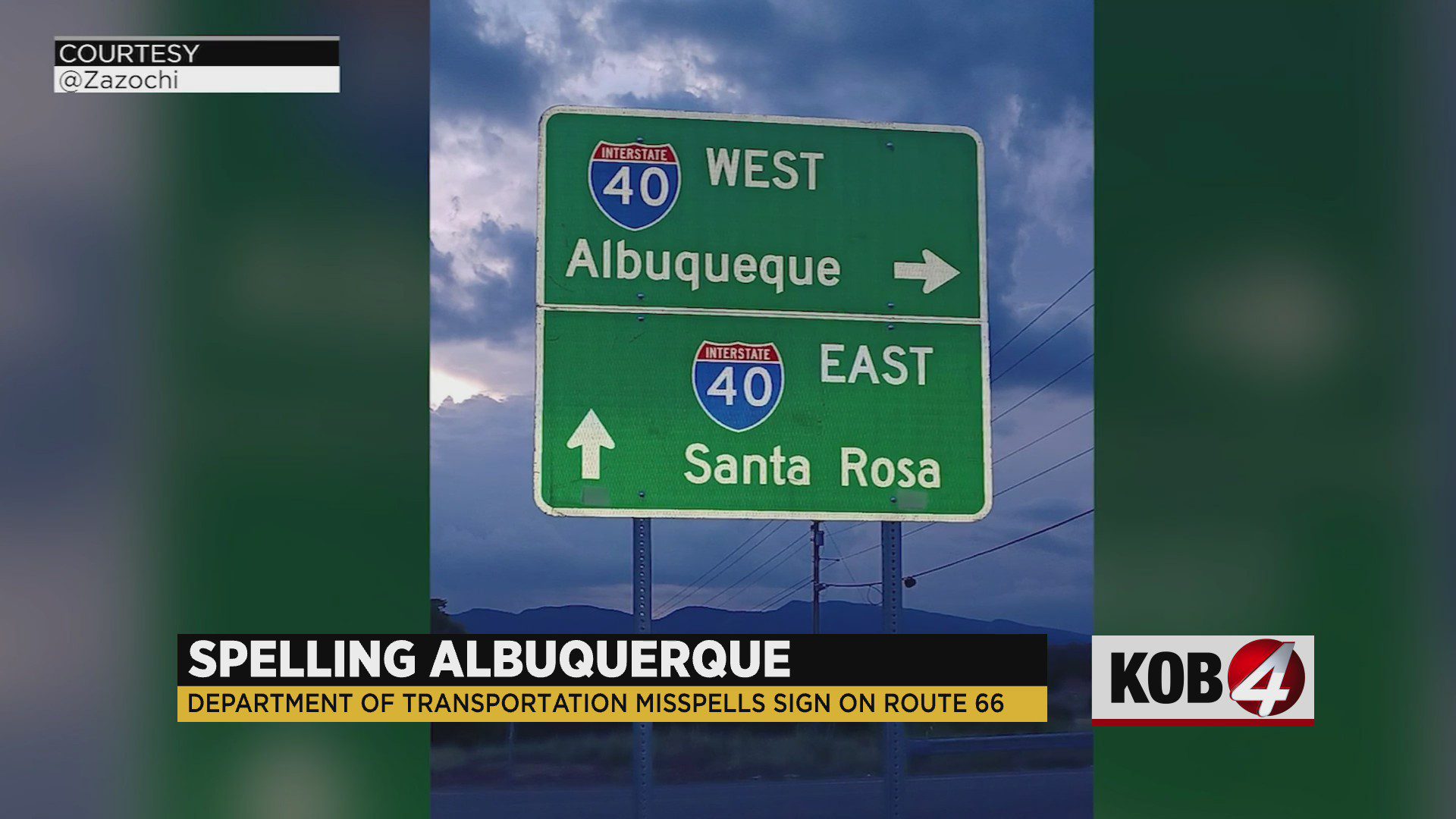 KOB 4 wondered how people from out of state would do at spelling the city name.

Click on the video above to see how people did Wednesday in Old Town.