Update: All of the five teens involved have been taken into custody.

ALBUQUERQUE, N.M. – Gracie Gonzales is leaving Albuquerque and never looking back – all because a group of teenagers misidentified a car.

APD says it was a case of mistaken identity. It happened at the Maverik gas station off Comanche and I-25 at the end of March. Now police are looking for five teenagers connected to a deadly shooting.

That’s when police say Salazar mistakenly identified a black SUV as the same vehicle belonging to the masked attackers. 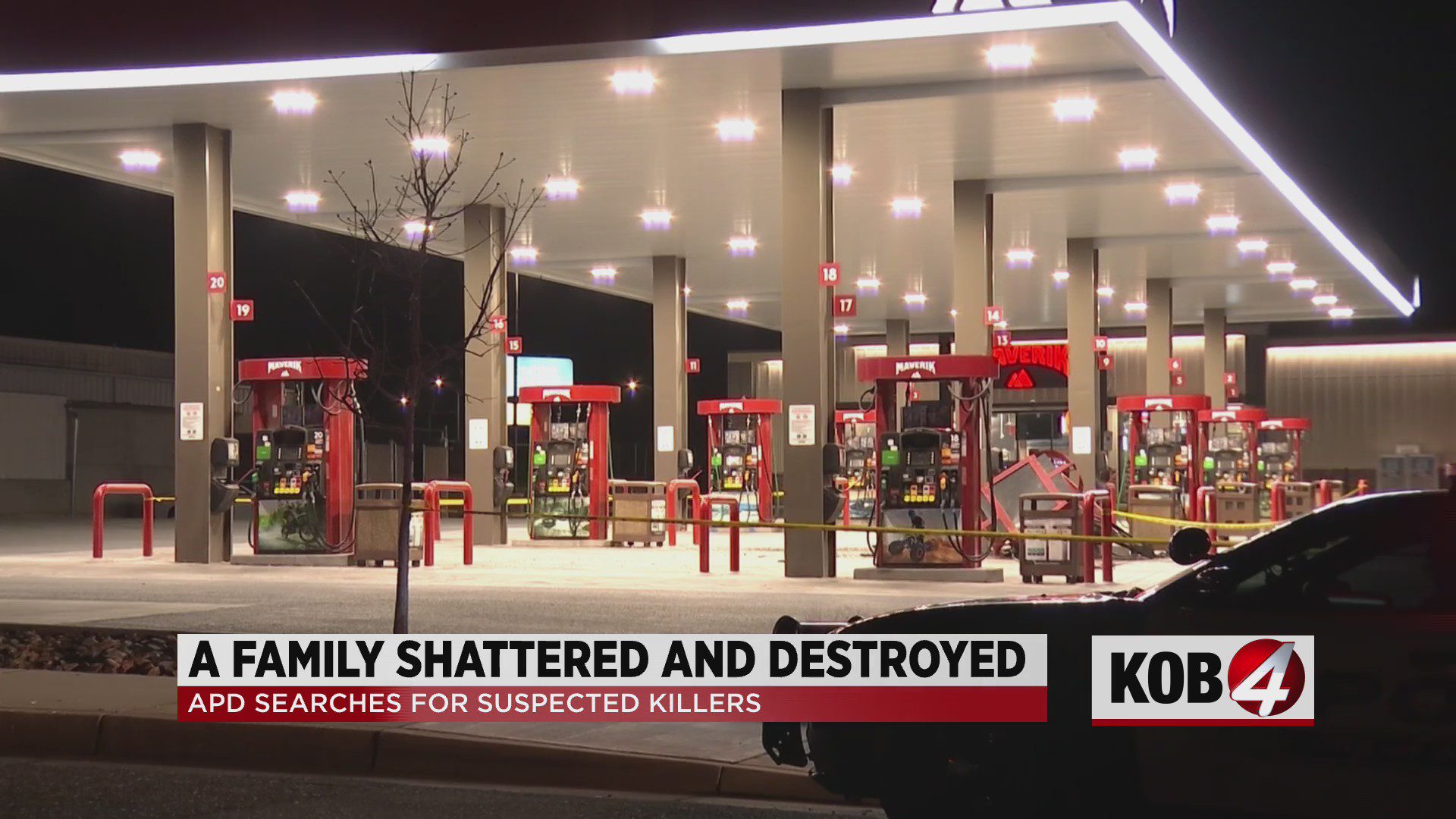 The SUV had Kayla Montano in it – with her fiancé and her 7-year-old daughter in the backseat.

Montano was killed in the shooting. Her mother says it has destroyed her family.

Montano was set to get married this year.

“My family has been shattered and destroyed all because these stupid little girls misidentified a vehicle and these stupid boys didn’t have the guts to confront them like the supposed men they wanted to be, instead they just shot at them,” Gonzales said.

She says, at one point, she actually moved to a different part of Albuquerque, believing it would be safer for her family. Now her family will never be the same.

“They were planning their wedding. They were doing great,” said Gonzales. “And over what?! stupidity.”

“And although all the bullets came from the left side, one of them penetrated the right side, which tells me that – just like any good mom, she turned to check on her baby girl and got shot for it,” Gonzales said.

Now Montano’s 7-year-old is getting adopted by Gonzales.

“She keeps asking me, is everybody in jail. And I have to keep lying to her and tell her yes. Yes, everybody is in jail. Well we know nobody – nobody has been arrested and these kids are out there hiding probably, being helped by their families while my family has been shattered,” said Gonzales.

The cell phone analysis revealed in court documents shows at least a couple of the teens watch the news. With that in mind, Gonzales had a message for them.

“Let me stop lying to my little girl, turn yourselves in and pay for what you did. My daughter was innocent, my family – they were innocent and you almost killed a 7-year-old for God’s sake. Have pity on our family and turn yourselves in. Your parents please. I’m sorry that your kids have destroyed their lives and they took my girl’s life and they deserve to pay,” said Gonzales.

Police say none of the five teens are in custody. The oldest, Salazar, is now charged with murder.

Gonzales says she’s moving her family to southern New Mexico because Albuquerque is too dangerous.