ALBUQUERQUE, N.M – A team of young football players is still recovering from a traumatic practice almost a month after parents and coaches say a group of men got into a shootout, just inches away from the park where children were running drills. Now, they’re ready to talk about what they saw.

Parents told KOB 4 they’re still terrified and have been looking over their shoulders at every practice since the reported shooting.

The Friday evening on Aug. 26 started out just like any other at Thomas Bell Park.

“I just sat in the car with my little son, just reading, you know, his books and doing this little, you know, daily homework,” said a mother of an Albuquerque Bulldogs player.

Parents of children on the Albuquerque Bulldogs youth football and cheer teams parked and waited for practice to wrap up. At the same time, one mother, who wishes to remain anonymous, says three cars pulled into the parking lot. 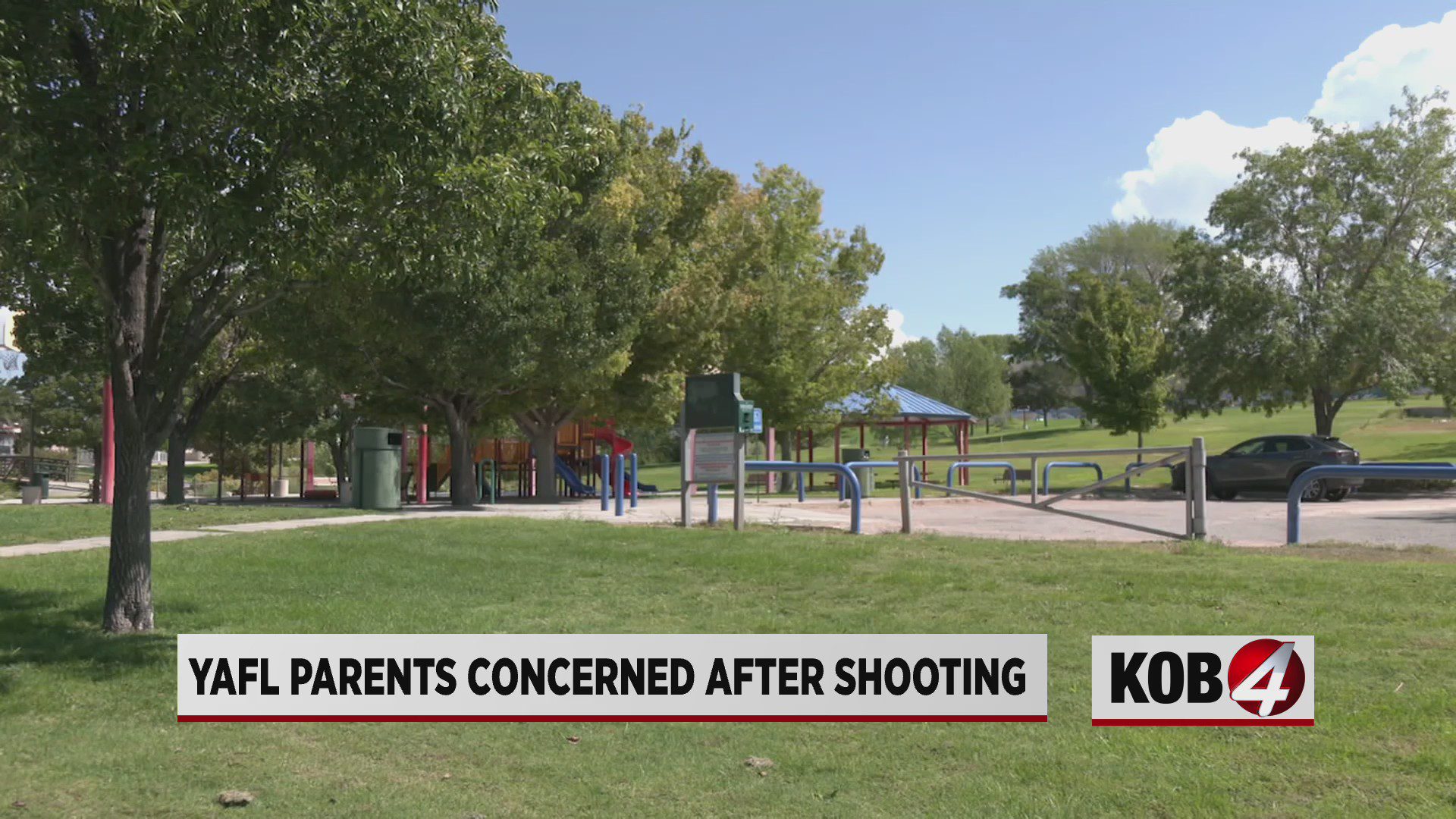 “I would say I think it was like five or six guys,” she said. “They all got out of their cars, and they all started talking and then they started yelling. And then out of nowhere, they all pulled out guns which freaked me out because I was like, what in the world, for a sec. I thought it was like- I didn’t know what was going on.”

Without thinking, she says she yelled to warn everyone else, got her son in the car, and left.

The team’s coach told KOB 4 shots were fired and that he led the rest of the players to a nearby ditch.

“He ran all the kids to that ditch and he hid everybody. He didn’t have anybody get up or do anything. He sat there and waited until every one of those guys left before any of the families were able to leave,” said the mother.

Albuquerque police says officers were called out to reports of shots fired just after 7 p.m. By the time they arrived, the suspects were gone. CSI later went out to collect casings in the parking lot.

Thankfully, no one was hurt and the mother we spoke with says the team hasn’t practiced at Thomas Bell Park since.

“Immediately, coach changed parks. We didn’t even have to ever go back to that park again,” said the mother.

A board member for the Kirtland Community Association says nothing like this has ever happened before at Thomas Bell. He also said the youth football team has practiced there for the past 15 years and he hopes they come back.

“It’s just sad how, I don’t know, we can’t just do normal things without the worry of what other moronic people are doing,” said the mother.

“Gun violence happens unfortunately all too often. It really is unfortunate that this incident happened during a youth football and cheer practice at a city park. I am just grateful that our coaches had the awareness of the situation and did what needed to be done to keep kids and parents safe.”