ALBUQUERQUE, N.M. – Two homicides over Tuesday night brought the Albuquerque Police Department’s total number of cases to 69 this year, compared to 67 from the same time last year.  The city is now on pace to break a record, which you may recall was just set in 2021.

So we asked those working to combat violence for the City of Albuquerque: is there any progress in the fight to make the Duke City safer?

“We had to really look at how we give resources to homicide investigations different to how we have in the past,” said Kyle Hartsock, APD deputy commander.

Hartsock says for the first time in a long time, APD is investing in finding killers.

“Because these cases take a lot of work. So that number 16, we actually just hit this week. We now have 16 full time detectives in the homicide unit,” Hartsock said. 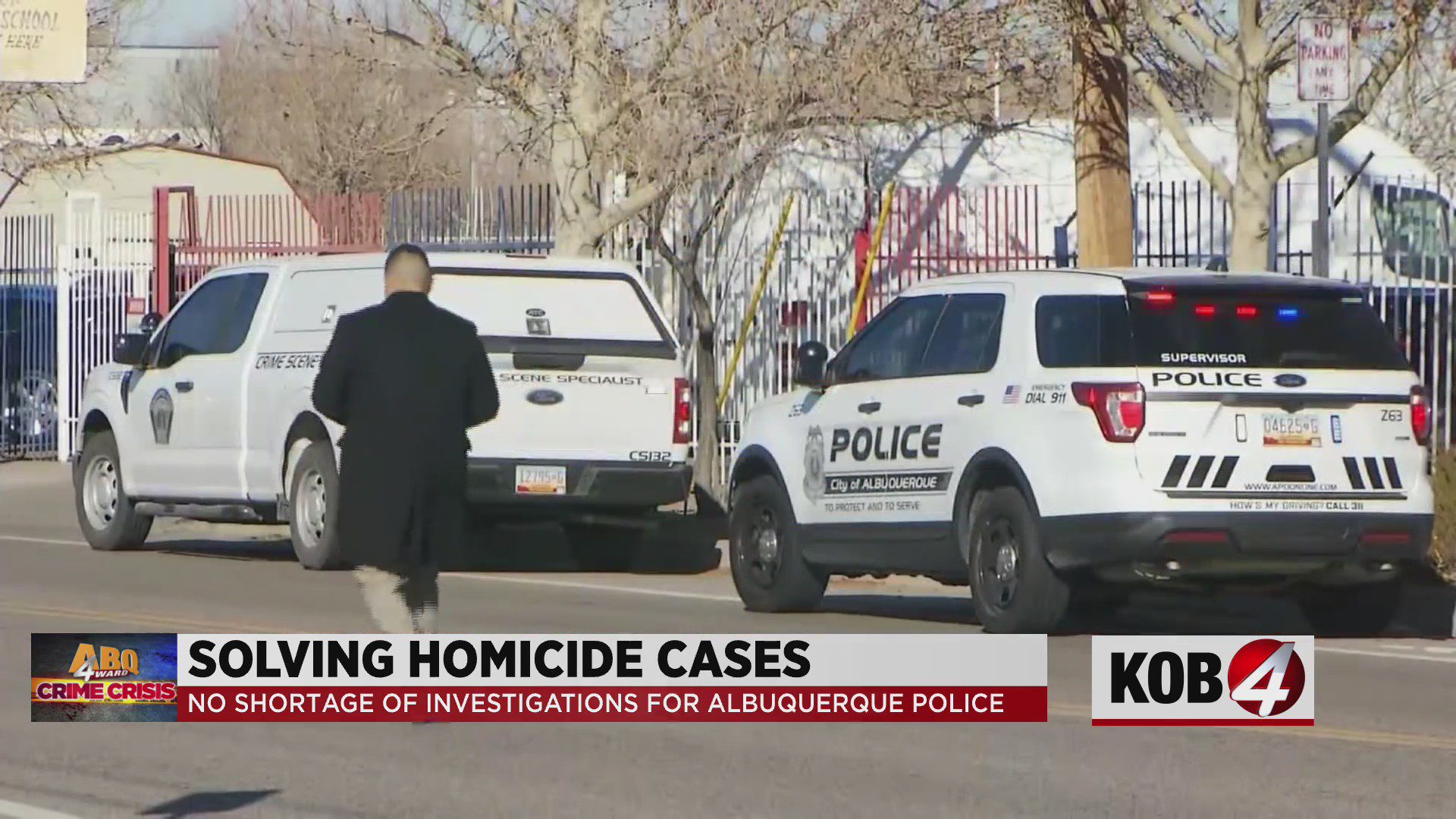 He says it’s the most homicide detectives APD has ever had and they are getting results.

“Our clearance rate as of Monday is 93%,” said Hartsock.

The clearance rate is calculated by dividing the number of cases solved, from any year (past or present) by the number of homicides this year.

Last year, around the same time, with a similar number of homicides, the clearance rate was just above 40%.

But this year there have been more killings at the same time last year, so how are we preventing violence?

“What we’re doing is working! And it has not been done in the city before,” said Gerri Bachicha with the Violence Intervention Program.

Bachicha heads up the Violence Intervention Program where they have caseworkers to intervene with people who are high risk for violent crime.

She says over the past two years, they’ve reached over 300 people and 90% of them have not returned to a life of violent crime.

But that is a drop in the bucket, in the grand scheme of things. Which is why they are getting new funding to hire new caseworkers, including one that will work with 12 already identified at-risk kids at West Mesa High School who have been suspended a number of times.

But when will all this lead to results?

“I wish I had a crystal ball to predict the future. I know we are going to serve more than double the amount of people we are serving right now with our expansion,” said Bachihca.

“It might be having the effects right now. Like, those seeds have been getting planted and there are more that are getting planted. We just can’t always instantly tell the results until it’s over,” said Hartsock.