ALBUQUERQUE, N.M. – On Wednesday, a former Albuquerque spa owner found out she will serve a three-and-a-half year prison sentence. This is the end to the “vampire facial” case where at least two customers later tested positive for HIV after the treatments.

Inspectors say they found health-code violations at “Vip Spa” for not cleaning properly, leaving needles out, and not labeling syringes.

A woman became HIV positive as a result of a “vampire facial” at Vip Spa, and she testified in the case.

She spoke to the Albuquerque Telemundo affiliate and says a few weeks — after the facial — she felt sick, noticed she had bruises, and a family member recommended she get tested for HIV. 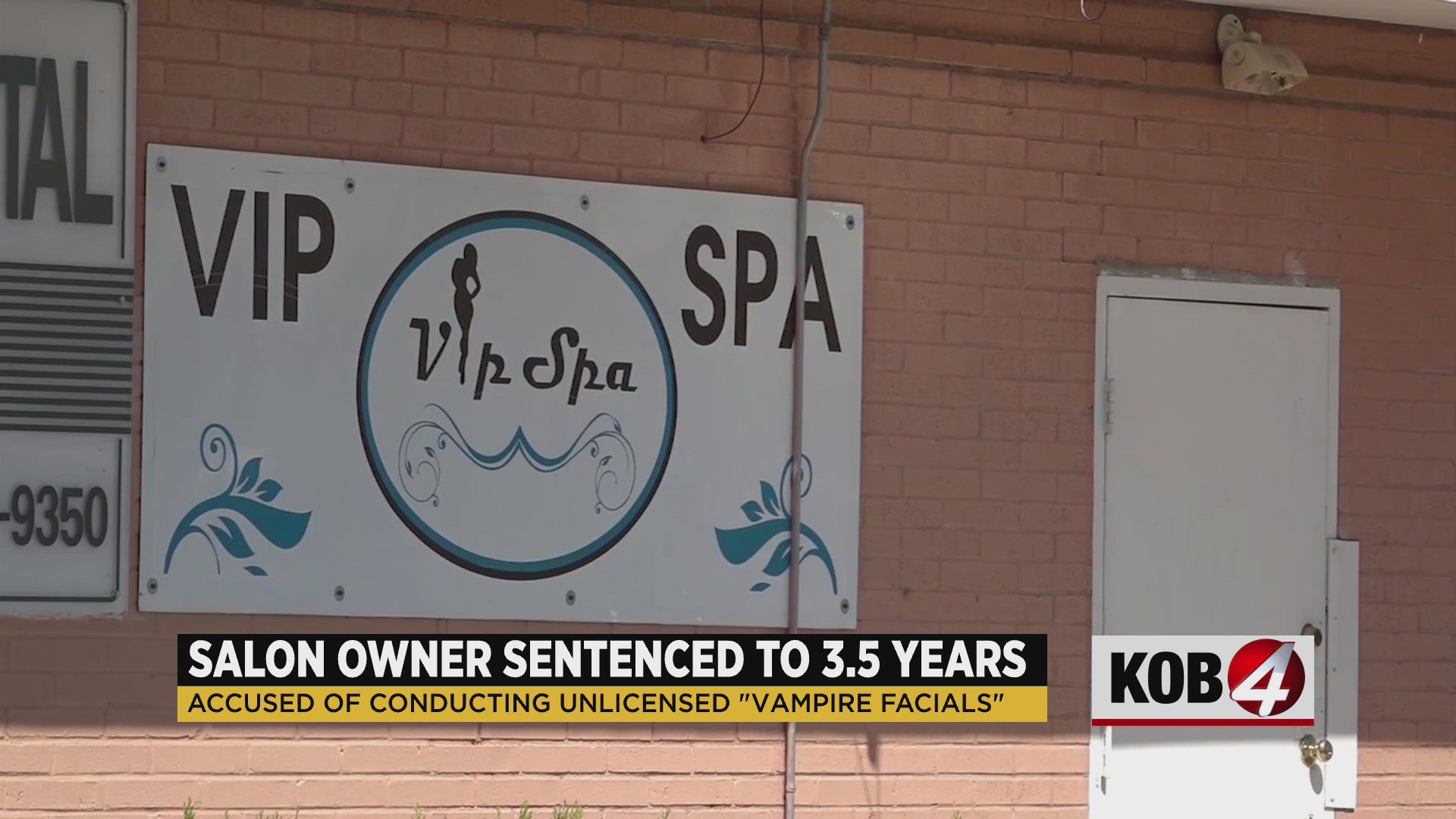 She says her life has changed forever.

The so-called “vampire facials” are a treatment where someone’s own blood is injected back into their face, to supposedly improve skin health.

“It’s a tragedy. The victims really have paid a dear price, life-changing, for a customer to want to just receive beauty services and then walk out with HIV – no customer in America deserves that outcome,” said Balderas.

He has a warning – saying people need to be careful where they get treatments like this.

“A lot of mothers and daughters are having conversations, that they are seeking out higher level professionals, that we’re not just so trusting,” Balderas said.

Right now, any spa can offer these treatments.

Balderas is calling on the state Legislature to pass regulations.

“This provider should have never been allowed to do these types of services. She took excessive risks,” said Balderas. “There needs to be reforms and oversight. These types of practices need to be medically certified and supervised. Regulators could have put her out of business well before she put lives at risk.”

The three-and-a-half year sentence for Ramos De Ruiz is the maximum for the five charges she faced.