ALBUQUERQUE, N.M. – On Monday night, people said goodbye to the one-of-a-kind TV franchise that made Albuquerque a household character.

Better Call Saul, the Breaking Bad spinoff, just wrapped its season and series finale. But for many it was more than just a TV show, it was a big part of their life, and some even turned it into a business.

Tractor Brewing hosted one of the many Better Call Saul viewing parties that happened across the metro, and it’s no surprise they were sold out.

For those who spent their Monday night watching the finale, it was a long-awaited and emotional farewell. 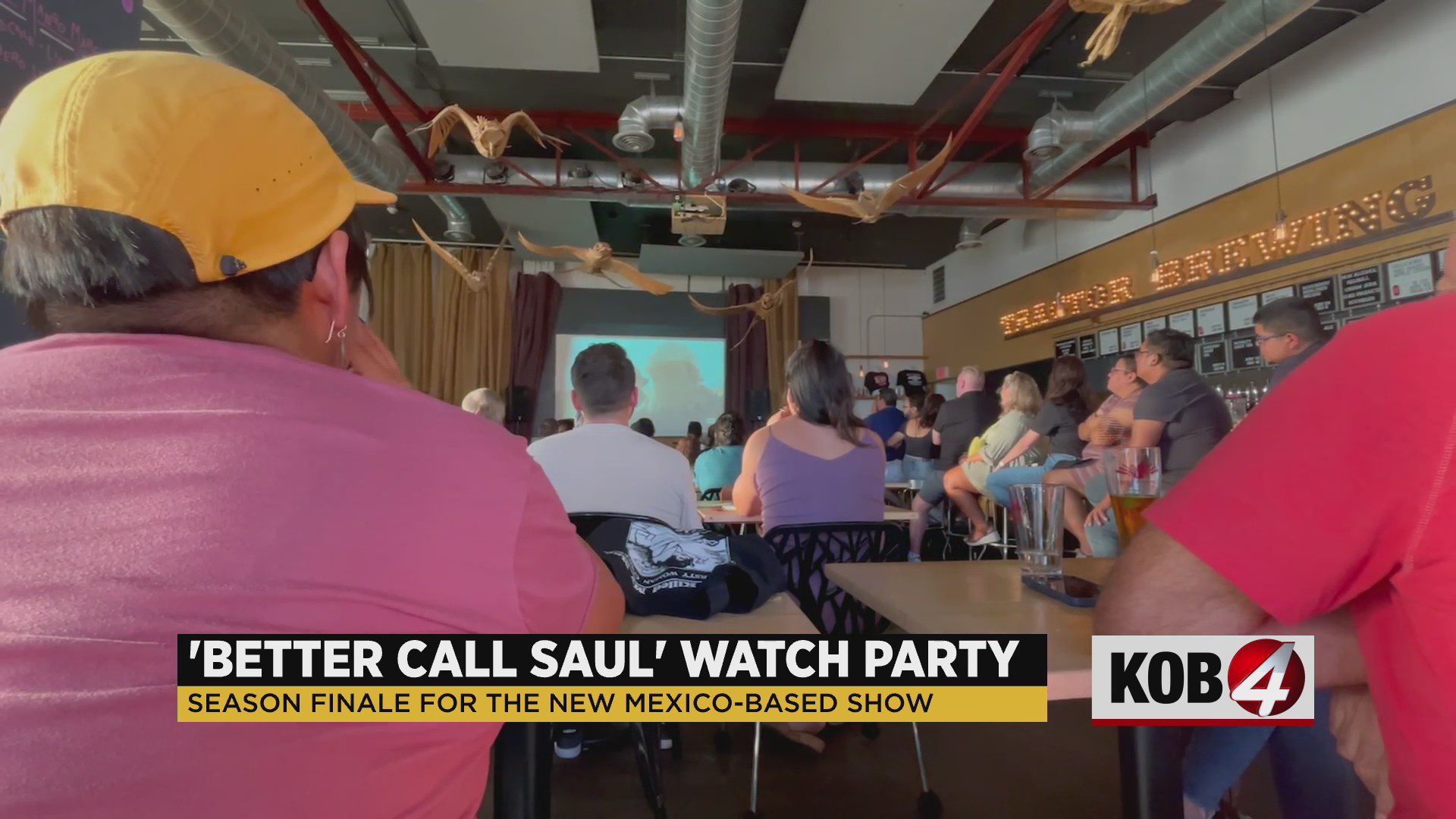 The title of the final episode said it all, “Saul’s gone.” But the dramatic conclusion will impact and leave a mark on the Land of Enchantment.

“It’s a double edge sword because we wanna see how it ends there is an adrenalin rush to see how it ends but you know in an hour and a half it’s going to be over,” host of watch party and co-owner of the Breaking Bad Store Marq Smith Candelaria said.

Tractor Brewing in Albuquerque has been hosting Better Call Saul viewing parties since the show premiered in 2015. And for the last three years, this watch party has also been giving back to the community

“We have been supporting The Cardboard Play House, a nonprofit that really helps kids in the community, and that’s what really drives these viewing parties not just to get together with fans but to help out a local organization as well,” Smith Candelaria said.

Every commercial break, the owners of the Breaking Bad store auction off memorabilia from the show. And all proceeds go to the local non-profit.

The series was successful on many levels for the cast, crew, and producers. But if you ask New Mexicans, there was one character that stood out above the rest.

“It’s Albuquerque!” Edward Candelaria said. “Albuquerque is the 6th character of these shows we have to celebrate.”

“It has really highlighted Albuquerque, both of us have been on Better Call Saul,” Dough Montoya said gesturing to himself and Berg.

Now that it’s over, most fans can’t help but ask that one question, just as they did after Walter White’s fate was decided. What’s next?

“It’s over, I don’t know what we are going to do now. We may just be out wandering the streets,” said Marq and Edward. “Who knows? We will just have to focus on the store, I guess.” So far the show’s creator, Vince Gilligan, has said Better Call Saul’s finale is the end of the famous franchise.

But we’ve heard that before with other popular films and series – so we shall see.