ALBUQUERQUE, N.M. – Online retail giant, Amazon, is scaling back some of its operations after a surge in E-commerce during the pandemic. Now, they are closing or canceling plans for 44 Amazon facilities nationwide and plans for another 27 facilities are also getting delayed.

But, what does that mean for Amazon’s footprint here in New Mexico? Amazon already has some huge operations here and had announced plans for expansions. So, KOB 4 called around to see where the Amazon construction projects stand right now and asked if they are changing plans.

“I think it looks like things are going well for all intents and purposes,” said Debbie O’Malley a Bernalillo County commissioner.

“I think it’s really had such a positive impact, in terms of jobs on the west side of the river,” said O’Malley. 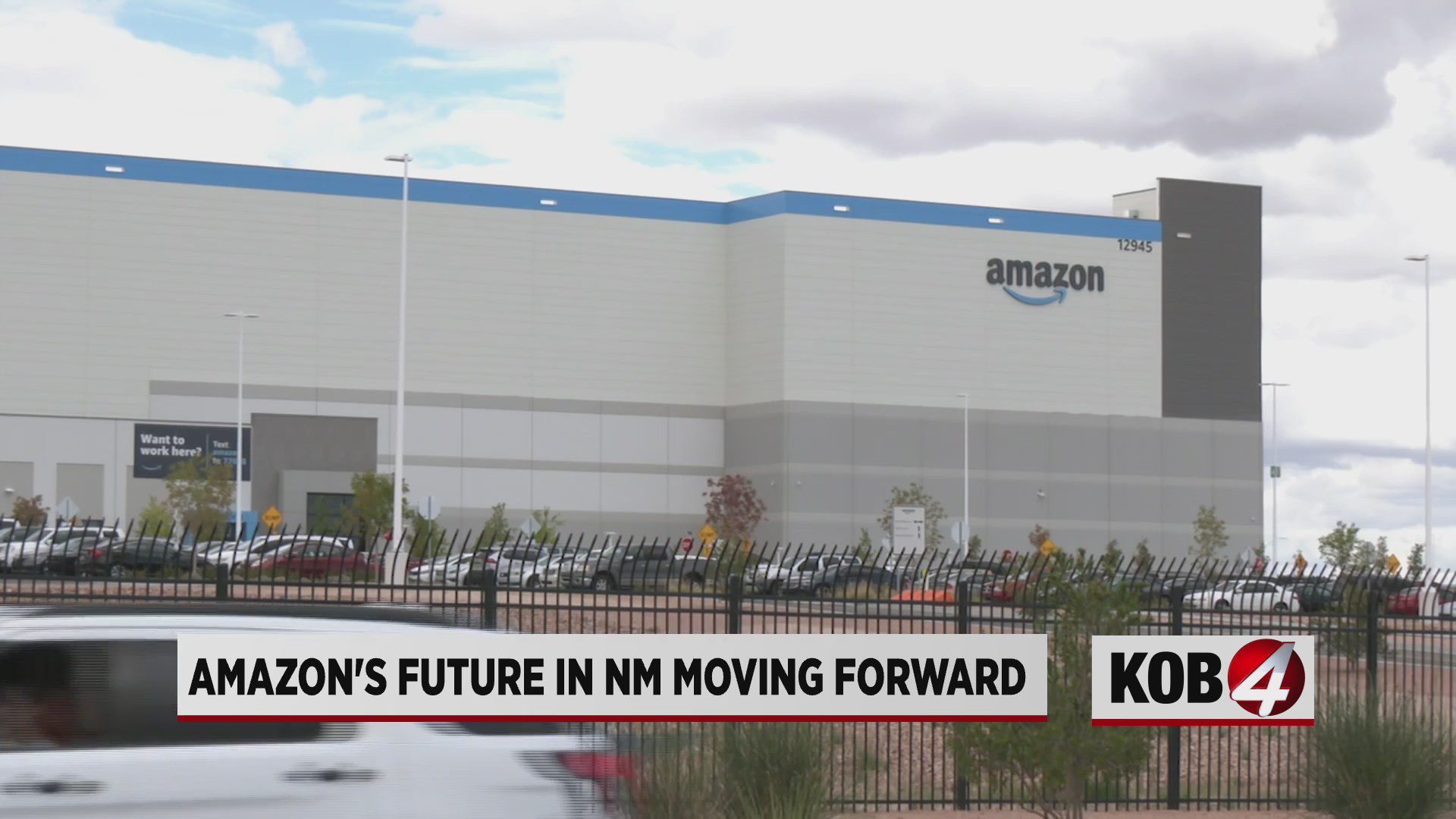 O’Malley has the massive 600,000 plus square foot fulfillment center on Albuquerque’s Westside, and she says “they are expanding, it’s under construction.”

She says the initial $7 million investment for the infrastructure for the business park has paid off with about 3,500 new jobs and 600 more could be coming.

At the Sunport, a new big blue building is set to open in the next couple of months. Amazon will be flying cargo to and fro with their long-term lease at the airport.

Perhaps Amazon’s impact will be most felt in the village of Los Lunas.

“We have more cranes in my little village than the entire Albuquerque area does,” said Kristen Gamboa, senior economic developer.

The one million square foot Amazon facility is still getting built next to the Facebook data center.

“Knock on wood but we are not expecting any changes to this project at all. I was actually on a call with them yesterday talking about that,” said Gamboa.

Gamboa says the deal to bring Amazon here and an additional 600 more jobs to the village was made over a classic New Mexico meal.

“I’m telling you it was that green chile cheeseburger. Like that was how good it was we didn’t have to offer any incentives to Amazon,” said Gamboa.

Delivery on time for more jobs here starting in 2023.

A spokesperson with the state economic development says Amazon needed to build a footprint here because of its strategic location near I-40 and I-25.