ALBUQUERQUE, N.M. — The Albuquerque Police Department has charged a 13-year-old and a 14-year-old for threats made against a local middle school.

On Tuesday, FBI special agents, APD, and Albuquerque Public Schools Police Department officers were dispatched to Kennedy Middle School in response to “a threat of violence on the school” that day.

Police said the threat was made to a faculty member through an online gaming platform and that faculty member reported the threat to APD. The FBI also reportedly received a tip from the Amazon Intelligence Security Alert and Awareness Center.

Both teens are facing multiple charges related to making bomb threats and shooting threats, as well as using a phone to terrify/intimidate. 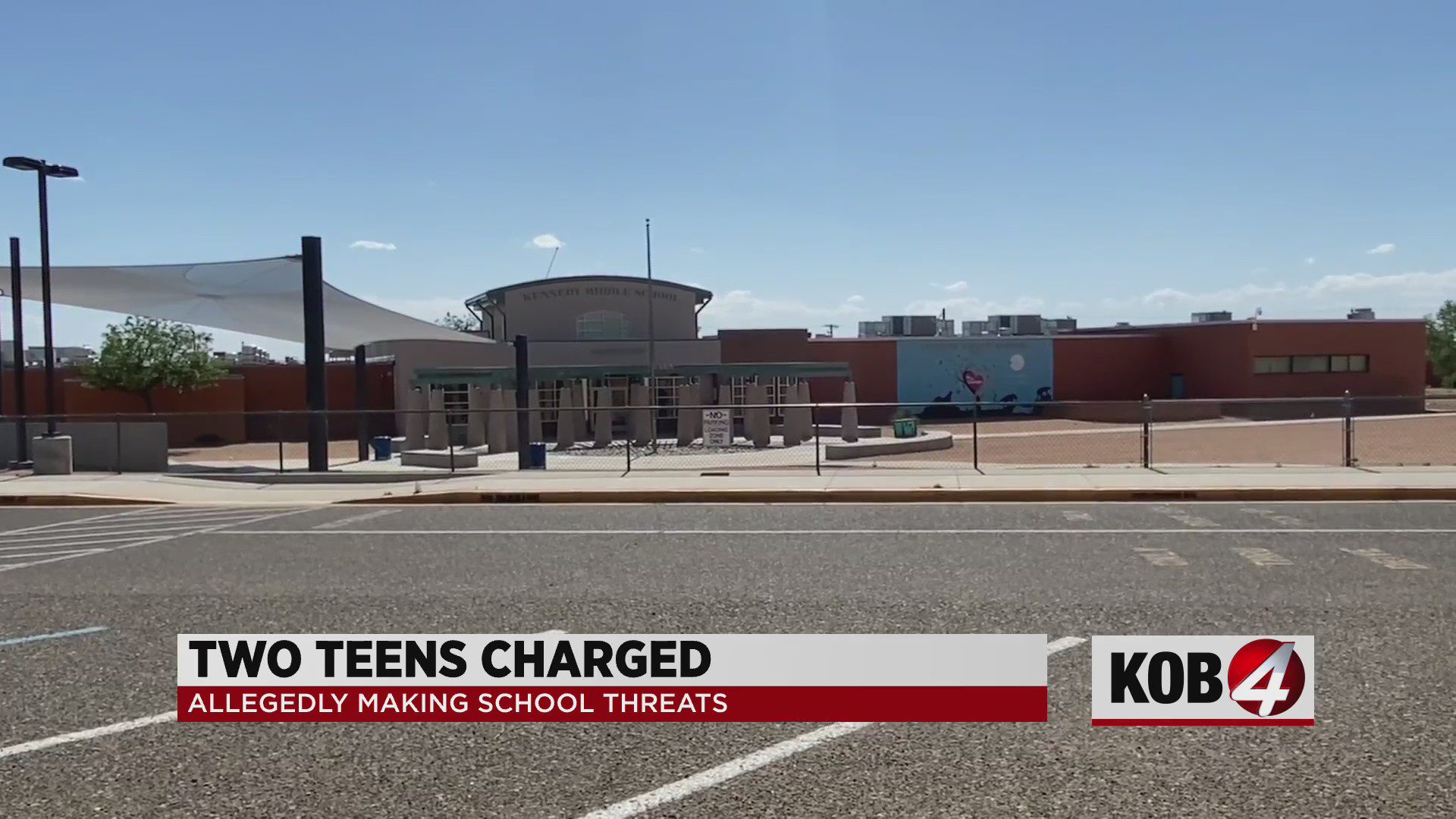