ALBUQUERQUE, N.M. – New details in a recent double homicide in Albuquerque reveal why the two victims may have been the target of a neighbor.

APD arrested 30-year-old John Paul Ballejos Saturday afternoon for the killings of 31-year-old Daniel Humphrey and his 49-year-old aunt Sonia Tenorio. Officials say the two people shot to death may have been killed because their upstairs neighbor had a “vendetta” against their family.

Now, the family is in mourning, and neighbors at a northwest Albuquerque apartment complex are grappling with what they saw and heard.

Neighbors at the Casa Linda apartments on 59th Street are still trying to process the shocking deaths of Daniel Humphrey and his aunt Sonia Tenorio. 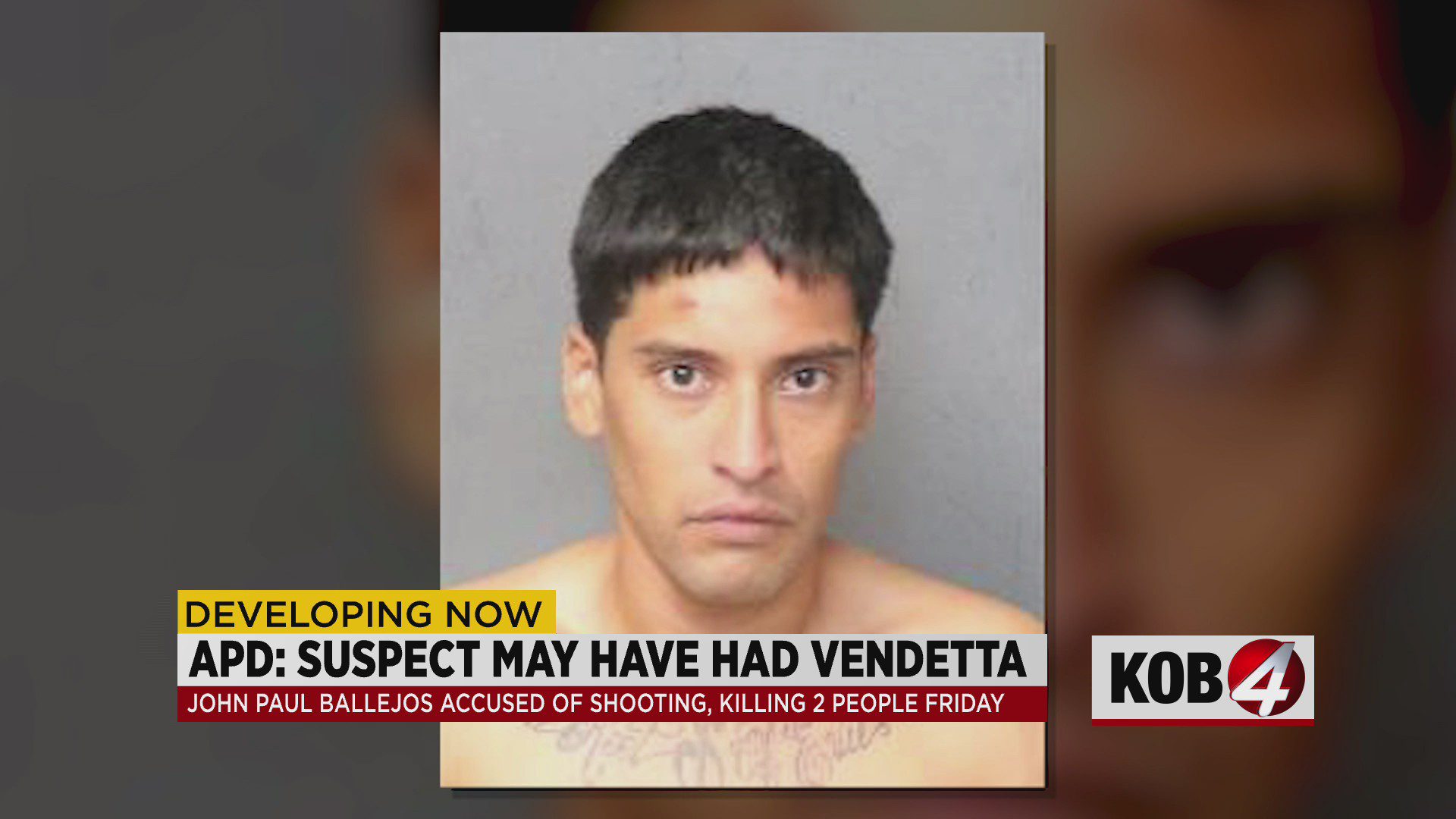 According to a criminal complaint, officers arrived on scene to find Humphrey and Tenorio shot to death Friday night.

Police say surveillance video shows him shooting her brother outside the apartment.

Police believe Ballejos then went inside and killed Tenorio. They say he shot them both twice in the head.

Investigators believe he had a “vendetta” against them.

According to the criminal complaint, Cynthia explained to Albuquerque police officers that back in July Ballejos shot a bullet through her bedroom ceiling. She says Ballejos was harassing her after she rejected him and that Ballejos blamed her when he got evicted.

Neighbors say they heard what they believe were those gunshots back in July.

“We did hear a couple of shots fired like a couple of weeks ago I don’t know if the cops were called or anything like that or if anybody was injured, but it sounded like the same area right over where something had gone down,” said a neighbor.

This isn’t Ballejo’s first time being violent. He has a list of other violent offenses listed in the criminal complaint against him.

In a temporary restraining order filed by Ballejo’s uncle, Hesiquio Cordova, Cordova says “Ballejos constantly reminds us that he has murdered someone before and that he would not be afraid to kill us.”

On Saturday afternoon, Ballejos was arrested at Cordova’s house in the Barelas neighborhood, which is the same address listed on the restraining order. It’s also the same address where police say they found Cordova and his girlfriend Virginia Serna shot to death in May.

Police say they’re investigating whether Ballejos killed them. Right now he faces two charges of homicide in this most recent incident.

Neighbors say while they’re saddened by the violence but they’re not shocked.

“Honestly it’s not super surprising just because Albuquerque has become a lot more violent in the past couple of years,” said a neighbor.

Ballejo is expected to be before a judge sometime after the Labor Day holiday.