Investigators are still trying to figure out where the shots came from.

Police said their gunshot detection system alerted them that five gunshots were heard near the school. Del Norte was forced to shelter-in-place. Police went through the school, checking all classrooms and the surrounding area.

APD officials said they didn’t find the shooter, any victims, or damage to the school. Police added that they were able to start searching the school before they arrived on campus, thanks to new technology that allows them to access APS cameras.

“We are very fortunate to have access to the video cameras throughout APS schools, so when we get this information and ShotSpotter activation, almost instantaneously we are able to look into the school and start that search so that protects students much better than what we had before,” said Gilbert Gallegos, APD spokesman. 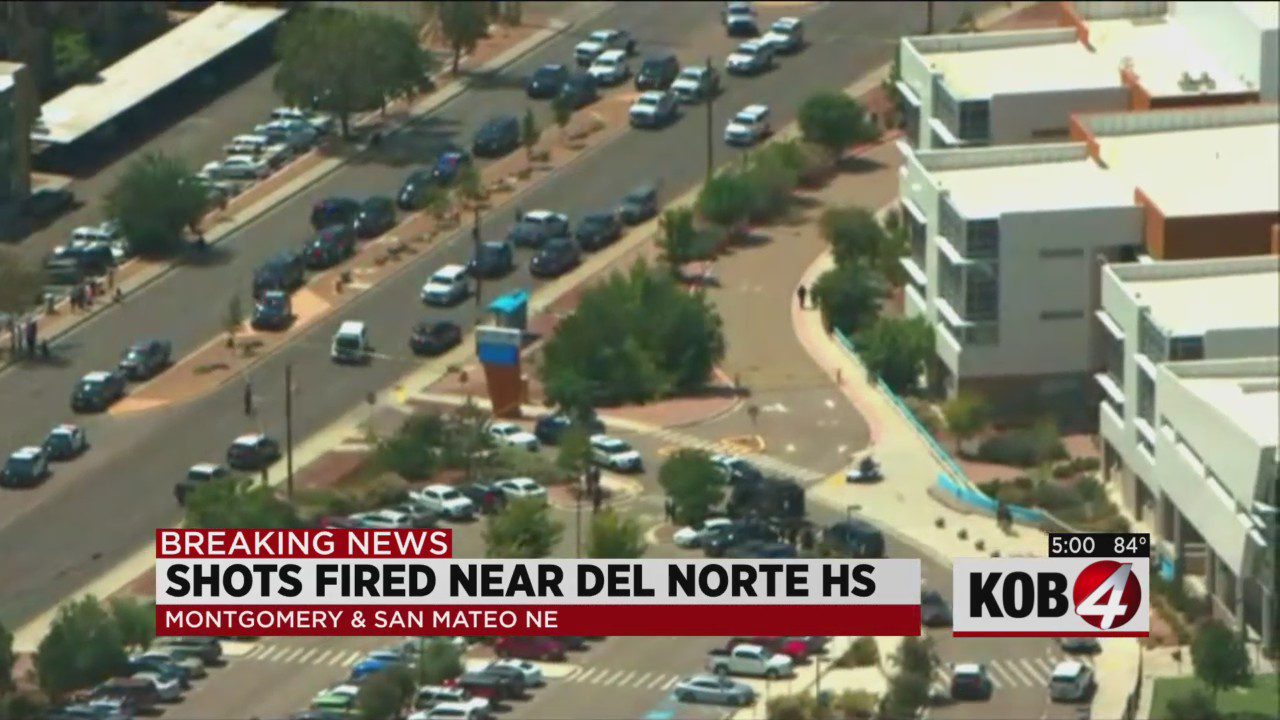 There were no reported injuries. For now, police are still searching for the shooter.

Nearby schools, nex+Gen Academy and Governor Bent Elementary, were also under shelter-in-place orders that have since been lifted.