ALBUQUERQUE, N.M. — A motorcyclist is dead after a crash Tuesday morning on Albuquerque’s West Side, near Coors and Montaño.

Police said speed appears to be a factor in the crash.

According to APD, a vehicle was making a left turn from southbound Coors to the shopping center at 5600 Coors. The motorcyclist was traveling northbound and collided with the passenger side of the vehicle, causing it to roll over. A person was trapped in the vehicle after the crash but was freed and taken to the hospital in critical condition.

The motorcyclist was declared deceased on scene.

All lanes of northbound Coors were closed from Dellyne to Montaño. 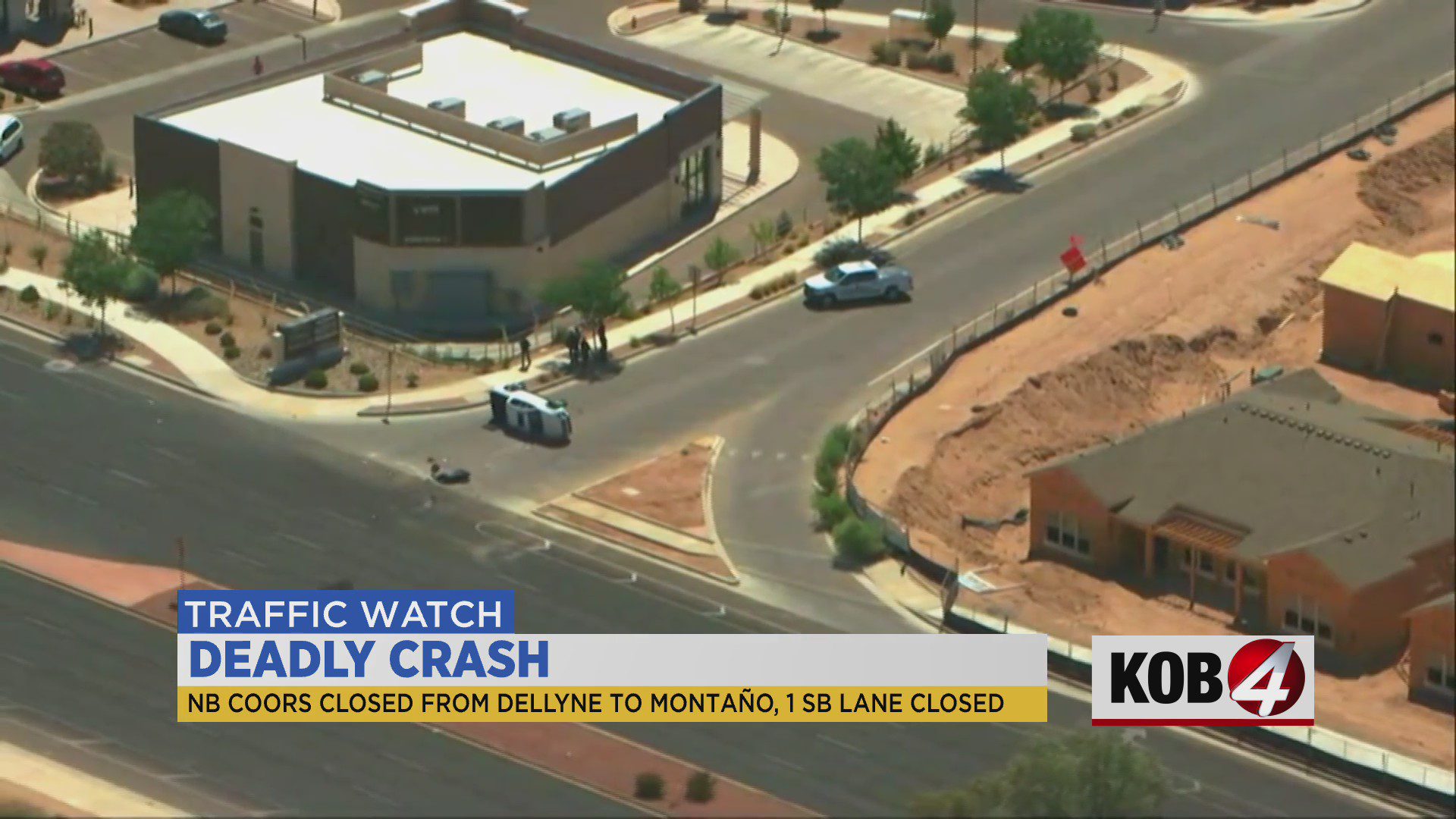 Police said alcohol does not appear to be a factor in the crash. The investigation is ongoing.