APD: Suspect in custody, tied to shooting at lawmaker’s home

ALBUQUERQUE, N.M. — The homes or offices of six local elected leaders were shot at over the last few weeks, according to Albuquerque police.

Mayor Keller and Chief Medina held a news conference Monday to announce they have a suspect in custody on unrelated charges, who they believe is linked to the recent shootings. APD says they also have a weapon connected to at least one of the shootings.

Police would not say whether the suspect is in local or federal custody. They only said the suspect was a man under 50.

APD is working with New Mexico State Police to make sure lawmakers feel safe while at the 60-day legislative session, that begins next week.

If you’re in the app, click here to watch the livestream. 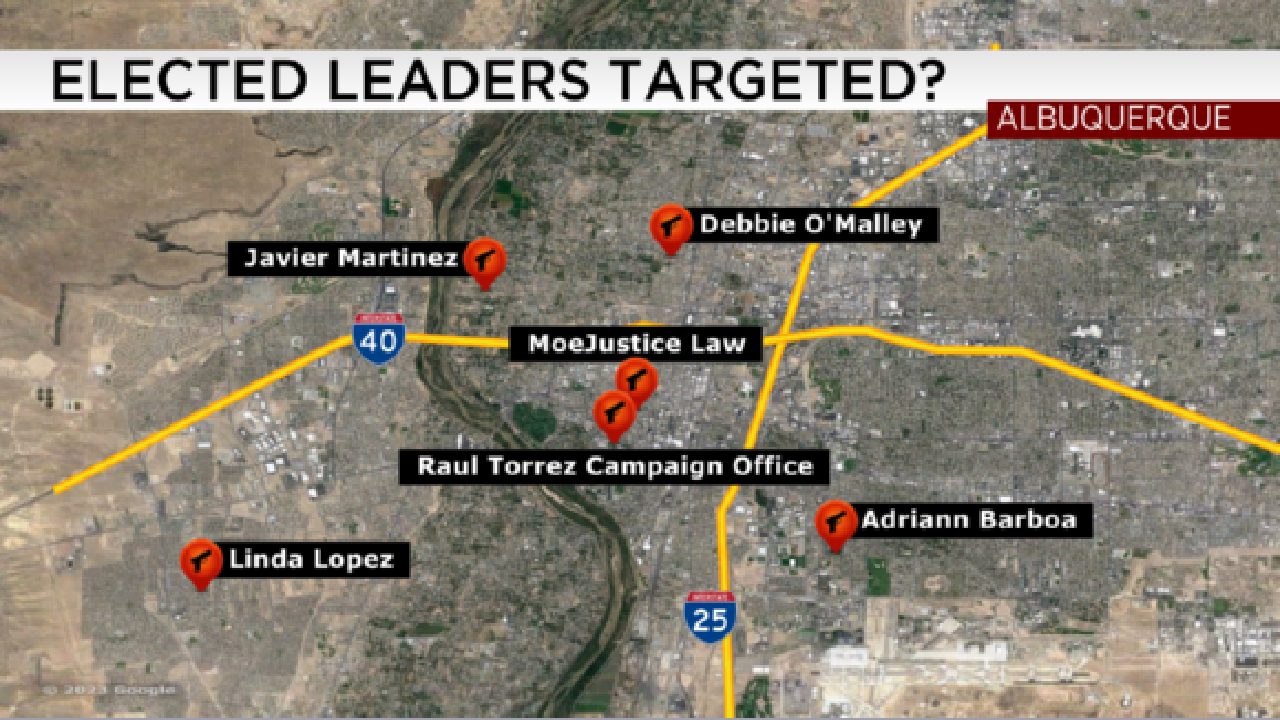 Police had announced they learned about a sixth incident Monday morning. Rep. Javier Martinez told police he heard gunfire outside his Albuquerque home in early December.

Then, after hearing reports of gunshots fired at other lawmakers’ homes last week, the incoming New Mexico House speaker inspected his home and found damage, presumably from when he heard the shots fired.