ALBUQUERQUE, N.M. – On Sunday morning, Albuquerque Police Department responded to what has become the department’s 45th homicide of 2022.

It happened at the Four Hills Studios near Central and Juan Tabo where officers responded to a call around 6:30 a.m. about an unresponsive individual inside an apartment, according to APD.

Police found a person and what they called “evidence of a violent crime” when they entered.

This latest homicide makes May the month with the most homicides so far this year.

A week ago, APD responded to a call of a man lying dead in the street, and on May 12, APD officers found 44-year-old Jonathan Wacondo shot to death behind a Walgreens near Central and San Mateo. 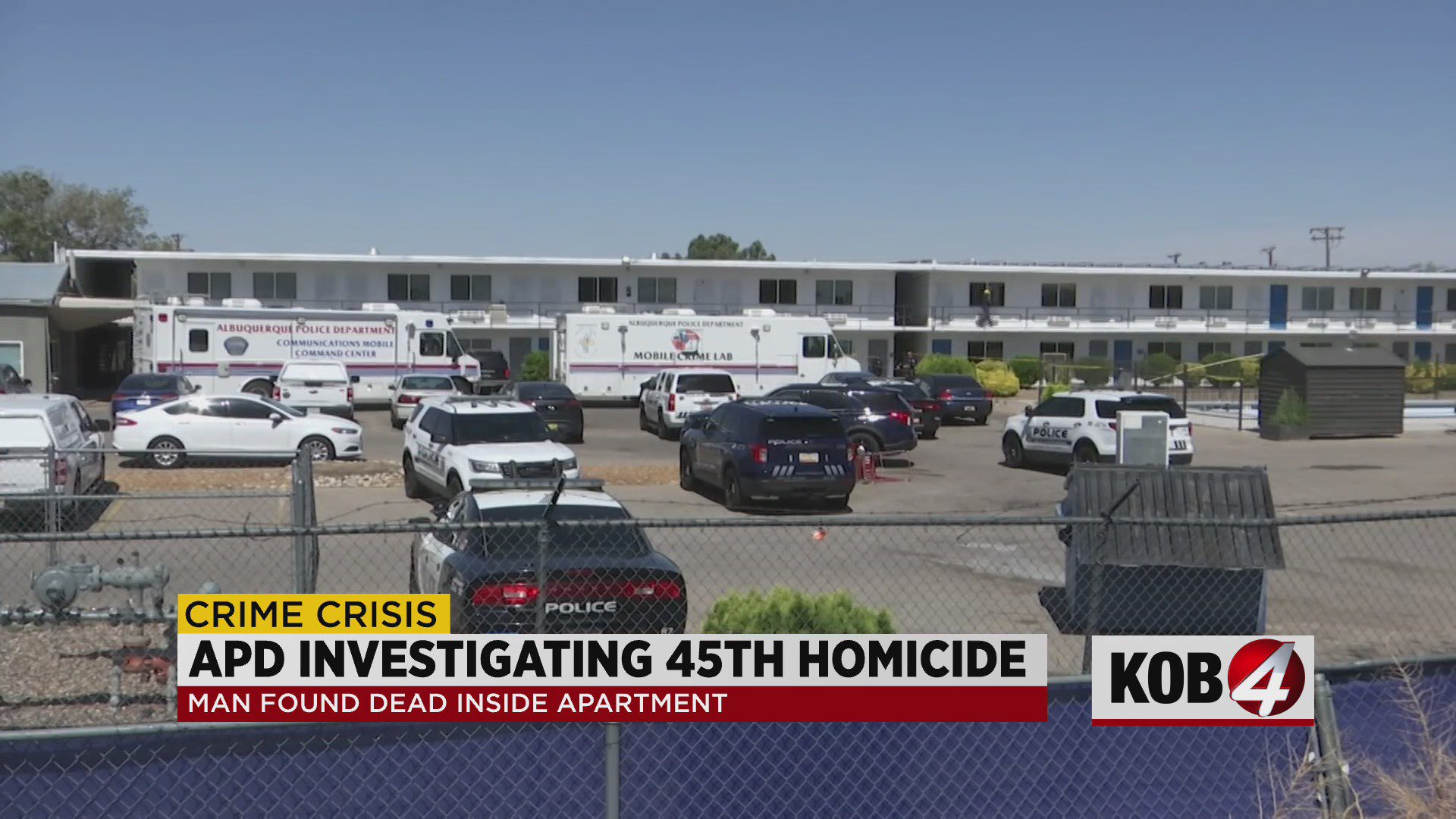 On May 11, APD responded to a shooting where they found a man dead near Southern and Cardenas.

No arrests have been made in those three cases.

Earlier this month, APD responded to five other homicides involving a shooting, including the one outside Party City that took the lives of teenagers Mario Salgado-Rosales and Alexia Rael.

At the start of May, APD responded to two other homicides – one was a stabbing. Michelle Morgan was later charged with murder for stabbing her boyfriend Martin Miera. She later died in jail.

This count does not reflect the latest APD investigation into the body found at Taco Bell. It’s based on APD’s latest weekly homicide update found on the City of Albuquerque website.