ALBUQUERQUE, N.M. – An apartment complex in northeast Albuquerque is at the center of the city’s 71st homicide this year.

Police and management for the complex say Monday afternoon’s incident started with a fight involving multiple people. They also say they’ve arrested and charged the man they believe is responsible.

It happened around 4 p.m. Monday. Witnesses told police that 25-year-old Michael Anthony Koester and his girlfriend found multiple teens in her apartment – some not wearing clothes.

Koester reportedly confronted one of the teens, then picked him up and took him outside.

Police said the teen then called his family for help and told them to bring guns. 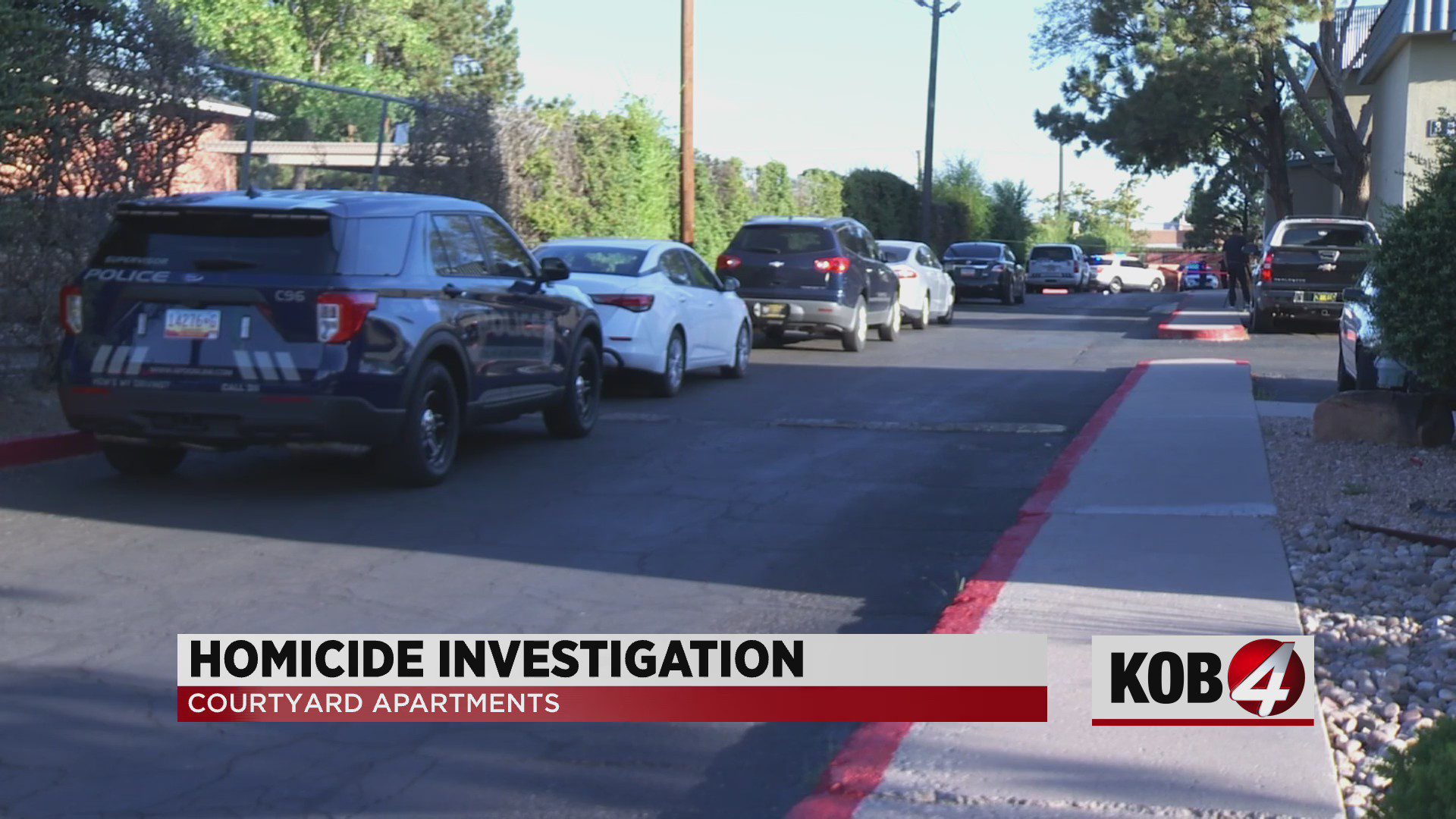 “Northeast area command officers responded to the scene and separated a large group of injured individuals that were in a fight in the apartment complex,” said APD Violent Crimes Unit Lt. Ray Del Greco.

Koester’s girlfriend reportedly also grabbed a handgun from her apartment.

“During the course of that fight, officers learned that there was a male individual that was shot and had fled the scene in a vehicle,” said Del Greco.

Gallegos managed to drive away. Officers say they found him near Montgomery and Monroe. They then took him to the hospital, where he later died.

Koester remains in custody and is charged with second-degree murder.

This is APD’s second homicide investigation at the Courtyard Apartments in the past year.

KOB 4 spoke with some people who live at the Courtyard Apartments. While some say they fear for their safety, others say crime has actually improved since new management took over in about a month ago.

“Other than you know, those couple of incidences with the shootings, I mean, for the most part, I feel safe in that complex, I definitely feel safer there than I would in most other parts of the city,” said Kris Scott, Courtyard Apartments resident.

KOB 4 received a statement from the Courtyard’s management company, MEB, that says in part:

“The police have secured the area and all residents are safe. A suspect is in custody and an active investigation is currently underway. We are currently working with authorities on next steps.”

They said out of respect for those involved, they will not share any further information.