ALBUQUERQUE, N.M. — An overnight SWAT standoff with a suspect ended with a house fire in southeast Albuquerque. Police have confirmed that a 14-year-old boy was found dead inside the home after the fire was put out.

Police said the suspect, Qiaunt Kelley, was wanted on a federal felony warrant for robbery. They reportedly tracked the suspect to the home on the 8100 block of San Joaquin Avenue SE at around 10 p.m. Wednesday, but the suspect and the teenage boy hid in the home.

Several hours later, at around 3 a.m., police saw smoke emerging from the windows. Firefighters were eventually able to put the fire out, but officials said the front half of the house was engulfed in flames.

The suspect reportedly exited the home as Albuquerque Fire Rescue was extinguishing the fire. He was taken into custody and then transported to a local hospital for burn injuries.

The 14-year-old boy, however, was found dead by fire crews and police officers. No official cause of death has been determined at this time. 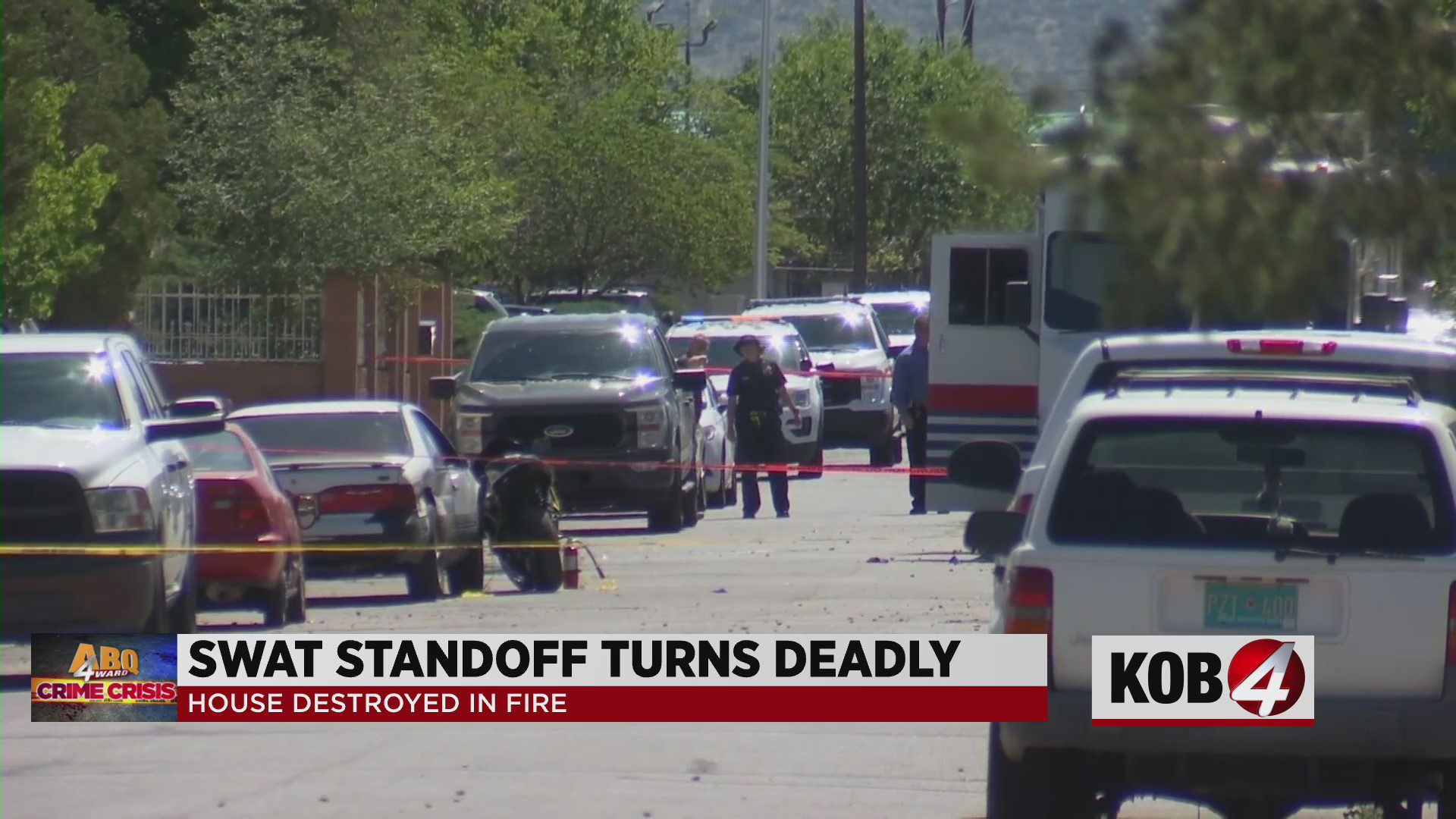 Albuquerque Police Department Chief Harold Medina said in addition to the felony arrest warrant, the suspect was a person of interest in several violent crimes in Albuquerque.

APD posted on Twitter they are working to dispel rumors shared on social media about the SWAT situation, saying, “No officers fired their weapons. Arson investigators are trying to determine the cause of the fire. Both individuals were given opportunities to safely exit the house.”

Albuquerque Fire Rescue is conducting an arson investigation, while APD also continues to investigate. A firefighter sustained minor injuries but was treated at the scene.

Meanwhile, the family that lived in the house is now homeless – and says they were innocent victims in all of this.

KOB 4 spoke with a woman whose sister and her family lived there. She said the people involved in the SWAT standoff weren’t related to her family and did not live there, but were acquaintances of her nephew who stopped by to pick up a bike. Now, she’s questioning how police and the SWAT team handled the situation.

The family is also blaming police for starting the fire, claiming flash bang grenades ignited it.

Police confirmed that multiple “munitions” were used at the scene – they’re used in SWAT situations to get suspects to surrender. They are working with AFR to determine if one caused the fire.