ALBUQUERQUE, N.M. — Police are investigating a crash where an Albuquerque Fire Rescue vehicle fatally struck a pedestrian early Tuesday near University and Lomas.

Around 2 a.m., police say the vehicle was using its lights and sirens, traveling on northbound University toward a call. At that time, a pedestrian with dark clothes was looking down while crossing the road. The vehicle struck the pedestrian, who suffered significant injuries.

The Albuquerque Police Department is continuing to investigate the crash. They say pedestrian error appears to be the cause but they are evaluating the vehicle’s speed.

AFR released a statement on the overnight crash: 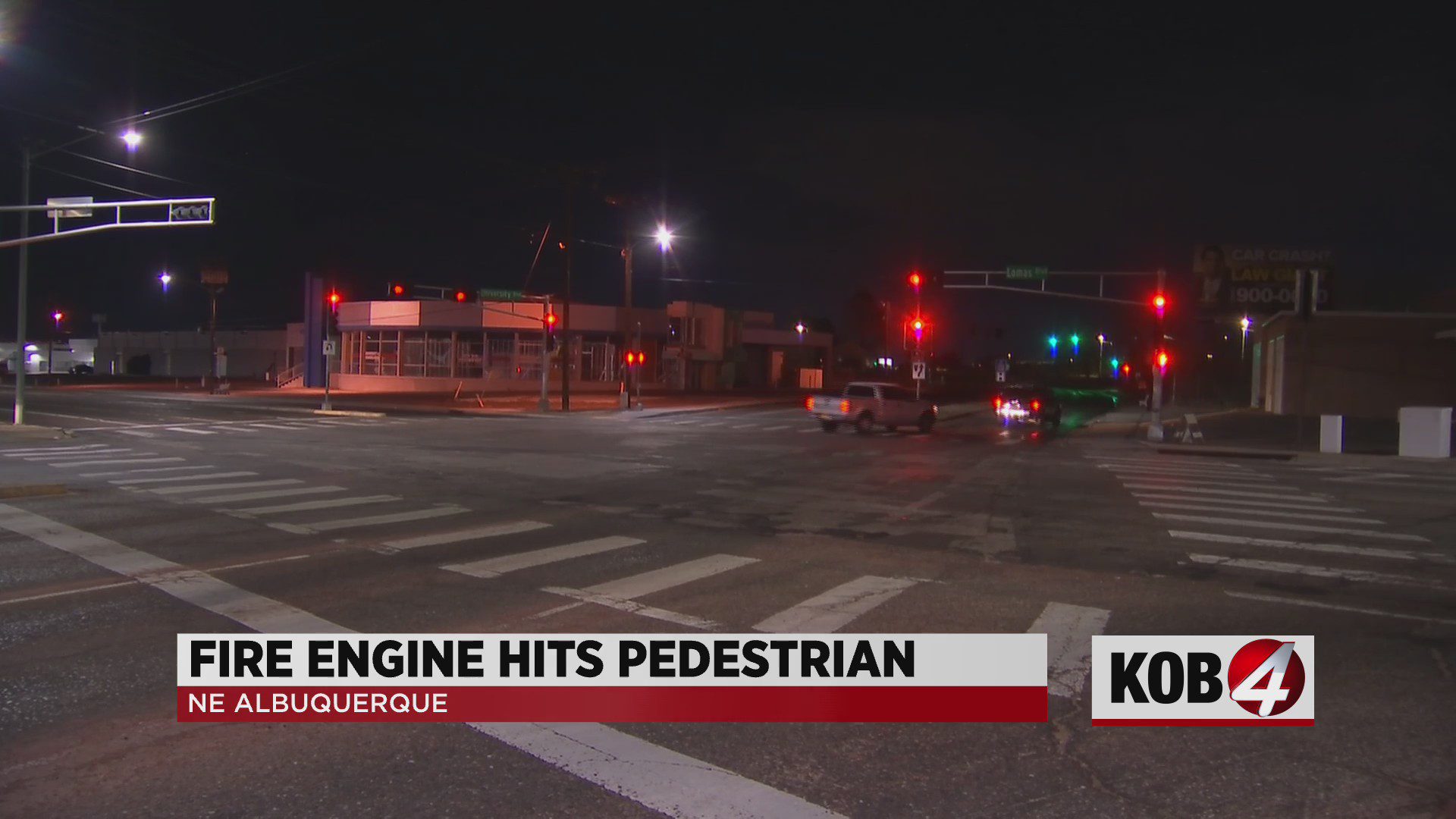 It is the mission of AFR to protect the community in which we serve by providing the highest level of care and professionalism. Early this morning and while firefighters were en route to a structure fire, there was a tragic crash that ended in a loss of life.

“Our thoughts and prayers go out to the family of the deceased, as well as our firefighters that were involved,” said Fire Chief Gene Gallegos.​