Now, APD Chief Harold Medina says his officers are getting unnecessary heat in some of these shootings, especially before all the facts are out there.

In one of two shootings discussed Tuesday, APD officers shot and killed a man at a northwest gas station in late August.

Keshawn Thomas had no criminal history but police revealed he tried to pull a gun on officers right before the shooting.

“There are things that were done well here and there – things that I think we could do better as a department and as an agency,” said Medina. 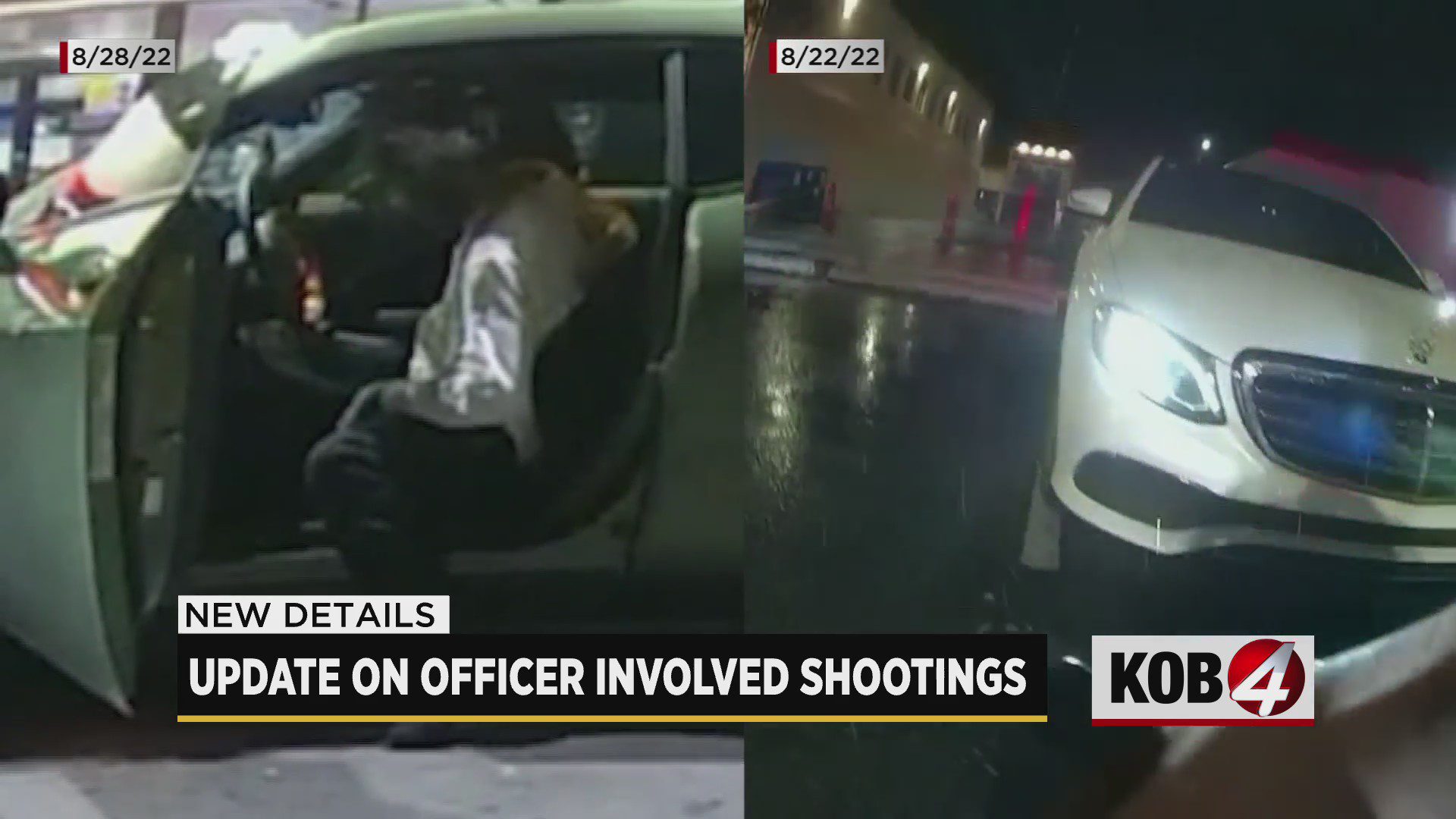 It started with a 911 call back in late August on a Sunday night.

“There was like this green Camaro sitting, he’s been sitting there for a while.”

Body camera video shows what happened as two APD officers arrived at the Valero gas station on Coors — just north of I-40 – and found Thomas asleep inside that car.

“You’re not in trouble, just stand up and get out.”

Officers say they found an open container of alcohol in the car and claimed Thomas admitted to being drunk before arguing with officers. A third officer was called in for assistance and determined Thomas didn’t have any active warrants.

“Since the car was not on, they determined they cannot conduct a DWI investigation, but would wake the driver and had him or her call a ride home,” said APD Deputy Commander Kyle Hartsock.

Thomas asked officers if he could grab his phone from the car.

Officers asked if he had any weapons and Thomas said there was one in the trunk. He handed officers a loaded magazine and walked to the car.

“Thomas enters the driver’s seat of the car and appears to begin to search the center console area,” said Hartsock.

There’s a long pause but then:

The three officers fired 16 shots total at Thomas and body camera video shows them recovering a handgun from the car.

APD also revealed there was no cell phone.

But the ACLU released a statement just days after the incident- before any of this information was public – saying “the shooting is further proof the current use-of-force laws have failed to protect our communities.” They suggested APD still needs federal oversight.

Medina says those comments — without proper evidence — are unacceptable.

“These statements such as this, such as these, that drive a wedge between the Albuquerque Police Department and communities that have never had strong relationships with the police department are extremely unprofessional, uncalled for, and irresponsible,” said Medina.

While Medina defended his officers, he admits there are still things he would have done differently in this case – but he understands why his rank and file may have doubts in the field.

“Five,10 years ago as a patrol officer, I would never allow an individual to into a car,” Medina said. “As a police department, we really need to look into evaluate these situations to see, are our officers fearful of doing certain activities because of the fact that it could lead to further liability or complaints.”

Medina also says this case is just another example of what happens when there’s a mixture of drugs or alcohol and guns.