ALBUQUERQUE, N.M. – Police are searching for five Albuquerque teenagers, all charged with first-degree murder, for shooting and killing an Albuquerque woman they thought was someone else.

It happened at a Maverik gas station on Comanche and Princeton in late March, where dozens of shots rang out. A criminal complaint outlined what happened that night.

Investigators say it started with two of the teenagers. 19-year-old Diamond Salazar and 17-year-old  Caprice Sicilia were going to Columbus Park to buy weed when they claimed they were robbed and beaten by two men wearing masks.

The complaint then says they met up with three others – 15-year-old Estevan Lucero, 16-year-old Adam Sedillo and 16-year-old Ty Gallegos – at the gas station, telling them what happened. They stayed at that gas station, believing whoever robbed them would show up there. That’s when a black SUV arrived.

Salazar said she recognized the people inside as the ones who robbed them earlier, even though they were wearing ski masks at the time of the alleged incident. 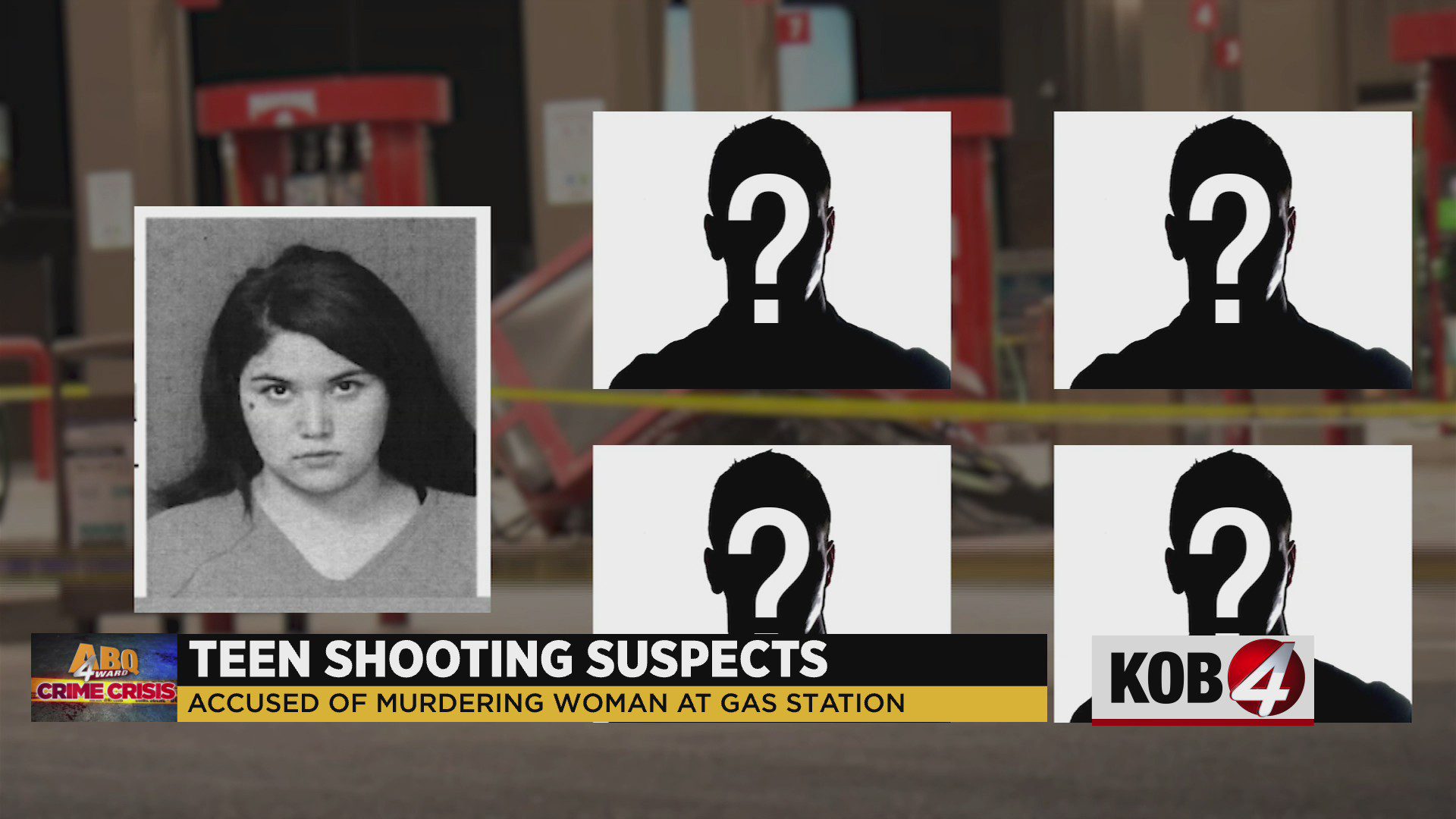 Surveillance video then showed what happened. The three boys pulled out guns with extended magazines and fired about 30 shots at the car. There were five people inside, including a seven-year-old. The driver reversed back, hitting a gas pump, and sped off. He was shot in the back and a bullet grazed his face. His fiancé, who was sitting in the passenger seat, was killed.

Police say those in the black SUV were innocent bystanders and didn’t know the five teenagers at all.

The teens then took off. But investigators were able to learn who they were by questioning Salazar and Lucero, who denied the allegations.

However, warrants into their cell phones revealed they were at the gas station that night at the time of the shooting. There was also a text message conversation between Gallegos and his mother, where he asked his mom to come pick up his gun, so he doesn’t go to jail.

KOB 4 spoke with the co-president of New Mexicans To Prevent Gun Violence, Miranda Viscoli, and she says this is a trend that continues to go up.

“It’s another tragic example of a young person getting their hands on a firearm. And my first comment to this would-be-gun owners: lock up your guns. We know that a lot of these guns are getting stolen out of cars, so don’t leave your gun in a car unlocked,” said Viscoli.

Three of those teenagers did have guns, according to police. At this time none have been arrested and Albuquerque police are still trying to make arrests in many of the 44 homicides this year.