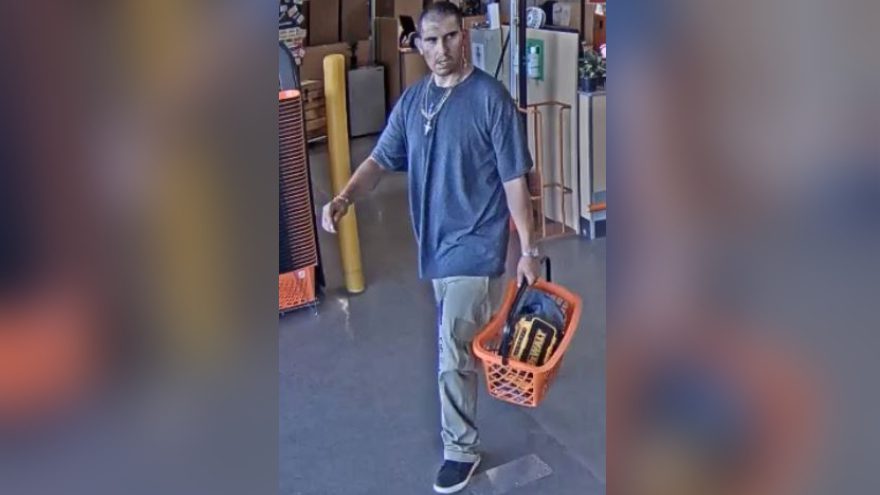 The alleged incident occurred around 11:24 a.m., July 24, at a Home Depot on Coors Bypass Northwest and 7 Bar Loop Road NW. The suspect is accused of shoplifting, then wielding a black handgun and cocking it when he was approached by security.

Anyone who has information about the suspect should contact Crime Stoppers. You can submit an anonymous tip at 505-843-STOP (7867) or the Crime Stoppers website.