ALBUQUERQUE, N.M. — A SWAT standoff ended with a shootout and a suspect in custody but no reported injuries.

The situation started with a carjacking near Montgomery and San Pedro. A woman told police she just arrived back home from work when her car was stolen from her. She was able to track her car to a house near Morris and Constitution.

Officers surrounded a home on the 1400 block of Betts Street NE but the carjacking suspect refused to come out. SWAT was then called out and, at one point, some people came outside and surrendered to police.

However, one man – believed to be the suspect – tried to go out the back.

When police confronted the man, police say he fired at officers and they returned fire. No one was reported to be hurt and the suspect was arrested.

No further details are available at this time. 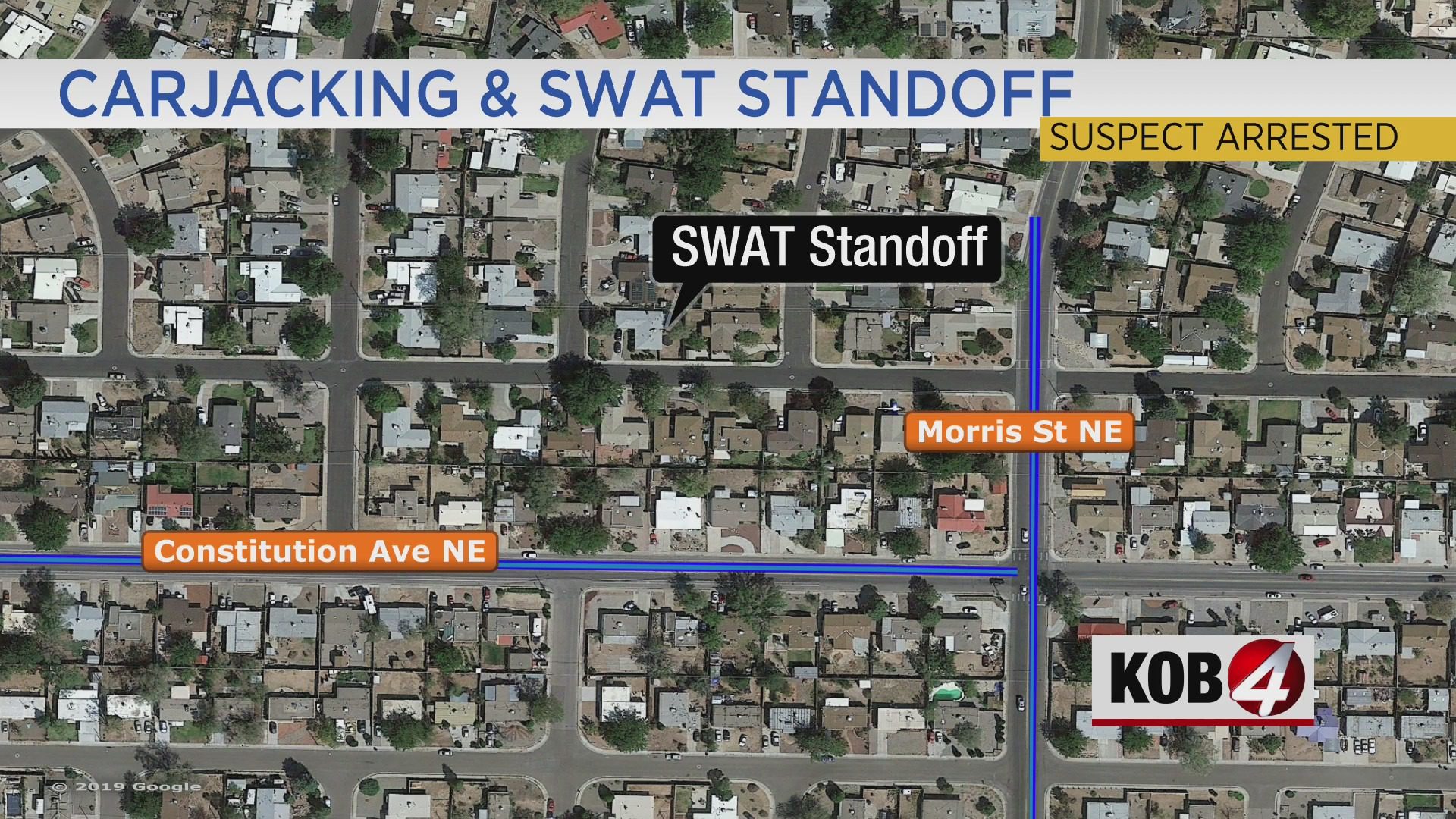