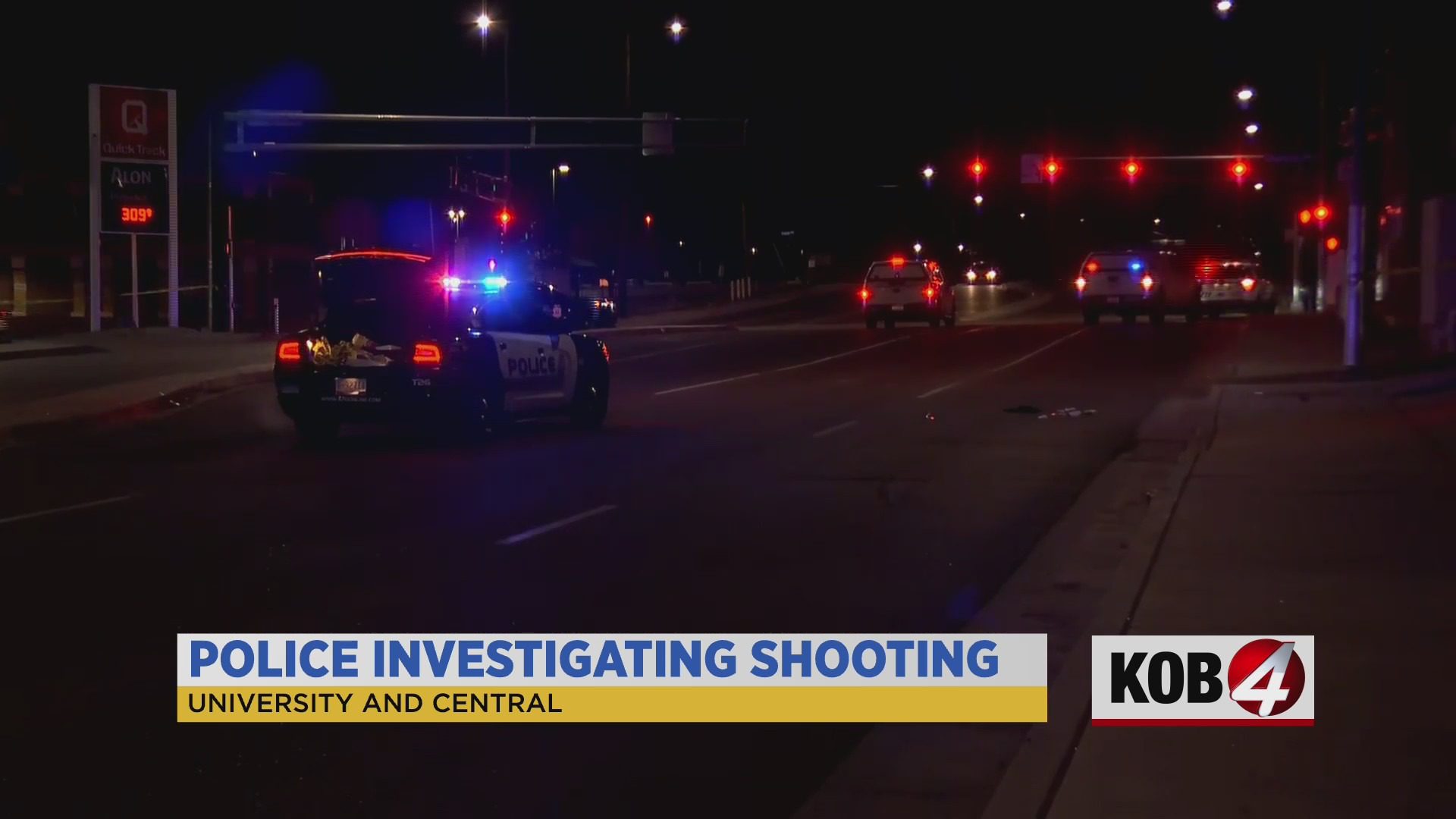 ALBUQUERQUE, N.M. — Two young men were hospitalized after a shooting that occurred Sunday night near the UNM campus.

Albuquerque police were dispatched around 7:29 p.m. Sunday to the area of University and Central, near a Wendy’s there. There, officers found two men under the age of 18 who had each been shot.

One of them reportedly told police that someone in a black sedan started firing at them while they were walking in an alley near the M&M Smoke Shop in the area. Police say one of them admitted to carrying a gun but denied shooting it.

In the area, detectives found a gun and bullet casings, reportedly from two different types of firearms.

The young men were taken to the hospital to be treated for non-life-threatening injuries.

Albuquerque Police Department’s Gun Violence Reduction Unit is continuing to investigate this shooting. As we learn more details, we’ll have it on KOB.com and KOB 4 Eyewitness News.