ALBUQUERQUE ,N.M. — Many Albuquerque Public Schools students know that they’re faced with an unfortunate reality – the need to prepare for a school shooter.

On Wednesday, district leaders released a new video in English and in Spanish and announced more training is on the way soon for students – because students themselves asked for it.

The strategy is called ALICE. It’s nationally-recognized and revolves around students evacuating, if they can, as opposed to hiding.

The acronym stands for “Alert, Lockdown, Inform, Counter and Evacuate.” 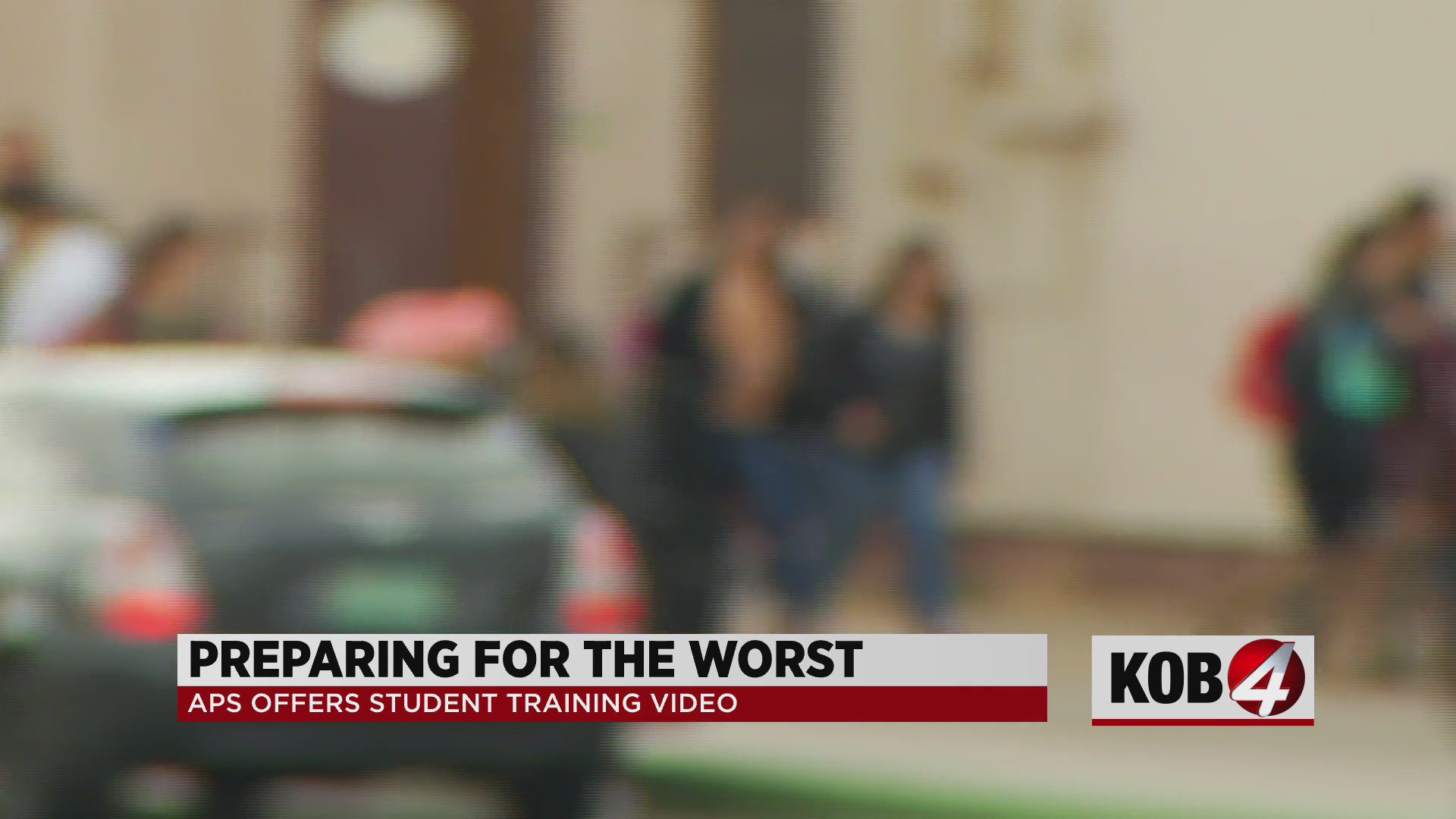 Students will receive the additional training in the coming weeks, district leaders said.

Students and staff get guidance on what to do, and when to do it, including specifics like where to go.

“Simply hiding out is not effective. Removing potential victims from a dangerous situation is safer,” Gallegos said.

Middle and high school students will be shown the new APS video in class. For elementary school students, parents can choose to show it to them or use an age-appropriate book instead.

District leaders said these conversations aren’t easy, but they must take place.

“We had some incidents last year that were unavoidable but awful, and we don’t want to do that again,” Elder said.

They talked about preventing these tragedies too. They believe “see something say something” really does work, and students need to know they can always turn to APS staff members for help.

APS leaders also commented on even more security measures, saying they’re hoping to get more funding. With another $12 million, they believe they can complete all the safety measures on their list, and they can do so in the next two years.

They said that funding could come from bond measures or from the state legislature.

KOB 4 spoke with some Albuquerque High School students on Wednesday.

Watch the video above to hear their comments.