ALBUQUERQUE, N.M. — A West Mesa High School student was arrested by police Wednesday after a gun accidentally went off in a classroom full of students.

An Albuquerque Public Schools spokesperson said a gun “accidentally” went off in a woodshop class around 11:40 a.m. Wednesday. No one was injured, but the student reportedly fled after the gun went off.

The school was in a shelter-in-place while school police officers searched for the student. Sometime before 2 p.m., the officers found the student in a park across the street and took him into custody.

No one was reported to be injured. The class had around 20-to-25 students in it, consisting mainly of juniors and seniors.

“My mom doesn’t know whether to home school or send us to a different school cause this has happened before, and she’s came home to- we’ve came home to her crying. It’s just we don’t know no more,” said one student. 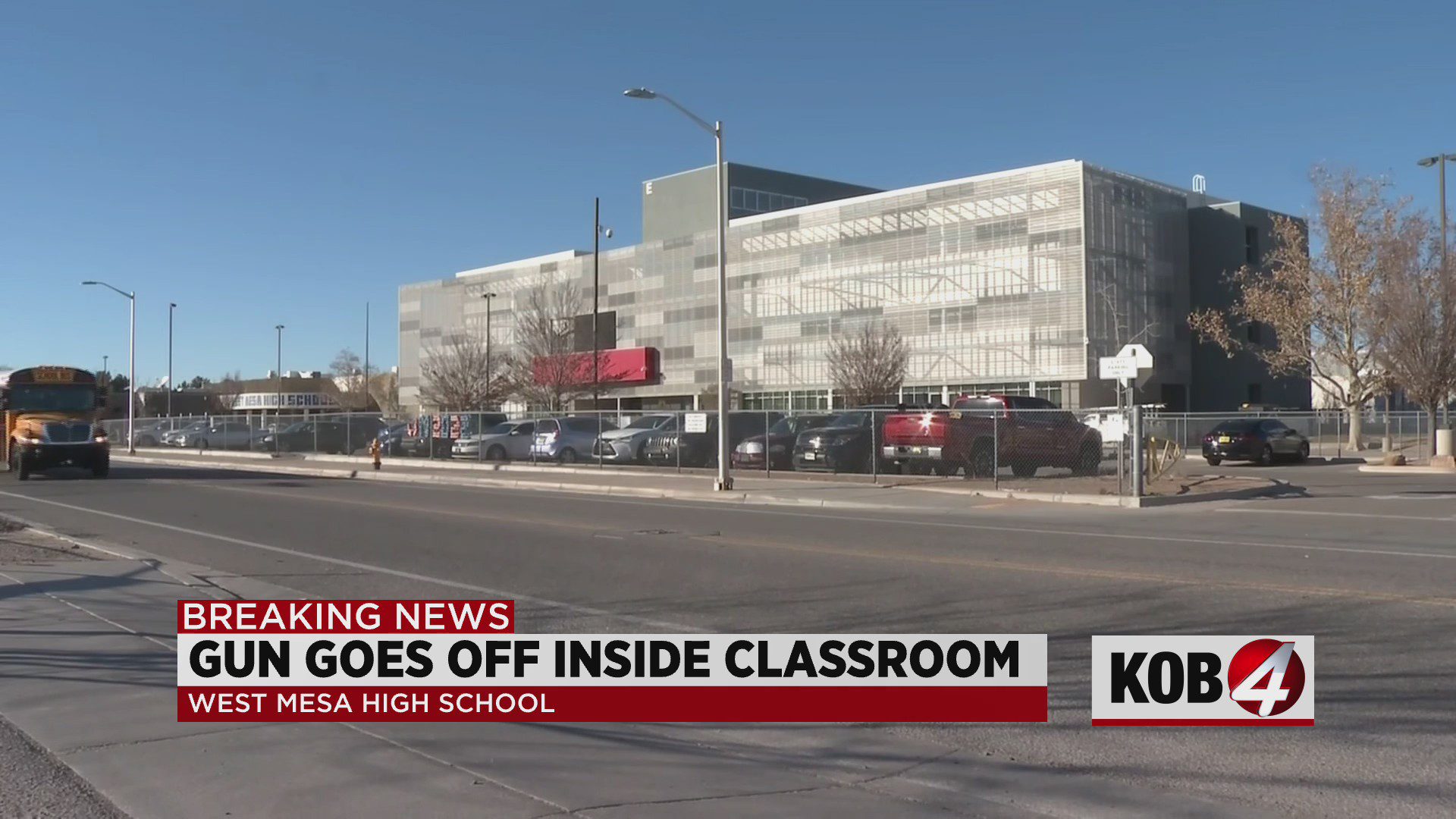 The student hasn’t been named. APS says he will face disciplinary action and possible criminal charges. They say the student never made any threats toward the school or any people.

Albuquerque police assisted in this case.

In February, 16-year-old Andrew Burson was shot and killed in a fight over a gun with 14-year-old Marcos Trejo, near the West Mesa campus. At the time, Burson and Trejo were both students at the high school.

We had a concerning safety incident in one of our classrooms today. No one was physically injured, but students and staff may feel frightened or uneasy.

A gun brought onto campus by a student in a Woods elective class accidentally discharged. The student in possession of the weapon fled campus after the gun was discharged, and a shelter-in-place was ordered. About an hour and a half later, police located the student across the street at a park and arrested him.

There were never any threats made toward the school or individuals. Still, we acknowledge the severity of the situation.

School safety is a community responsibility, and we encourage people to come forward when they learn of possible threats to our students and staff. We take every threat or rumor of danger seriously and work closely with APS Police and other law enforcement.

I want to assure you that we are doing everything we can at our school to keep our campus safe:

I can assure you that all students bringing a weapon on campus face severe disciplinary action, including suspension or expulsion and criminal charges.

We all have a role to play in ensuring our school remains a safe place for learning. Remember: If you see or hear something, say something. I appreciate your cooperation.