MORA COUNTY, N.M. – The Calf Canyon/Hermits Peak Fire is the largest in New Mexico history and the largest fire burning in the nation right now.

As of Tuesday, it has burned nearly 300,000 acres, surpassing the Whitewater Baldy Fire from 10 years ago. It is 26% contained.

Crews are focused on the northwest corner of the fire Tuesday night. They’re working to keep the fire from jumping the Highway 518 – but admit that might not be possible with increasing wind.

Officials say they always plan for the worst-case scenario – which means they already have two more containment lines mapped out in case the fire moves closer to Taos. While crews are working to keep the fire from reaching new communities, there are a few already picking up the pieces after the fire ripped through their communities.

The San Miguel Sheriff’s office confirmed at least 340 homes have been destroyed across San Miguel and Mora counties, and another 275 other buildings were destroyed as well. 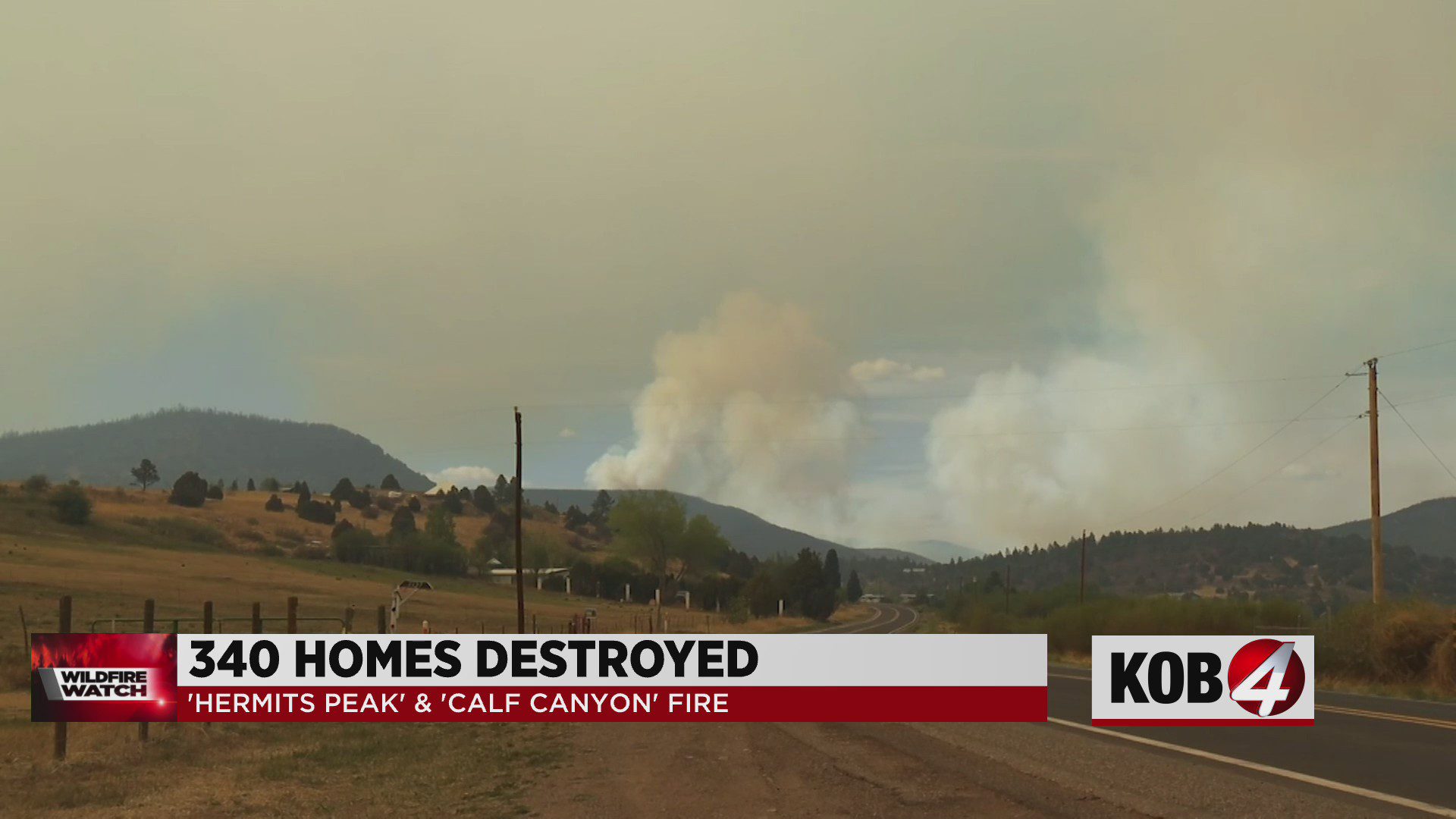 County leaders say they are doing what they can to help folks move forward.

“I think this has been a learning process for a lot of us, and it’s response right? So we’re still in response mode, and we’re trying to migrate to recovery mode the best way we know how, but we have a lot of support from the State and Federal government, so we’re doing the best we can,” said Joy Ansley San Miguel County manager.

County leaders predict it could take years to fully recover from this fire. They expect the forests will bounce back faster than residents who lost everything.

Officials say they are hoping to find ways to convince folks to rebuild here instead of leaving for somewhere else.

But fires are not their only concern, county leaders expect the burn scar could lead to intense floods during the monsoon.

Cause — Hermits Peak: Spot fires from a prescribed burn; Calf Canyon: Under investigation