Classified applicants go through a competitive hiring process that decides pay based on skills and qualifications. Unclassified positions don’t need to be advertised or meet any minimum requirements to justify the hire or pay. The report shows the city of Albuquerque is hiring unclassified employees at a much higher rate.

“We have a lot of work to do based on this report,” said Louie Sanchez, Albuquerque city councilor for District 1. He asked for the audit. “What happens to that individual who’s been doing that job for over twenty years when you take it away from him? At that point, he’s going to sit on his hands and retire and let the deputy director fail.”

APD had the highest number of unclassified hires, followed by technology and innovation, ACS, and the legal department. 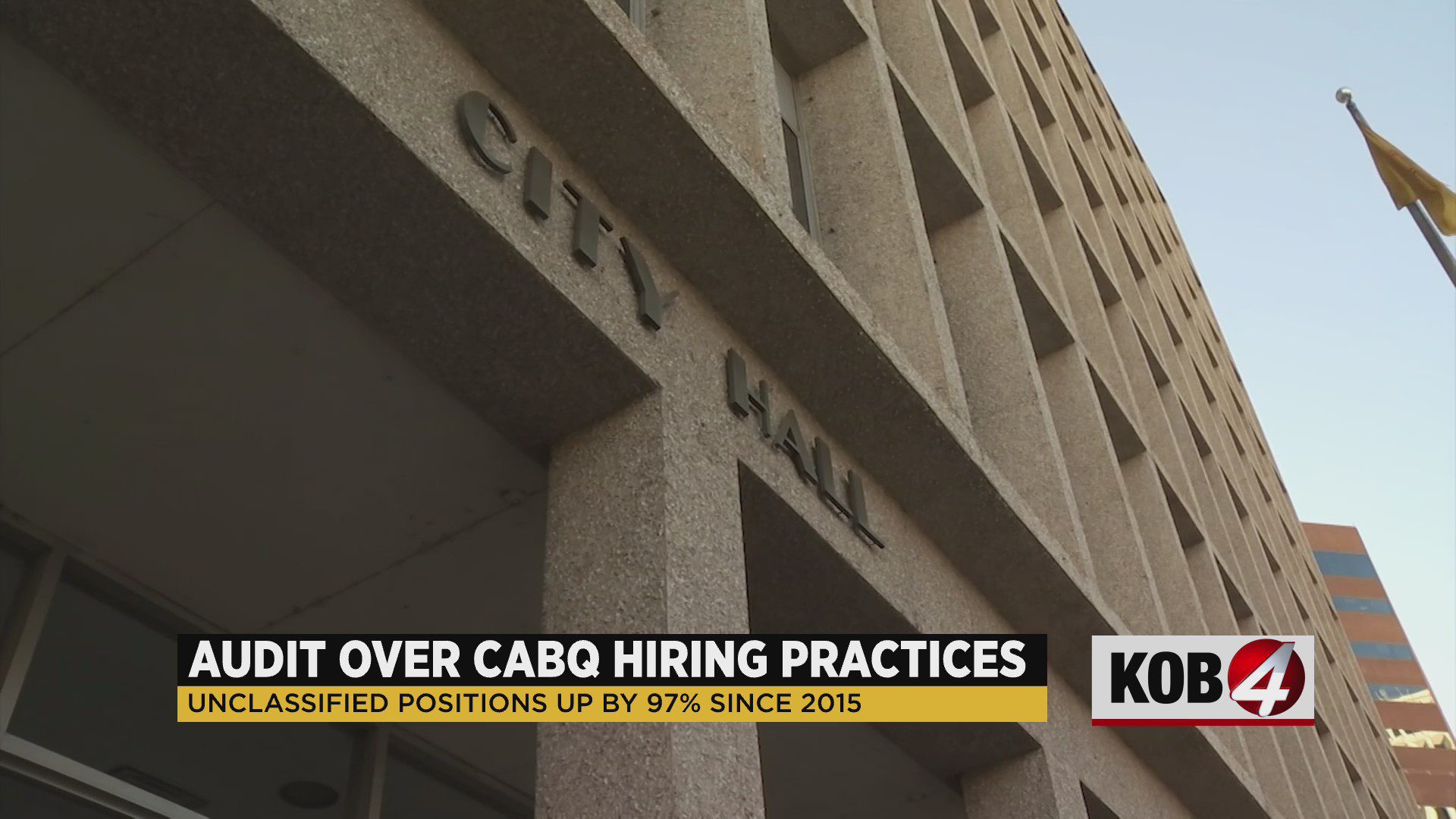 “When you look at the police department and you have over 200 employees in the unclassified position and you only have 850 officers that’s almost a quarter of the employees at APD,” said Sanchez.

“This growth in our workforce is intentional and it’s necessary. Many of these positions have come as a result of the CASA and have helped us make real progress on the settlement after eight years and support the crime-fighting work of sworn officers. Another bulk of these positions are the result of the first phase of creating ACS, an entirely new department. So those positions are all now becoming classified. The changing needs of a growing city require more out of a city government, and we need the flexibility to compete for top talent in the modern hiring market.”

Councilor Sanchez says he plans to come up with ways to stop the trend.

“We need to actually look at other cities and see what their best practices are — make sure we do this right make sure we get it correct and make sure we can put a stop to some of this stuff that’s going on,” said Sanchez.