AZTEC, N.M. – Aztec Ruins National Monument is giving visitors a chance to immerse themselves in an unexcavated ancient Pueblo structure.

“You’re going to see what archeologists would have saw when they were rediscovering this place over 100 years ago,” said Nathan Hatfield, supervisor park ranger for the national monument.

Aztec Ruins is a place that visitors can go to get an inside look into ancient Pueblo society.

“They (great houses) were gathering places. So, it was a very large structure and people would come for various reasons, there was probably a small group of year-round residents but then at different points in the year people might come to the area for celebrations,” said Hatfield.

1,000 years later, these structures are still gathering people and while the west side ruins are completely excavated and open to the public, the east ruins have been left untouched. 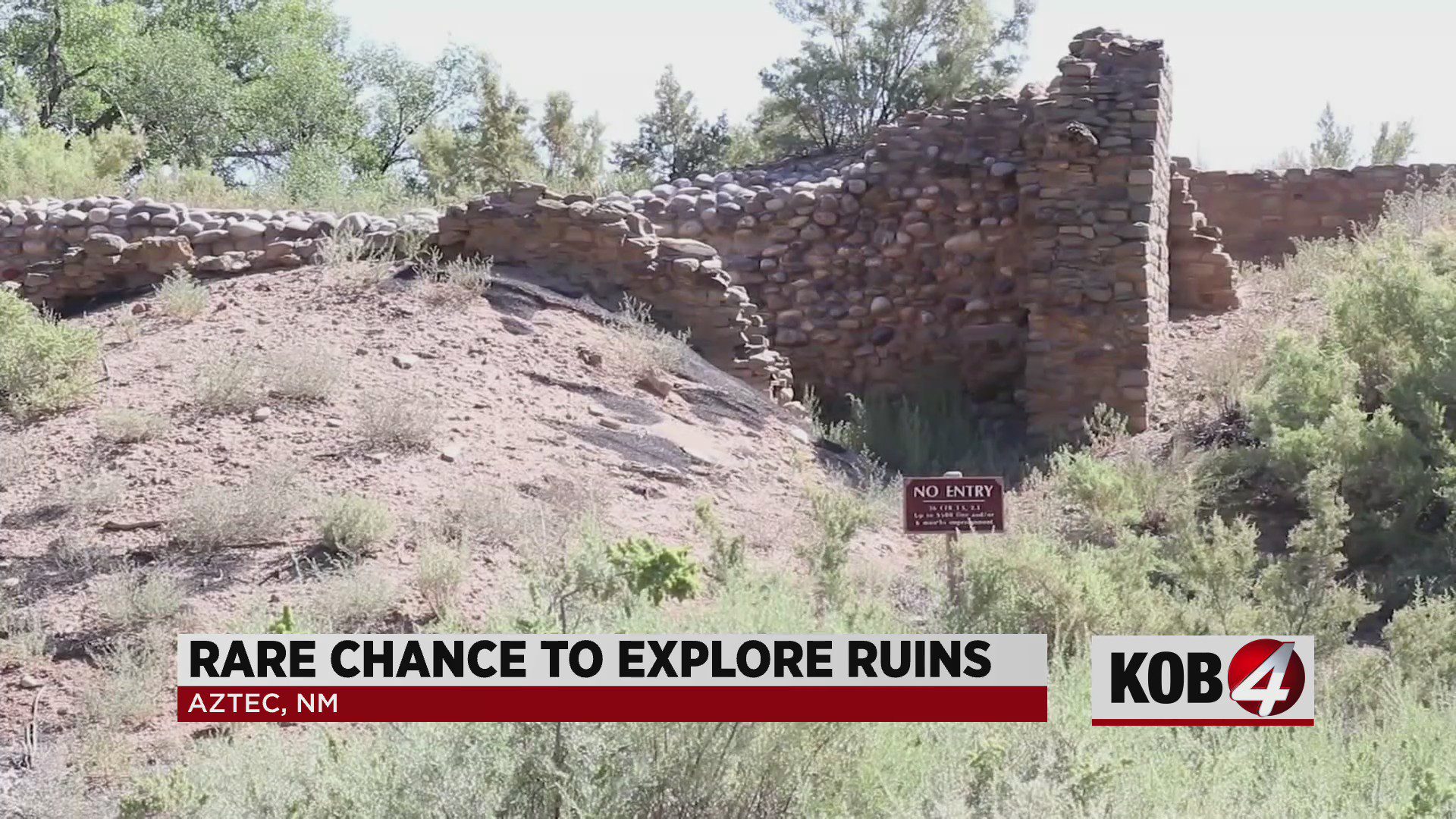 “If we were to uncover this structure as well that would create another building that we would have to preserve, and really the best way to preserve anything in archeology, leave it unexcavated, leave it covered up,” Hatfield added.

Shovels are not the only thing kept away from the east ruins.

“We don’t have that trail (like the one in the west ruins) in place here (in the east ruins) so if we were to allow visitors to come out here they could likely disturb some sensitive areas and we’re just not ready to do that yet,” Hatfield said.

However, there is a chance to take the path less traveled, the park is allowing only 15 people to part take in a ranger-led tour.

“Folks that are in interested in archeology, they’re going to get to see something that hasn’t been excavated they’re going to see something with the same eyes that were looked upon it 100 years ago before people like Earl Morris and other archeologists began to uncover these places,” Hatfield added.Hatfield says there has been a lot of interest in the tour, and the one on Saturday is full, but there will be another chance to step back in time in October.