ALBUQUERQUE, N.M. – The mass ascension Wednesday morning got canceled, but perhaps one of the biggest downers has been for the international teams who hoped to take part in the America’s Challenge Gas Balloon Race.

Official rules had until midnight Wednesday to get started, but with no letup in the weather – the race has already been canceled altogether. This race was supposed to be a big one, especially after some of the international teams couldn’t get here during the pandemic.

Pelard has flown in the America’s Challenge Gas Balloon Race several times, but this year will not be one of them.

“Four or five times I can’t remember. Because we’ve canceled already once. So we know the feeling but we like coming to Albuquerque because people are so friendly, and it’s so well organized. When we fly it’s so wonderful,” said Pelard. 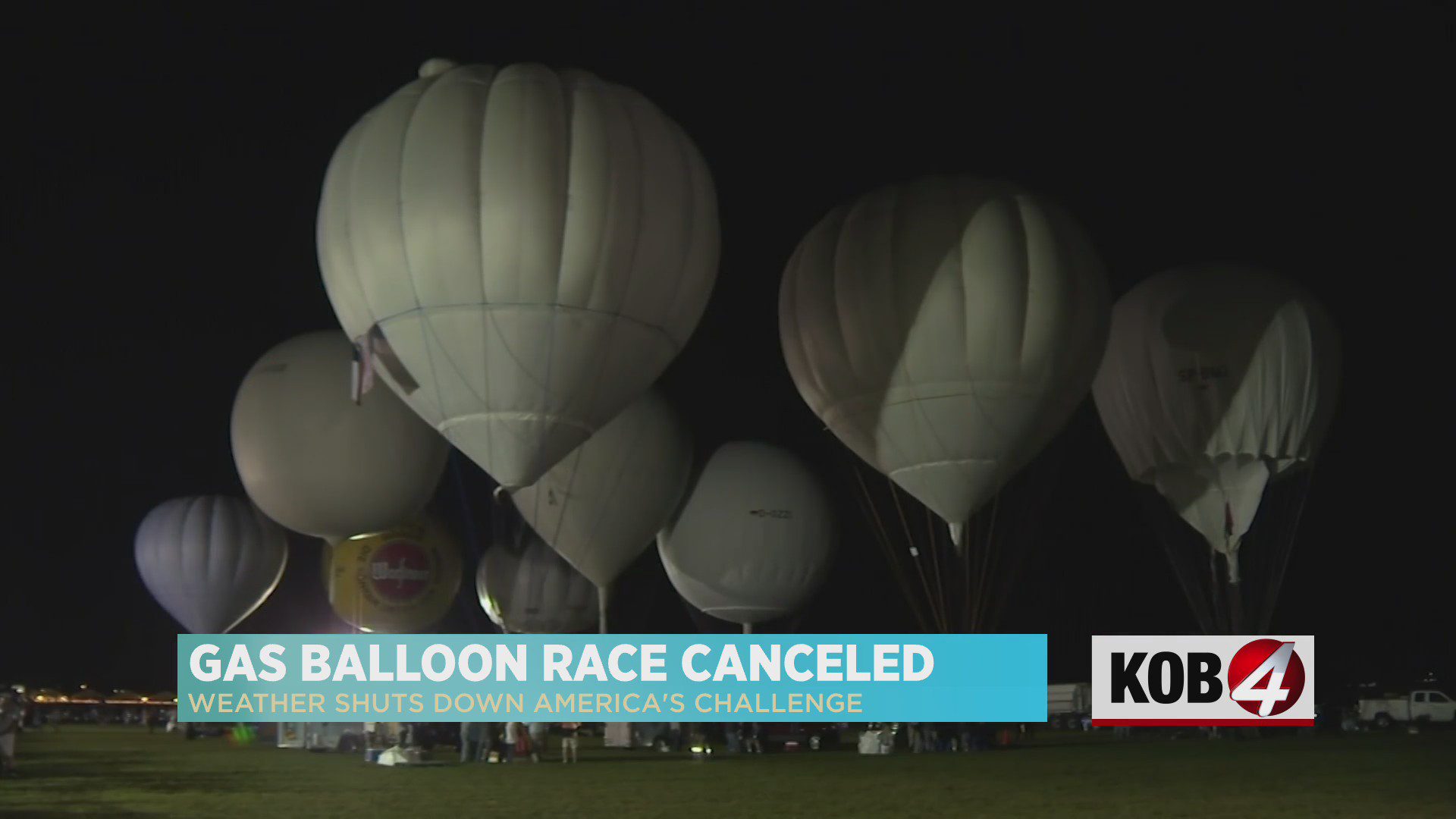 After a few delays this week, the final decision was made to cancel the race.

Balloon Fiesta officials say the weather didn’t clear enough to launch the race by Wednesday at midnight – the cutoff time for starting.

“Well, we’ve been trying very hard for five days to get this race off. One of the pilots likened it to being Groundhog Day,” said Kim Vesely, America’s Challenge Gas Balloon Race spokesperson.

Vesely says the mood was light though, balloonist are eternal optimists and are very used to weather cancelations.

The goal of the race is to fly as far and as long as you can. The mission may have been scrubbed this year but competitors all say they’ll be back.

All the pilots were very understanding about the cancellation. They all say they’re already making plans to be back next year to race.