Thousands of folks packed inside the park hoping the weather would hold out for the final chance at a Balloon Glow — but unfortunately that didn’t happen.

“We’ll it’s a bummer, we brought all of our kids to come to have a good time,” said Erica Yguado an Albuquerque resident.

Organizers actually pulled the plug before crews could even start setting up. Just like Friday night, a fast-moving storm threatened to dump rain on the park.

Officials got ahead of it this time and asked folks to shelter-in-place for almost half an hour. Fortunately, the storm fell apart before it reached the park, but by that point, most of the balloons and a good chunk of visitors were already gone. 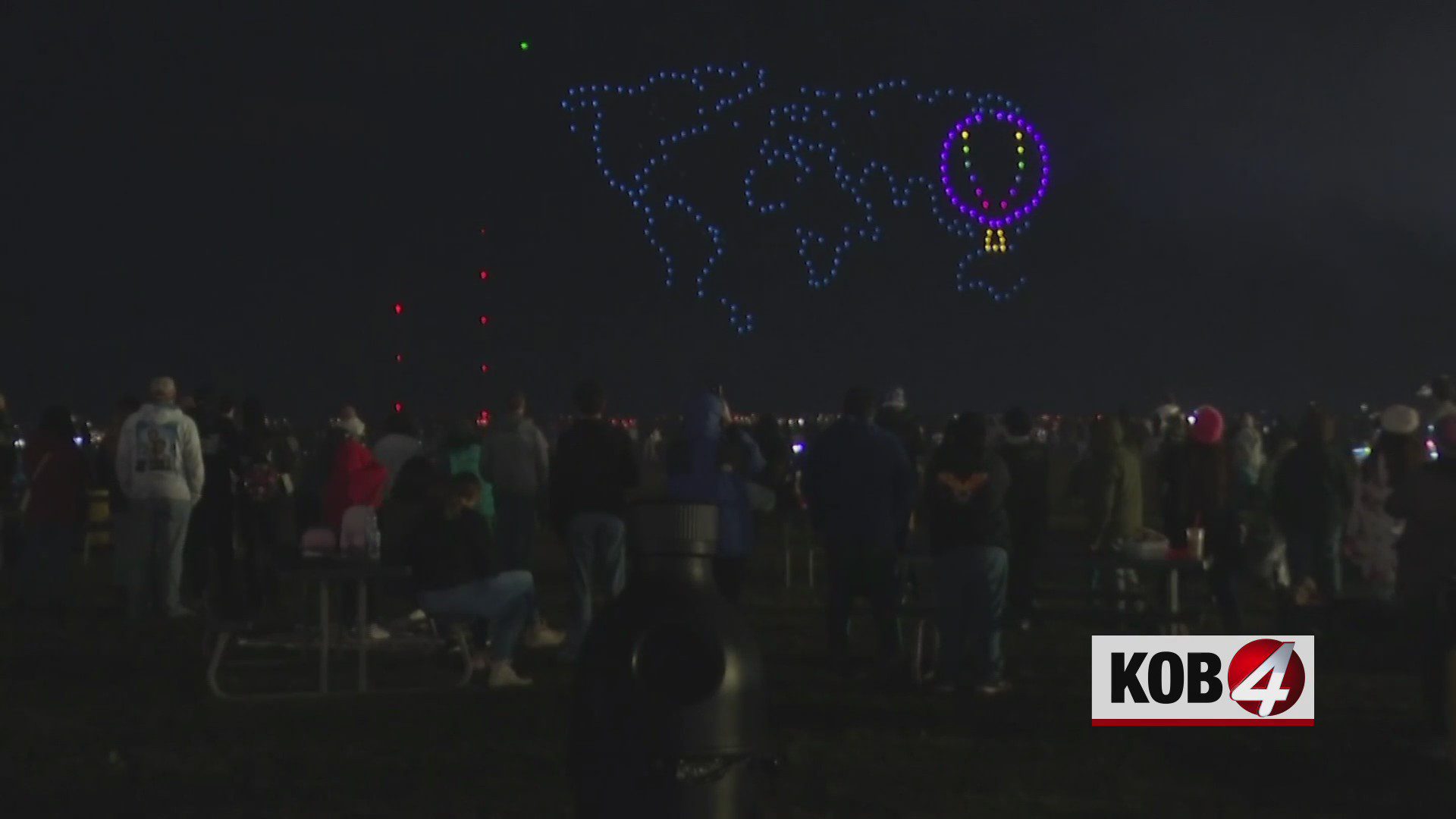 “I’m a little disappointed because I was really hoping to see it tonight. We were going to try last night but of course it got rain, so you know we were really wanting to see it,” said Laura Turner, visiting from North Carolina.

Despite missing out on the Balloon Glow, a lot of visitors say they did have a good time. A few thousand people stuck around for the fireworks display and another drone show.

A lot of people also attended the music fiesta early Saturday, and there were still plenty of local performers putting on shows around the park. Not to mention all the food and shops along concession row.

This was the last evening session for the 50th Balloon Fiesta, but there’s still one more chance for balloons to go up.