The “Metro 2” helicopter was assisting with the East Mesa Fire Saturday, providing bucket drops and other air logistics needs to fire crews on the ground.

On the way back to Albuquerque, authorities say the helicopter crashed around 7:20 p.m. Saturday outside of Las Vegas.

BCSO, New Mexico State Police and the National Transportation Board of Safety are now investigating the crash. 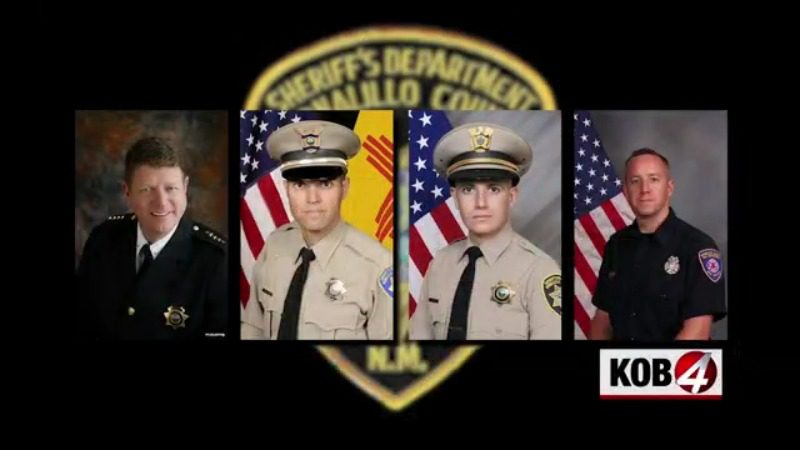 Koren has been with the sheriff’s department for more than two decades. He was hired back in 1998 and has served almost every role in the department.

Koren was the helicopter pilot who helped rescue nearly two dozen people stuck in the Sandia Peak tramway back on New Year’s Day.

Beers joined the sheriff’s department back in 2009, serving the county for more than a decade. He was recently appointed to lieutenant just three weeks ago.

Levison was also killed in Saturday’s crash. He was the newest of the four employees on the helicopter.

According to the sheriff’s office, Levison served the community for nearly four and a half years before Saturday’s crash.

King was a rescue specialist for the county’s fire department. According to his LinkedIn, he joined the department back in 2011 after serving with the Sandoval County Fire Department for two years.

Dozens of first responders across northern New Mexico joined a procession down I-25 as their remains were brought back home to Bernalillo County.

Both Albuquerque police and New Mexico State Police flew their choppers alongside that procession to pay respects to the four men.

Their bodies will be taken to the office of the medical investigator.

A GoFundMe page has been organized for the four victims.

“I am heartbroken by the tragic loss of four New Mexicans while in the line of duty. These were four dedicated public servants who were doing what so many of our first responders do day in and day out: working tirelessly to serve and protect their fellow New Mexicans. On behalf of the people of New Mexico, I extend my deepest gratitude to these four brave individuals, and my deepest sympathy to their families, friends and colleagues.”