ALBUQUERQUE, N.M. — According to the Bernalillo County Sheriff’s Office, a man led deputies on multiple pursuits, stole multiple vehicles, and robbed a local business at gunpoint within a few hours Monday.

The chase finally came to an end around 1:30 p.m. in northwest Albuquerque. BCSO officials said the suspect, 37-year-old Tommy Trujillo, had barricaded himself in one of the stolen cars in a busy neighborhood near Candelaria and 12th Street.

The pursuit began when deputies got a call after 5 a.m. Monday morning about a stolen vehicle near Grecian Avenue. Alvarado Elementary School was put under shelter-in-place orders while police were in the area.

Deputies had to call off multiple pursuits with Trujillo because they became too dangerous for the public. During it all, BCSO said Trujillo stole three cars.

Police later responded to an armed robbery at a business off of Louisana – a business police believe is connected to Trujillo. 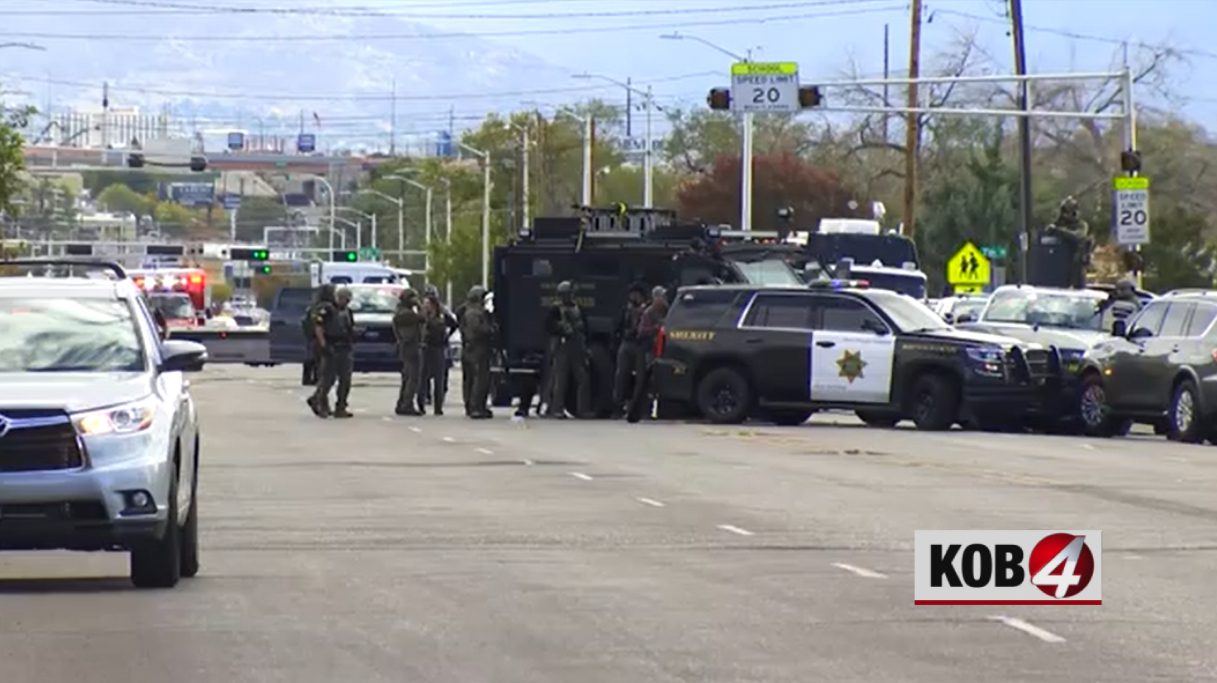 “I do know that there was some sort of relation to a business that was reportedly owned by one of his family members,” said Jayme Fuller, BCSO spokesperson.

Police later found Trujillo near Candelaria and 12th, where they surrounded his vehicle. Trujillo barricaded himself inside of the car, leading to three hours of negotiations and a SWAT standoff.

“He was making suicidal threats, just making comments about suicide by cop, things of that nature,” Fuller said. “Then he was actively cutting himself with a knife when he was barricaded in the vehicle. He didn’t sustain any sort of life-threatening injuries that I’m aware of.”

Trujillo eventually tried to flee on foot, but two K9s were released and caught him.

Trujillo was taken to the hospital for his injuries. Authorities said he will be taken to the Metropolitan Detention Center after.