BERNALILLO COUNTY, N.M. – Just a few weeks ago Nordy, a BCSO K-9, was stabbed. Now, he’s doing better than ever.

“He’s a young dog, which made it a lot easier, he recovered really quick. He’ll get his stitches out tomorrow afternoon and I plan on basically starting to integrate them back into training and hopefully he’d be up here in a couple of weeks,” said BCSO K-9 handler Greg Martinez.

Nordy’s been on the job for about six months and has called Albuquerque home for a bit, but he took a long trek to get here.

“We get Nordy came from Belgium, back here in March, he passed our selection testing and was able to go through this class for six weeks. And then it’s ongoing trade after that. I got him certified in April and he’s been on the street ever since,” said Martinez.

BCSO, like many law enforcement departments, want the best dogs for their units. So they’ll get them wherever they’re at even if they’re all the way across the world in Germany or Belgium. 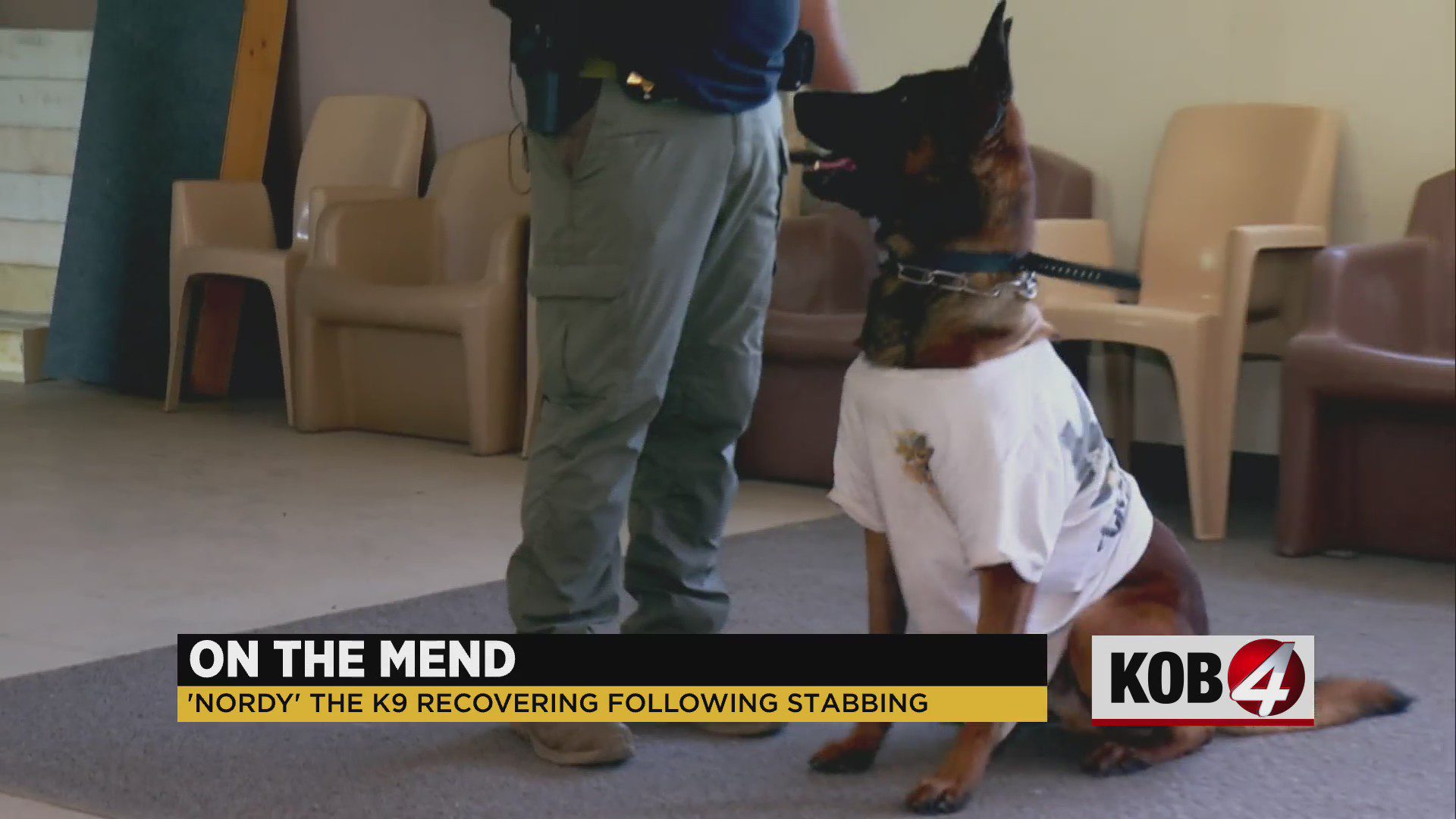 Martinez has been doing this for 26 years, Nordy, who’s a two-and-a-half-year-old Belgium Malanoise, is the seventh dog he’s trained at BCSO.

“It’s the funnest job in the department. So when you can go out and do law enforcement and have a canine partner. It just makes it that much better,” said Martinez.

At BSCO, the K-9s are trained for different tasks such as finding cadavers, and narcotics, or sniffing out bombs -something Nordy’s learning to do now.

“He loves to play with toys, so all of his toys smell like bombs, so he doesn’t realize ‘I’m finding a bomb.’ All he’s realizing is my toy smells like that, where’s my toy,’” Martinez explained.

Law enforcement K-9’s typically work up to eight to nine years, then after that most handlers sign off papers to take them home as pets. When Nordy retires one day, he’ll have a home right with Martinez.

“Every single dog that I’ve had, whether they have to medically retire or retire because of age, I kept them. So what the department does is they turn them over to us we sign an agreement saying their own dogs now we’re responsible, and they’ll spend the rest of their lives with me,” said Martinez.

A detention hearing for the suspect accused of stabbing Nordy is scheduled for Wednesday, Sept. 14.